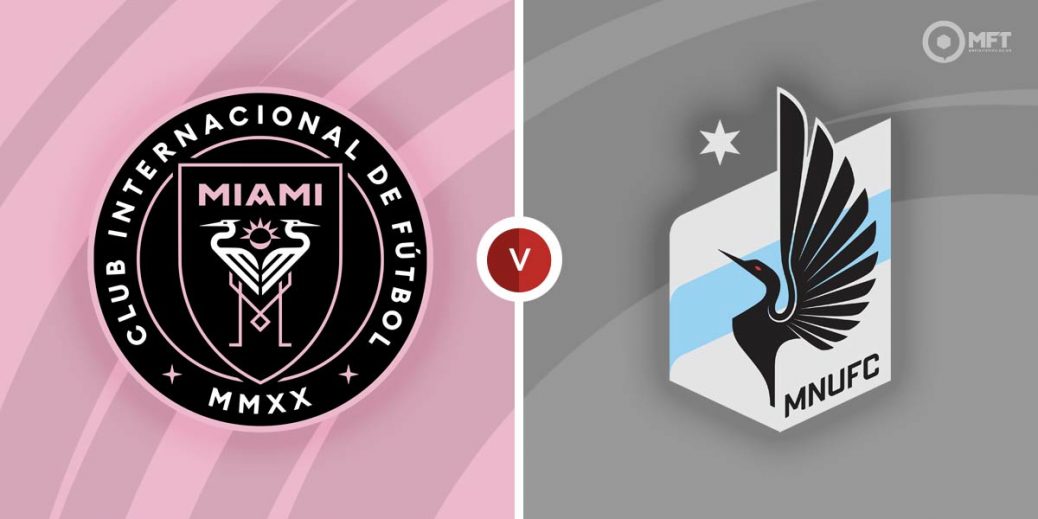 Inter Miami host Minnesota United in an MLS fixture as they look to get their campaigns back on track. Both teams are coming of defeats in their previous outings but given Miami’s recent record at home, they should have the edge here.

Inter Miami head into Sunday’s clash off the back of a 2-0 defeat to Atlanta United in their previous MLS fixture. They were second best to the hosts and finished with just three attempts on target.

Although it has been a generally disappointing campaign for Inter Miami, they have attempted to find their rhythm in recent weeks. The result in Atlanta was the first defeat in four MLS matches for Phil Neville’s men.

Key to Inter Miami’s recent resurgence is a solid home record as they are unbeaten in their last five matches at the DRV PNK Stadium. They have claimed four wins in that run and triumphed 2-1 over Portland Timbers in their previous fixture in front of their fans.

Minnesota United are also coming off a defeat as they were beaten 2-1 by New England Revolution last time out in the MLS. They failed to build on a first half effort from Emanuel Reynoso and were breached twice after the break.

That result is a pointer to Minnesota United’s disappointing campaign so far as they have now been beaten seven times this season. They are currently 11th in the Western Conference but just four points off the playoff places.

While Minnesota United will be looking to get their season back on track in Miami, they must contend with a poor record on their recent travels. Aidan Heath’s men have lost four of their last five MLS matches on the road.

Inter Miami have the edge among the bookies with a home win priced at 31/21 by SBK. A victory for Minnesota United is valued at 19/10 by BetVictor while bet365 is offering odds of 13/5 for a draw.

This is the first ever meeting between Inter Miami and Minnesota United.

Leonardo Campana has been a revelation for Inter Miami this season with the striker currently keeping Gonzalo Higuain out of the team. The Ecuadorian has found the net six times in his last five matches at the DRV PNK Stadium and is priced at 15/8 by Paddy Power to maintain his scoring run.

Minnesota United have found things difficult in attack this season with most of their goals coming from midfield. Robin Lod is their top scorer with six goals and could be worth keeping an eye on to find the net on Sunday at 16/5 with Paddy Power.

One of the major problems for Inter Miami and Minnesota United is a lack of discipline at the back which means goals can be expected on Saturday. Over 2.5 goals is priced at 4/5 by bet365 while Coral is offering 2/1 for over 3.5 goals.

Inter Miami often do their best work in front of their fans and having taken the lead in their last four home matches, could be backed to score first on Sunday at 10/11 with Coral.

This MLS match between Inter Miami and Minnesota United will be played on Jun 26, 2022 and kick off at 01:00. Check below for our tipsters best Inter Miami vs Minnesota United prediction. You may also visit our dedicated betting previews section for the most up to date previews.