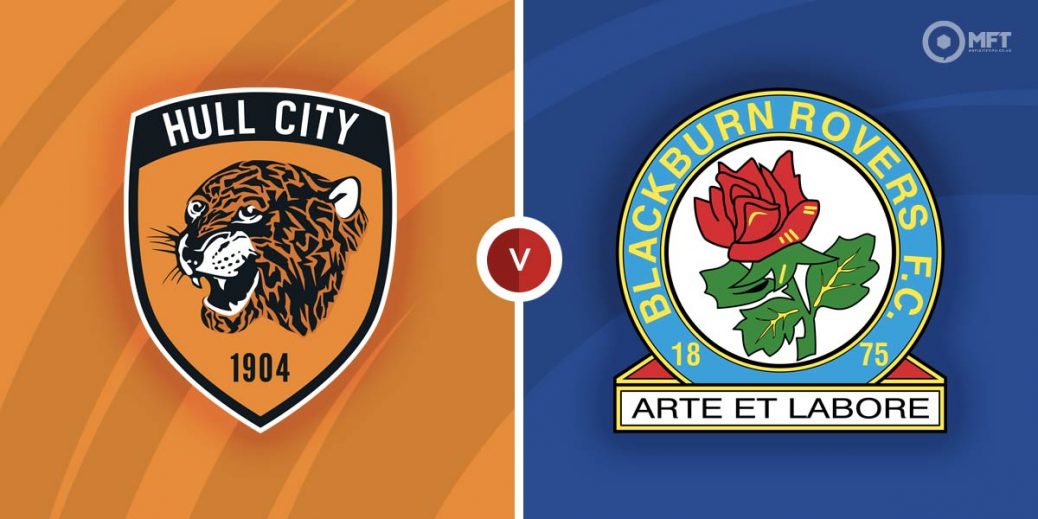 Two teams battling at opposite ends of the table square off as Hull City host Blackburn Rovers in a midweek English Championship fixture.

There appears to be no end to Hull City’s recent decline as they are currently on a six-match winless run across all competitions. They have now slipped to 19th on the Championship standings and are just four points above the relegation Zone.

Hull City are coming off a 2-0 home defeat to Stoke City in their previous Championship fixture. That was their third straight loss in the league and also the second straight match where they have failed to find the net.

Grant McCann’s men have been just as poor at home this season with just three wins from 12 matches at the MKM Stadium so far.

Blackburn Rovers were victorious in their previous Championship fixture as they triumphed 1-0 at Cardiff City. They took an early lead through Joe Rothwell and were able to hold on for the win despite finishing with 10 men.

It was a welcome return to winning ways for Blackburn Rovers, who were held to a 0-0 draw by Huddersfield Town in their previous fixture. Although they remain in the mix for automatic promotion, Fulham’s recent resurgence has seen them drop to third on the table.

Blackburn Rovers travel to Hull City unbeaten in their last 10 Championship matches, with eight wins in that run. Tony Mowbray’s men have also won their last three fixtures on the road keeping clean sheets in all three wins.

Blackburn Rovers have the edge among the bookies with an away win priced at 17/12 by SBK. Unibet is offering 11/5 for a Hull City victory while a draw is set at odds of 37/15 by Vbet.

Blackburn Rovers often come out on top in this fixture and have won the last five matches against Hull City. They claimed a 2-0 victory in the reverse fixture back in September with Daniel Ayala and Ben Brereton getting the goals.

Blackburn Rovers boast one of the best strikers in the Championship in Ben Brereton, who has 20 goals this season. The striker was also on target in the reverse fixture and is priced at 7/5 with Quinnbet to get on the score sheet.

Rovers have also shown their quality at the other end of the pitch, keeping clean sheets in their last three away matches. Jan Van Hecke and Daniel Ayala are likely to feature in central defence and can ensure that run continues at 2/1 with Paddy Power.

Blackburn Rovers have won to nil in their last five matches against Hull City and that run could be tipped to continue at 16/5 with Paddy Power. A -1 handicap could also be considered at 4/1 with betfair.

Given Hull City’s attacking problems and Blackburn Rovers’ solid defence, BTTS NO could be on the cards at 11/10 with BetVictor. Rovers can also be tipped as the only team to score at 3/1 with bet365.

This English Championship match between Hull City and Blackburn Rovers will be played on Jan 19, 2022 and kick off at 19:45. Check below for our tipsters best Hull City vs Blackburn Rovers prediction. You may also visit our dedicated betting previews section for the most up to date previews.