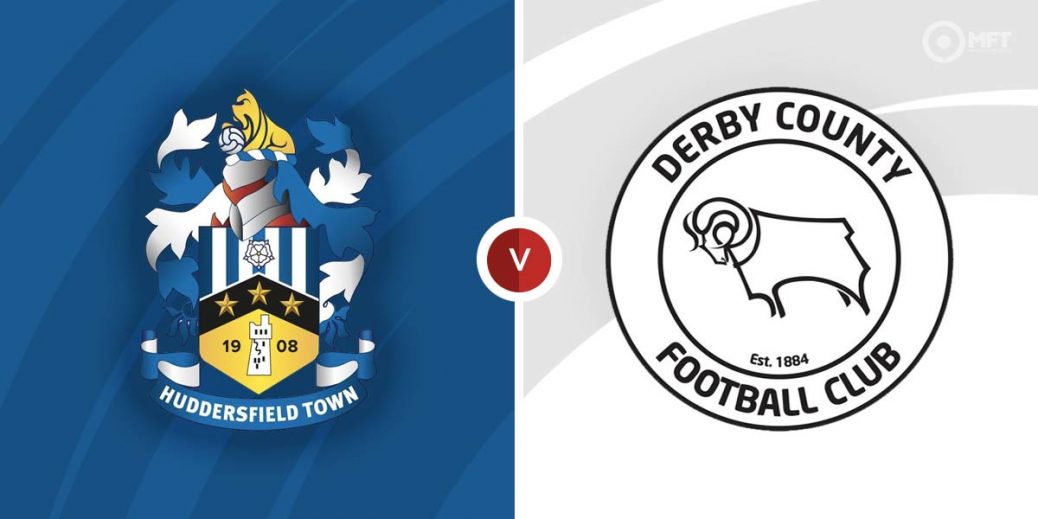 Derby County continue their push for survival as they travel to Huddersfield Town for a midweek English Championship fixture. The Rams have shown great character lately and can hold out for a point against the unconvincing Terriers.

Huddersfield Town remain in the mix for a promotion playoff place, although they sit just outside the top six. They head into Wednesday’s clash with two wins and three draws from their last five Championship matches.

One of those draws came in their previous fixture as they were held 1-1 by Stoke City on Sunday with Josh Koroma getting their goal. Carlos Corberan’s men have also been held three times in their last four Championship matches at the John Smith’s Stadium.

One area that has been a problem for Huddersfield Town in recent weeks is in defence. They are without a clean sheet in their last three Championship matches and have conceded five goals in that run.

Derby County showed a lot of fight last time out as they came from two goals down to earn a 2-2 draw with Birmingham City. Trailing by two goals heading into the final three minutes, a late blitz saw them draw level thanks to efforts from Luke Plange and Krystian Bielik.

The result means Derby County have now suffered just one defeat from their last seven Championship matches. Wayne Rooney’s men remain in the bottom three but have moved to within seven points of safety.

Defending remains a problem for Derby County as seen in the two goals conceded against Birmingham City. They have also kept just one clean sheet in their last five Championship fixtures.

Huddersfield Town have the upper hand among the bookies at 11/10 with Coral while a victory for Derby County is valued at 3/1 by SBK. A draw is set at odds of 5/2 with betway.

Derby County are unbeaten in five of the last six matches against Huddersfield Town. There have been three draws in that run, including a 1-1 scoreline in the reverse fixture back in August.

Danny Ward was not on target last time out against Stoke City but remains the top scorer for Huddersfield Town with 10 goals. The striker has found the net six times in his last seven matches and is priced at 12/5 with bet365.

Derby County will look to Tom Lawrence to maintain his recent scoring form having found the net three times in his last four matches. The midfielder is priced at 4/1 by Paddy Power to find the net on Wednesday.

Huddersfield Town and Derby County have been unconvincing at the back this season and both teams could be backed to score at evens with William Hill. The Rams saw over 3.5 goals in their last fixture and a similar outcome is valued at 10/3 by BetVictor.

Both teams have been level at the break in three of their last four meetings and could be set for a halftime draw at 11/10 Sport Nation.