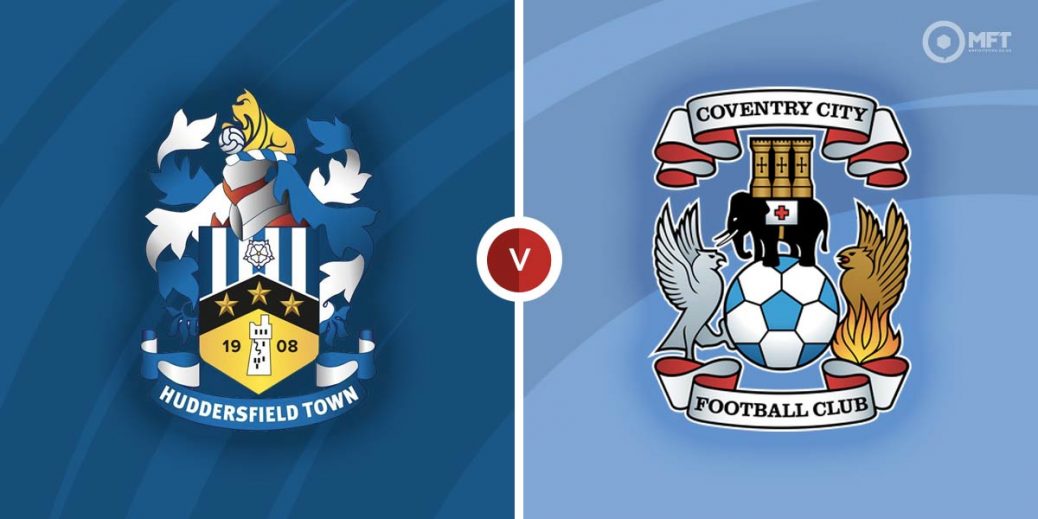 Huddersfield Town host Coventry City in a Saturday lunchtime kick-off with both teams looking to get their EFL Championship campaigns back on track. They have had similar problems lately and there appears to be little to separate them at the moment.

Huddersfield Town came into the season with plenty of optimism for a playoff finish and looked the part at the start of the campaign. However, they have found things difficult in recent weeks and have slipped into the bottom half of the table.

The Terriers have claimed just three wins from their last 10 Championship matches and were held to a 1-1 draw by Barnsley in their previous fixture. They failed to build on Lewis O’Brien’s first half lead and conceded the equaliser just before the break.

One positive for Huddersfield Town in the midst of their struggles is their home form which remains fairly solid. Chris Wilder’s men head into Saturday’s clash with just one defeat in their last six matches at the John Smith’s Stadium.

Coventry City have also been on the decline in recent weeks and are currently outside the playoff places. They are winless in their last four Championship matches and were beaten 2-1 at home by West Brom in their previous fixture.

Mark Robins’ men have been held to a draw three times in their last four matches. However, one of their more impressive results in recent times was a 2-2 draw with high-flying Bournemouth in their previous away fixture.

The result against Bournemouth points to an inability to keep things tight at the back as they led for long periods before conceding two late goals. They travel to Huddersfield with four goals conceded in their last two Championship matches.

Coventry City have the upper hand among the bookies at 7/4 with betway while a victory for Huddersfield Town is priced at 9/5 with Coral. A draw is set at odds of 23/10 with MansionBet.

Huddersfield Town and Coventry City could not be separated last season as both meetings ended in draws. The fixture at the John Smith’s finished in a 1-1 scoreline back in May.

Huddersfield Town often spread their goals across the team but Danny Ward remains their top scorer with four goals. He is expected to lead the line on Saturday and is priced at 11/4 by bet365 to get on the score sheet.

Viktor Gyokeres remains the top scorer for Coventry City this season with nine goals and will be the one to watch on Saturday. The Swedish striker could be tipped to find the net at odds of 23/10 with Paddy Power.

There were over 3.5 goals in Coventry City’s last away fixture and Unibet is offering odds of 16/5 for a repeat. Over 2.5 goals is priced at 6/5 with Unibet while both teams could be tipped to score at 19/20 with 10bet.

Both teams have been level at the break in their previous fixture and could be set for a halftime draw on Saturday at 13/12 with Vbet.