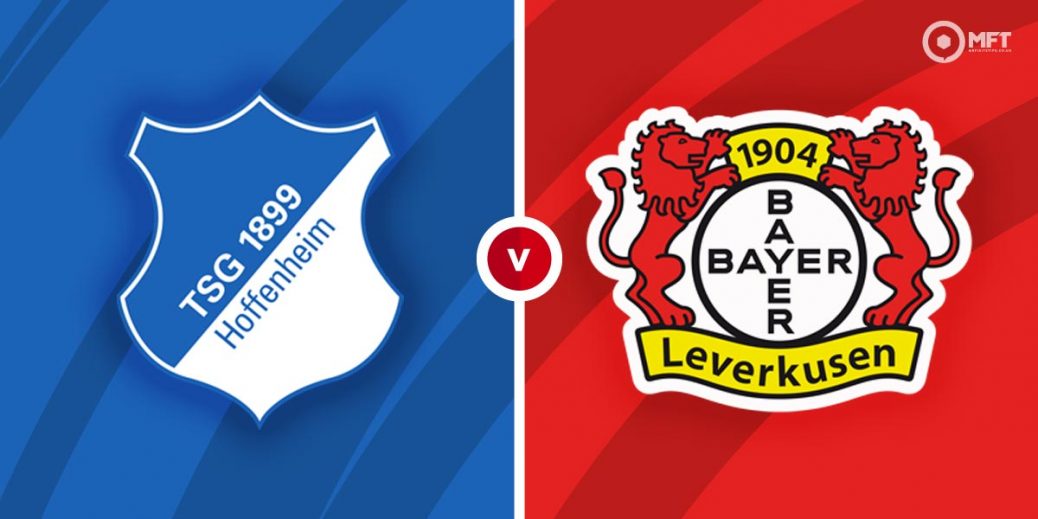 Bayer Leverkusen are hoping to keep their top four hopes alive as they travel to the PreZero Arena for a clash against Hoffenheim. The hosts have suffered a dip in recent weeks and I fancy Leverkusen to take advantage of their current form.

Bayer Leverkusen earned a 2-1 home victory against bottom side Schalke last time out in the Bundesliga. Lucas Alario opened the scoring while Patrik Schick added the second before the visitors pulled one back.

It was a much-needed victory for Hannes Wolf’s men who had failed to win in their previous two matches. It also keeps them in the hunt for a Champions League place as they sit sixth on the table, seven points behind fourth placed Eintracht Frankfurt.

Bayer Leverkusen have claimed some big wins this season and will head into Monday’s clash with plenty of confidence. Among their recent victories is a 5-2 win over Stuttgart while they also triumphed 1-0 at Borussia Monchengladbach.

Hoffenheim suffered a 2-1 defeat at Augsburg in their previous Bundesliga fixture. They fell two goals down in the first half before Robert Skov pulled one back five minutes from time.

It was the third straight Bundesliga defeat for Hoffenheim who appear to be in freefall in recent weeks. They have dropped to 12th on the table and are just seven points above the relegation zone.

Sebastian Hoeneb's men also have a poor record at the PreZero Arena where they are winless in their last five matches. They have lost their last two fixtures at home, losing 2-0 to Stuttgart prior to the defeat against Augsburg last time out.

Monday’s clash appears too close to call but Bayer Leverkusen are slight favourites among the bookies with SBK offering 13/9 for an away win. A victory for Hoffenheim is valued at 19/10 by Vbet while a draw is set at odds of 11/4 by SBK.

Given Hoffenheim’s poor form at home, I am leaning towards a win for Bayer Leverkusen.

Bayer Leverkusen have the upper hand in this fixture with 15 wins from 25 previous matches. Hoffenheim have just six victories while there have been just four draws between both teams.

Leverkusen ran out 4-1 winners in the reverse fixture back in December.

Striker Patrik Schick scored the winner last time out and could be worth a punt to score anytime at 175/100 with bet365. Top scorer Lucas Alario is also worth considering with SBK offering 9/5 on the Argentine striker in the same market.

Hoffenheim top scorer Andrej Kramaric is likely to make his return from injury on Monday and could be worth keeping an eye on. The Croatia forward is looking to add to his 14 Bundesliga goals and is priced at 20/11 in the anytime goalscorer market.

The reverse fixture produced over 4.5 goals and a similar outcome is priced at 18/5 by BetVictor. Over 3.5 goals is valued at 6/4 by Unibet while William Hill is offering 6/10 for over 2.5 goals.

Both teams often score much of their goals after the break, so the second half is likely to be the highest scoring half at evens with Paddy Power.

This German Bundesliga match between Hoffenheim and Bayer Leverkusen will be played on Apr 12, 2021 and kick off at 19:30. Check below for our tipsters best Hoffenheim vs Bayer Leverkusen prediction. You may also visit our dedicated betting previews section for the most up to date previews.