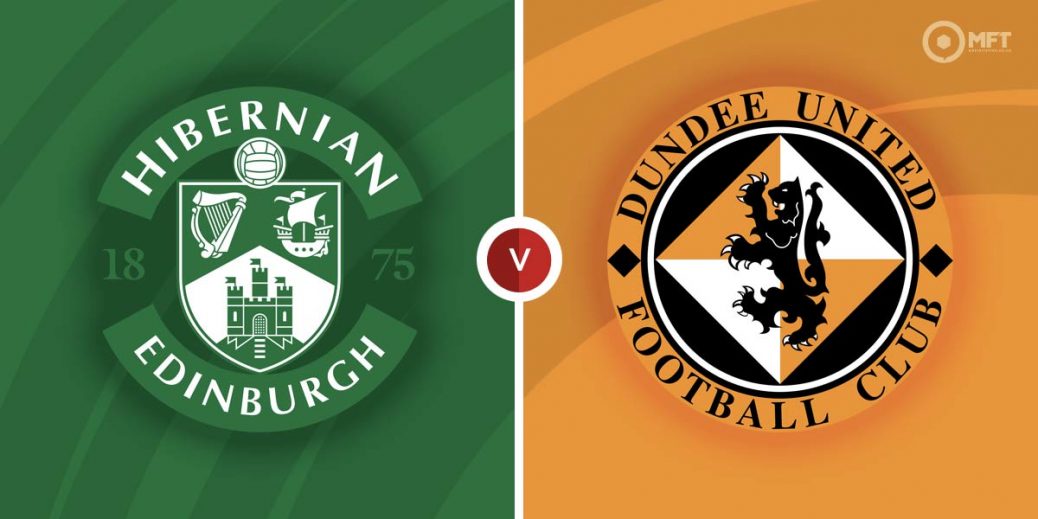 WITH just two games to go before the split, Hibs and Dundee United clash at Easter Road in what could go a long way to decide who reaches a European spot.

It's incredibly tight between United in fourth and Aberdeen in tenth with just four points blanketing seven teams who could all conceivably finish in the top or bottom half.

Something will have to give in Leith with Shaun Maloney's side knowing a win will leapfrog United into fourth.

Hibs will be looking to bounce back after a dismal last game before the international break where they were well beaten at Pittodrie. They also had key defender Ryan Porteous sent off and he will be missing against the Arabs.

But previously, they had embarked on something of a mini-run with three wins and three draws, although three of those games finished goalless.

United headed off into the international break on a real high after an injury time winner in Paisley handed them a precious win at St Mirren.

And they know victory here will seal a top six spot for Tam Courts' side.

Hibs are odds-on across the board with William Hill's 5/6 the most generous price on offer. United can be backed at 19/5 with SBK and the draw is 13/5 with bet365.

There have been three meetings this season and three away wins. United won 3-0 at Easter Road in October as can be seen below, but Hibs have defeated the hosts 3-1 twice at Tannadice.

Elias Melkersen was hailed as a new Hibs hero when he netted a double in a win at Motherwell. The Norwegian kid is 21/10 to score in Leith with bet365.

Marc McNulty makes a huge difference to Dundee United when he's in their team and although not prolific, he did net that last gasp winner in Paisley in their last game. The on loan Reading striker is 9/2 with Paddy Power to score anytime.

It's very hard to have Hibs at odds-on against anyone in the Premier League to be honest and United look a bit of value.

They have looked more solid recently and are up against a team who have only won six out of 16 home games in the league this season. For insurance purposes, take United on the double chance to win or draw at evens with 10Bet.

With Hibs minus star striker Kevin Nisbet and Christian Doidge off-form, it's hard to see where the goals are going to come from for the hosts.

Although it's odds-on, the 7/10 with BoyleSports for under 1.5 goals should come up.

United's last game against St Mirren had an incredible 19 corners. Hibs are usually good for a few too, and the 23/20 from Unibet for over 10.5 has to be backed.

This Scottish Premiership match between Hibernian and Dundee United will be played on Apr 2, 2022 and kick off at 15:00. Check below for our tipsters best Hibernian vs Dundee United prediction. You may also visit our dedicated betting previews section for the most up to date previews.