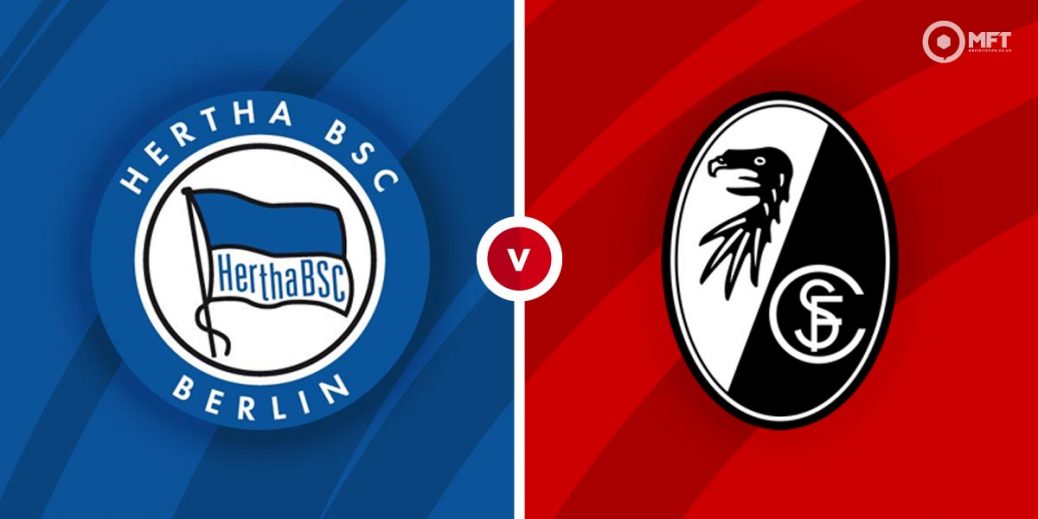 Hertha Berlin continue their fight for survival with a German Bundesliga clash against Freiburg at Olympiastadion Berlin. They have shown signs of resurgence in recent matches and should have the edge over Freiburg who have struggle on the road lately.

After a two-week halt in their season due to COVID-19 infections at the club, Hertha Berlin returned to Bundesliga action with a 1-1 draw at Mainz. They took the lead through Lucas Tousart's first half effort but failed to hold on and allowed the hosts back in the contest.

Although they remain in the bottom three, that draw could prove vital for Hertha Berlin, who are now three points from safety with two games in hand. They have shown signs of life in recent weeks and head into Thursday’s clash unbeaten in their last four matches.

Home form will be key for Pal Dardai's men in their quest for survival having claimed two wins and a draw from their last three matches at Olympiastadion Berlin. The wins were against teams ranked above them as they beat Augsburg 2-1 while also claiming a 3-1 victory over sixth place Bayer Leverkusen.

Freiburg are also coming off a draw as they were held 1-1 by Hoffenheim last time out in the Bundesliga. They fell behind before halftime and needed a late penalty from Vincenzo Grifo to salvage a point.

The visitor are safe for the season and are now targeting a finish in the top half of the table. However, their form has been erratic in recent weeks with just three wins from their last 10 Bundesliga matches.

Things have been worse for Christian Streich's men on their travels lately with just one win from their last seven away matches. They have lost the last three fixtures in that run and suffered a 1-0 defeat to struggling Arminia Bielefeld in their last outing on the road.

Hertha Berlin go into Thursday’s match as favourites among the bookies and are priced at 21/20 by Unibet to win. A victory for Freiburg is valued at 29/10 by SBK while Vbet is offering 45/17 for a draw.

With Freiburg often poor on their travels, I am leaning towards a home win for Hertha Berlin.

Hertha Berlin have a slight edge in this fixture with 10 wins from 29 previous matches. Freiburg have been victorious eight times while there have been 11 draws between both teams.

Freiburg triumphed 4-1 in the reverse fixture back in December while Hertha Berlin claimed a 1-0 victory in the last meeting at Olympiastadion Berlin.

Striker Krzysztof Piatek will be keen to make up for his late miss last time out and could be worth a punt to score anytime at 6/4 with bet365. Brazilian forward Matheus Cunha is also worth keeping an eye on in the same market at 6/4 with bet365.

Nils Petersen has seven goals for Freiburg this season and the striker is priced at 23/10 by Unibet to score anytime. Vincenzo Grifo is the club’s top scorer with eight goals from midfield and is valued at 57/20 by Sporting Index in the same market.

Hertha Berlin and Freiburg have quality in attack and should serve up goals on Thursday. SBK is offering 14/19 on both teams to score, over 2.5 goals is valued at 8/9 by the same firm while over 3.5 goals is set at odds of 9/4 by BetVictor.

Hertha Berlin could also be tipped to score in both halves at 21/10 with William Hill.

This German Bundesliga match between Hertha Berlin and Freiburg will be played on May 6, 2021 and kick off at 17:30. Check below for our tipsters best Hertha Berlin vs Freiburg prediction. You may also visit our dedicated betting previews section for the most up to date previews.