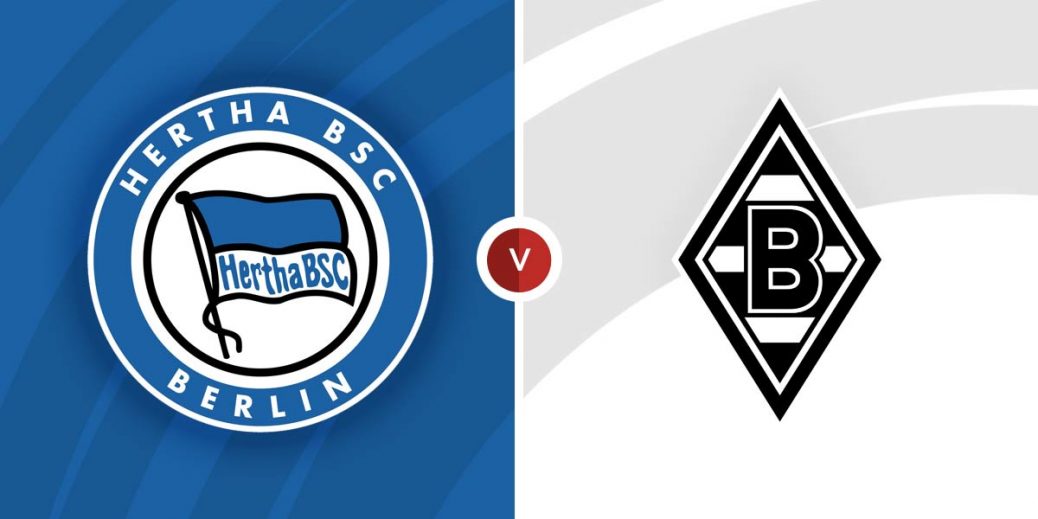 Borussia Monchengladbach will look to continue their recent resurgence when they travel to Berlin for a German Bundesliga clash against Hertha Berlin. Monchengladbach are playing with confidence at the moment and will fancy their chances against an erratic Hertha side.

Hertha Berlin are coming off a 2-1 victory at Eintracht Frankfurt last time out in the Bundesliga. They went two goals up thanks to efforts from Marco Richter and Jurgen Ekkelenkamp before Frankfurt pulled one back midway through the second half.

It has been mixed results for Hertha Berlin this season as they are currently in the bottom half of the table, just three points above the relegation zone. They have lost two of their last three matches, a run that includes a 6-0 defeat to RB Leipzig.

Manager Pal Dardai has had little to smile about at home lately with Hertha Berlin losing two of their last three matches at Olympiastadion Berlin. They head into Saturday’s clash with a 2-1 defeat to Freiburg in their last fixture at home.

Borussia Monchengladbach were held to a 1-1 home draw by Stuttgart in their previous Bundesliga fixture. They fought back from a goal down with Jonas Hoffmann grabbing the equaliser just before the break.

After enduring a slow start to the season, Borussia Monchengladbach are returning to their best form. Adi Hutter’s men have suffered just one defeat in their last five Bundesliga matches and are now in the top 10.

Monchengladbach are unbeaten in their last three matches, claiming two wins in that run, including a 3-1 victory at Wolfsburg in their previous away fixture. However, they still need to tighten up at the back having kept just one clean sheet in their eight matches this season.

The bookies have Borussia Monchengladbach as favourites with an away win priced at 39/40 by SBK. A victory for Hertha Berlin is valued at 26/9 by Vbet while a draw is set at odds of 27/10 by betfair.

Borussia Monchengladbach have a 27-25 advantage with 17 draws from 69 previous matches against Hertha Berlin. Monchengladbach are also unbeaten in the last four meetings, although the most recent clash at Olympiastadion Berlin ended 2-2 back in April.

Hertha Berlin appear to have multiple goal threats but Krzysztof Piatek often leads the line and could be worth keeping an eye on. Bet365 has the Polish striker at odds of 21/10 to score anytime on Saturday.

Much of Borussia Monchengladbach’s goals this season have come from midfield with Jonas Hoffmann scoring three times while Lars Stindl has found the net twice. Hofmann is priced at 4/1 by Paddy Power to score anytime while betfair is offering odds of 11/5 on Stindl in the same market.

Hertha Berlin and Borussia Monchengladbach produced over 3.5 goals in their last meeting and could be set for a repeat at 2/1 with BetVictor. Over 2.5 goals can also be considered at 4/5 with Sport Nation.

Both teams often score early goals and were on target in the first half of their last meeting. Saturday’s clash can be tipped to follow a similar pattern at 3/1 with SBK.