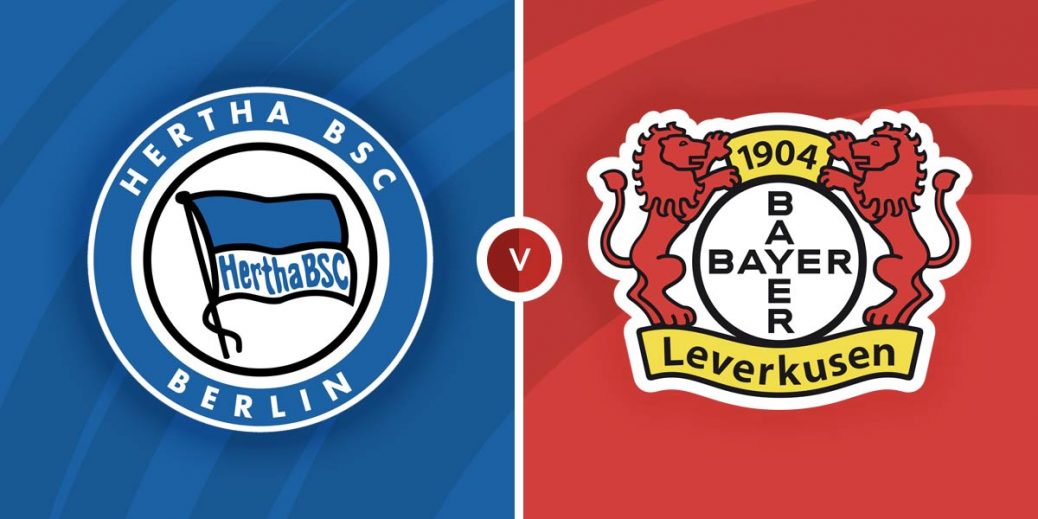 Bayer Leverkusen will attempt to snap out of a recent slump when they face Hertha Berlin in the German Bundesliga on Sunday.

It has been an indifferent start to the season for Hertha Berlin, who have suffered six defeats from 10 matches so far. The hosts are down in the bottom half of the table, although they remain just one point off the top 10.

Hertha Berlin had built some momentum following successive victories over Eintracht Frankfurt and Borussia Monchengladbach. Those encouraging results were however short-lived as they suffered a 2-0 defeat to Hoffenheim last time out in the Bundesliga.

Hertha Berlin have also been inconsistent at home and have claimed two wins and suffered two defeats in their last four matches at Olympiastadion Berlin.

Bayer Leverkusen have been poor in the Bundesliga lately but can take confidence from an impressive 4-0 win over Real Betis in the Europa League in midweek.

Leverkusen made an impressive start to the season and at some point were level with Bayern at the top of the table. However, things have gone downhill since a 5-1 defeat to the Champions and they are now winless in their last three Bundesliga matches.

Bayer Leverkusen have surprisingly fared better on their travels this season and are yet to taste defeat away from home. They have won three of their last four matches on the road, the biggest of which was a 4-0 triumph at Arminia Bielefeld.

Bayer Leverkusen have the edge among the bookies at 19/17 with SBK while a victory for Hertha Berlin is priced at 13/5 with betway. A draw is set at odds of 11/4 with bet365.

Bayer Leverkusen have a 24-14 advantage with 12 draws from 50 previous matches against Hertha Berlin. Hertha were unbeaten in this fixture last season, playing out a 0-0 draw in Leverkusen before earning a 3-0 victory in the reverse fixture at the Olympiastadion Berlin.

Hertha Berlin have multiple attacking threats with midfielder Jurgen Ekkelenkamp and striker Marco Richter among the goals lately. Bet365 has Ekkelenkamp at 3/1 to score anytime while also offering 7/2 on Richter in the same market.

Top scorer Patrik Schick is out injured for Bayer Leverkusen so Florian Wirtz will be the one to watch having scored four goals this season. The young forward was also on target in the Europa League on Thursday and is priced at 7/2 with bet365 to find the net in Berlin.

There has been over 3.5 goals in three of Bayer Leverkusen’s last four Bundesliga matches and BetVictor is offering 2/1 for a repeat. Over 2.5 goals is valued at 10/13 by SBK while both teams could be tipped to score at 33/50 with SBK.

Bayer Leverkusen have opened the scoring in four of their last five away matches in the Bundesliga and could be tipped to score first at 8/11 with BoyleSports.