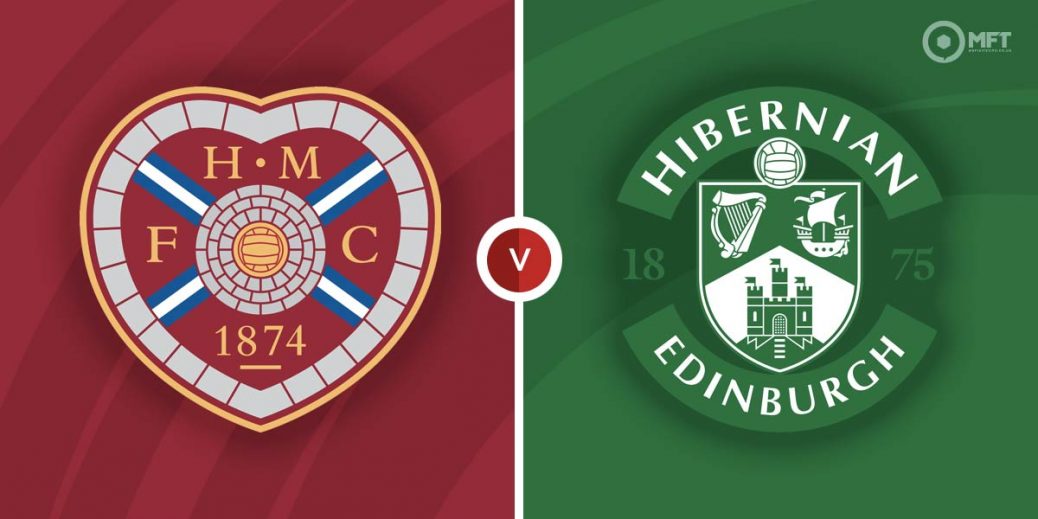 HIBS may very well need to win at Tynecastle on Saturday to be sure of their place in the top six, but Hearts would love nothing more than to send them down with the Premiership also-rans with an overdue home victory.

A first Edinburgh Derby Saturday 3pm kick off for 16 years will be the first of back-to-back derbies with a Hampden showdown next week in the Scottish Cup semi-final.

Hearts really have nothing to play for effectively because they are 14 points clear in third and 19 behind Rangers, but you can be sure they will be motivated for this one.

Robbie Neilson's men are unbeaten in six games and have won four of them. They are in a happy place and can enjoy the remainder of what has been an excellent return to the top flight.

Hibs have only lost one of their last eight games, but there are plenty of doubts swirling round Leith at Shaun Maloney's plans for the way he wants his side to play.

The loss of Scotland striker Kevin Nisbet is massive too and his replacement Elias Melkersen missed a sitter in injury time last week which would have won Hibs the points against Dundee United.

Hearts are odds-on in plenty of places, but a few bookies have stuck their heads above the parapet and gone evens, including SBK. Hibs can be backed at 3/1 with bet365 and it's 5/2 with McBookie.com for the draw.

It's fair to say the two meetings this season won't go down in history – they both finished goalless in Leith and Gorgie. Here's the Tynecastle stalemate below.

Interesting, five of the last six league meetings have seen away wins and Hibs are unbeaten on their last four visits to Tynecastle.

After failing to score during his time at Hearts at all, Barrie McKay has now netted two goals in two games. He is 6/1 to score on Saturday with William Hill.

Harry Clarke marked his Hibs debut last week with a goal and a Man of the Match performance. The on-loan Arsenal star is a class act and could be value at 9/1 to score anytime with McBookie.com.

Hearts are a long way clear of Hibs in the table for a reason. They have been very consistent and have turned Tynecastle into a fortress this season.

Their fans would relish the chance to send Hibs into the bottom six and their recent curious poor home run against Hibs needs put to bed soon. Saturday could be the day, especially with Hibs having won just three league away games all season.

As has been stated, goals are at a premium in this fixture and it could very well be decided by just one. Under 1.5 goals at 11/5 with McBookie.com has a chance.

This Scottish Premiership match between Hearts and Hibernian will be played on Apr 9, 2022 and kick off at 15:00. Check below for our tipsters best Hearts vs Hibernian prediction. You may also visit our dedicated betting previews section for the most up to date previews.