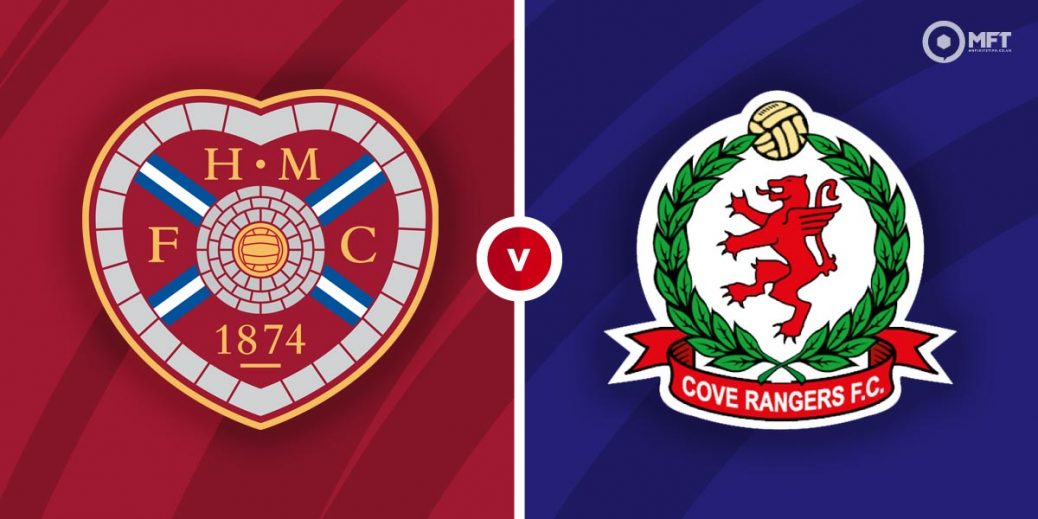 HEARTS hope to continue what should be a comfortable passage to qualify in the Premer Sports Cup on Tuesday when they welcome Cove Rangers to Tynecastle as they continue to prepare for their return to the top flight.

Robbie Neilson's side didn't tear up trees in their weekend win at a depleted Peterhead, but they got the job done professionally and will look forward to playing in front of a very limited amount of fans in Gorgie for the first time in a long while.

Much was said last season about Hearts' supposed struggles in the Championship and the style of football they played under Neilson, but they fairly effortlessly cruised to the title and they are expected to at least be a top six side this term.

Their opponents are big-spending Aberdeen side Cove Rangers who will be right up there in the bookies' favourites markets to win their League One campaign after a hefty recruitment drive this summer.

Ross County pair Iain Vigurs and Ross Draper were their headline signings this summer and they join a squad that already boasts the likes of Fraser Fyvie and Mitch Megginson.

Hearts are clear and obvious favourites at a best-priced 2/7 with Betfred. Cove Rangers can be backed at 10/1 with William Hills and the draw is 9/2 with Betway.

The sides have only met once before three years ago in Aberdeen when Hearts edged their way to a 2-1 win in the same competition.

Liam Boyce got his account for the season up and running on Saturday at Balmoor Stadium and he scored 15 last season too. He will be popular as an anytime goalscorer once bookies price that market up.

He's matched by Mitch Megginson, who also got 15 for the season last term. The former Aberdeen striker is a constant danger.

Cove got off a really poor start on Saturday when they were stunned 3-2 at home by League Two Stirling Albion at home in what was a real coupon buster.

However, they can usually be relied upon to score and former Jambo Paul Hartley will want his side to make up for that on Saturday by having a go in the capital.

Cove should certainly avoid a hammering and the 19/20 with SportNation with them getting a two-goal start on the handicap should come up too.

This Scottish League Cup match between Hearts and Cove Rangers will be played on Jul 13, 2021 and kick off at 19:45. Check below for our tipsters best Hearts vs Cove Rangers prediction. You may also visit our dedicated betting previews section for the most up to date previews.