Heart of Midlothian vs St Mirren Prediction and Betting Tips 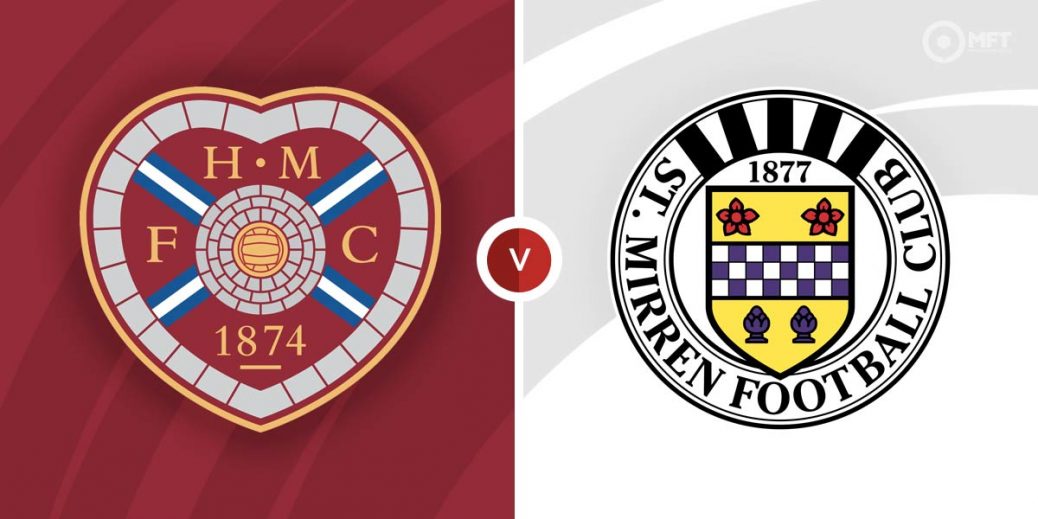 Heart of Midlothian vs St Mirren

HEART OF MIDLOTHIAN have made an impressive return to the SPFL Premiership and look dead certs for a European slot but fans want some silverware heading into this quarter-final clash with St Mirren in the Scottish Cup.

Robbie Neilson has done a remarkable job at Tynecastle and has the Jambos sitting 13 points clear in third place after winning the Championship last season.

Yet just like his first spell in charge, when Neilson performed the same feat and had them sitting second before moving to MK Dons, some punters still aren't happy.

He will need to deliver a major trophy to silence all the doubters and will be looking to go one step further in this season's Scottish Cup after the heartache of losing the delayed 2020 showpiece on penalties to Celtic.

Hearts have home advantage for this last-eight tie but it won't be easy against a Buddies side who have a decent recent record in the cups.

They memorably beat the Jambos to lift the League Cup in 2013 and St Mirren also reached the semi-finals of both knockout competitions last season.

Losing boss Jim Goodwin to Aberdeen seemed to damage morale as successor Stephen Robinson lost his first three games in charge. But a last-gasp winner from Connor Ronan at Dundee in midweek got Robinson off the mark in a dour game where both my bets came up.

That means they will head to Tynecastle with their tails up and a victory over high-flying Hearts would set them up nicely for a memorable end to the season.

Heart of Midlothian are the red-hot favourites to go through at just 4/11 with McBookie and even the win inside 90 minutes pays just 5/6 with BoyleSports.

St Mirren are 21/10 at McBookie to qualify and the odds increase to 17/4 at BetVictor for them to get the job done without extra-time and penalties. The draw at 90 minutes pays 13/5 at Bet365 and shouldn't be ruled out in what could be a tight game.

Hearts have bossed this fixture so far in the current campaign, winning all three meetings. Two of those victories came in Paisley, including a 2-0 triumph just a fortnight ago. The last Tynecastle meeting also ended in a 2-0 win for the Jambos (below).

St Mirren's record in Gorgie isn't great and you have to go back to 2013 for their last win over Hearts in the capital.

Everton loanee Ellis Simms has impressed since his January move to Hearts and one of his three Jambos goals came against St Mirren. The powerful striker is 9/5 at McBookie to net against the Buddies again.

Eamonn Brophy's return from injury is a big boost for St Mirren as he's their biggest threat when fully up to speed. The former Scotland striker is 16/5 with McBookie for a Tynecastle strike which looks decent value if he starts.

Robinson seems to have focused on making St Mirren hard to beat and they would have drawn a fourth successive blank under him had Ronan not popped up with that stoppage-time winner at Dens.

It has been 0-0 at half-time in all four of St Mirren's games under Robinson, including matches with Hearts and Celtic. That makes the half-time stalemate a good option here at 23/20 with Unibet while the odds increase to 13/8 at Bet365 for a 0-0 scoreline at the break.

Under 2.5 match goals is only worth exploring for accumulators at a best 4/6 with William Hill and it's the same for betting against BTTS at 13/17 with SportNation.

There was a red card and five yellows when these sides last faced off so this cup tie could get a bit tasty. Bet365 price over 2.5 St Mirren cards at 11/10 and that looks good value.

This Scottish Cup match between Heart of Midlothian and St Mirren will be played on Mar 12, 2022 and kick off at 19:45. Check below for our tipsters best Heart of Midlothian vs St Mirren prediction. You may also visit our dedicated betting previews section for the most up to date previews.