Heart of Midlothian vs Alloa Athletic Prediction and Betting Tips 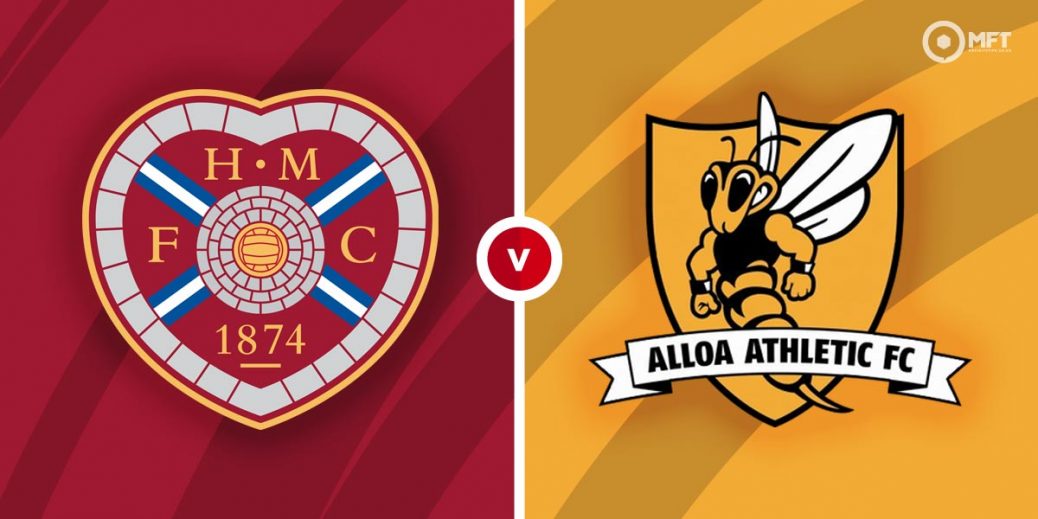 Heart of Midlothian vs Alloa Athletic

HEARTS are crawling to the line in the Championship title race but a win over rock-bottom Alloa would leave them on the brink of sealing a return to the top flight.

It's now four games without a win for the Jambos after a dreary stalemate at Dunfermline last weekend bust my coupon when I thought there would be a few goals.

A subsequent home defeat by Queen of the South and that stalemate with the Pars have done little to ease the pressure so it promises to be one of the quietest title parties ever when Hearts finally seal the deal.

Losing to Alloa will lead to further fury and the Wasps desperately need the points as they battle to beat the drop at the other end of the table.

Sitting seven points from safety with games running out, it doesn't look good for Peter Grant's side and that gap could widen further this weekend if they crash to defeat against the leaders.

Despite their dismal form the Jambos are hot favourites for this one and their best price is just 1/6 at Bet365. Alloa are 20/1 with William Hill, which might tempt a few speculative punters, while the draw pays 7/1 at Betfair.

Alloa shocked the Jambos with an extra-time win in the League Cup at the Indodrill earlier this season (below) but that's the only time in their history they have beaten the Tynecastle side in a competitive game.

Of the 16 other meetings, Hearts have won 13, including 3-0 and 3-1 triumphs in the Championship earlier this term.

Armand Gnanduillet is always a threat up front for Hearts given his aerial prowess and physique. He has scored five times since arriving in January but isn't great value for anytime scorer at a best 8/11 with VBet, although he is 3/1 with Bet365 to net first.

On-loan Kilmarnock striker Innes Cameron is also a big presence up front for Alloa. He continues to impress and looks overpriced at 9/2 with Betway for a goal.

Goals have dried up for Hearts on the road but they have still been scoring at Tynecastle, netting twice in each of their last three home games. Alloa have leaked 51 goals this term so the Jambos should get a bit of joy and over 2.5 Hearts goals pays 17/20 at TonyBet which is a decent option for accumulators.

The Wasps have been kings of the BTTS market this term with the bet landing in 17 of their last 18 games. It paid off again for me at the weekend and is a tempting 135/100 here at TonyBet. However, the Jambos have kept three clean sheets in their last five matches so that's why the bookies are going against BTTS.

In the two league meetings earlier this season, Neilson's side grabbed most of their goals in the first half and a repeat here pays 2/1 at TonyBet.

After the draw in Dunfermline, Neilson moaned that it would take a “decapitation” for his side to win a penalty so it would be ironic if they were awarded a spot-kick here. Paddy Power price the Jambos at 11/5 to score a penalty but it might be safer to spread that bet across both teams at 9/5 with the same firm.