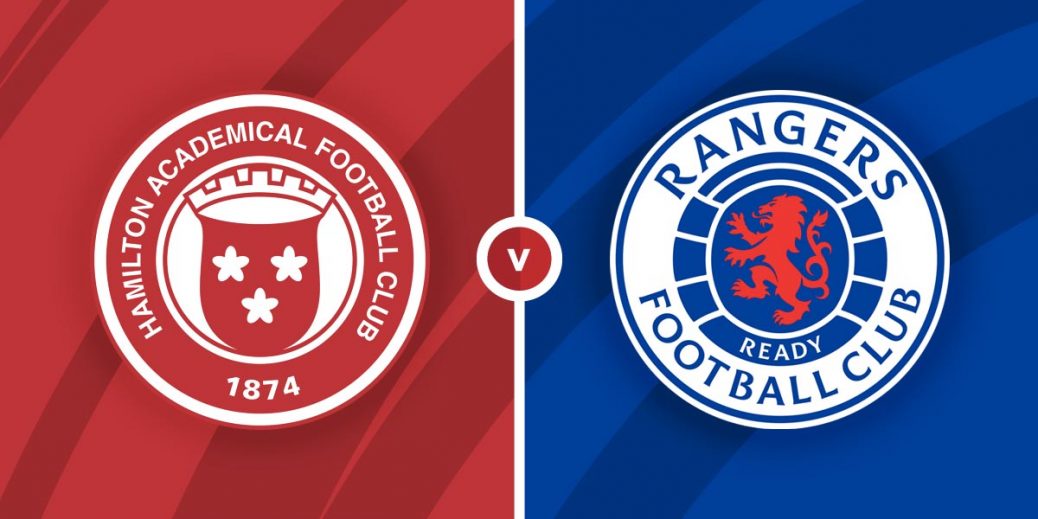 RANGERS remain unbeaten on their march towards the SPFL Premiership title and it's hard to see that changing when they visit rock-bottom Hamilton.

It's now only a question of when Gers get over the line for their first top-flight crown in a decade but they will be determined to keep that unbeaten league run going.

Since dropping points in a draw at Motherwell last month, Steven Gerrard's side have racked up three wins on the spin without conceding to move even further clear of freefalling Celtic.

And they will be massive favourites to defeat a Hamilton side who are now four points adrift of Ross County after losing to the Staggies on a good midweek of punting for me.

It looked like Accies would toast a huge win when they led 1-0 against the Staggies only for late goals from White and Mckay to leave them drowning their sorrows instead.

Hamilton are rank outsiders and are as big as 30/1 on Betfair for a shock win. Rangers are 1/10 with TonyBet who price a stalemate at 8/1.

Rangers battered Accies 8-0 at Ibrox in their last meeting and have won nine of the last 10 meetings. Hamilton's only success in that run was a shock 1-0 victory in Govan last term.

The last 11 matches in Hamilton have also ended in Gers victories, including a 2-0 triumph when Steven Gerrard's men last came calling (below).

Ianis Hagi scored Rangers' winner in midweek against St Johnstone and also netted when they last visited Hamilton. The Romanian playmaker is a decent 2/1 with TonyBet for another here.

Accies have drawn a blank in three of their last four games and when they found the target in midweek it was through an own goal. Midfielder Ross Callachan is probably their best bet for a goal as he has six for the season and is 9/1 at Unibet for anytime scorer.

It's hard to argue against another Gers win to nil given they have kept clean sheets in 22 of their last 28 league games. But it's not great value at a best 5/8 with SportingIndex.

Finding decent odds on Rangers is tough but they are 10/11 with McBookie to win both halves which is worth a punt. The same firm are offering odds on players being carded and I like the look of the 6/4 they price on Hakeem Odoffin.

This Scottish Premiership match between Hamilton Academical and Rangers will be played on Feb 7, 2021 and kick off at 12:00. Check below for our tipsters best Hamilton Academical vs Rangers prediction. You may also visit our dedicated betting previews section for the most up to date previews.