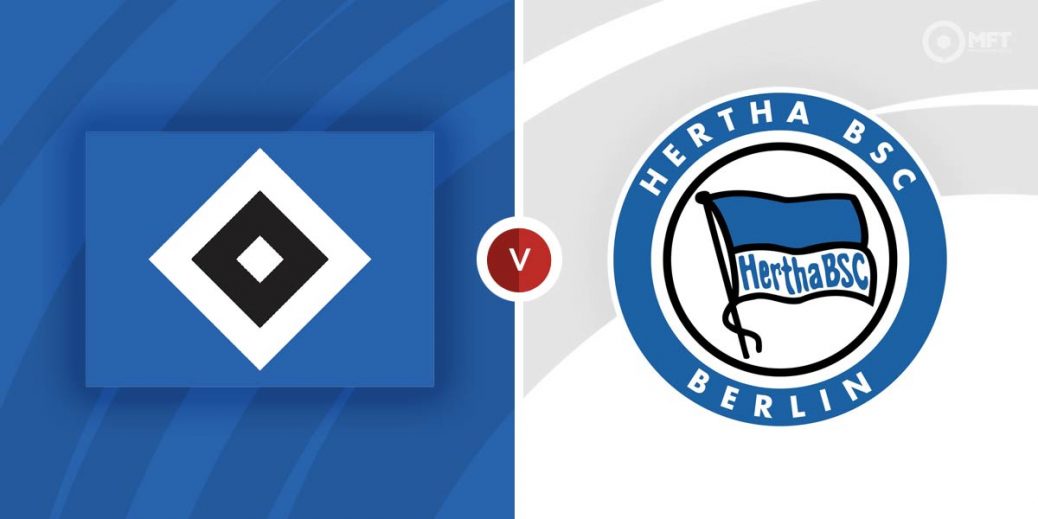 Hamburg are on the verge of a return to the big time as they host Hertha Berlin in their Bundesliga relegation playoff second leg.
It was an impressive performance from Hamburg in the first leg as they claimed a 1-0 victory at Hertha Berlin. They dominated the possession and created several chances but, in the end, had to settle for Ludovit Reis’ second half effort.

It has been a generally solid campaign for the second-tier side, finishing third in the 2 Bundesliga and also reaching the semi-final of the DFB Pokal. They are looking to cap things off with a return to the topflight for the first time since 2018 and after several near misses, manager Tim Walter will feel their time has finally arrived.

Hamburg have been in fine form latelty with the first leg result extending their winning run to five matches across all competitions. They have also been just as impressive in front of their fans with three wins from their last four matches at Volksparkstadion.

Hertha Berlin will need a much-improved performance on Monday to stand a chance of overturning the deficit. Although they created a few chances in the first leg, they were generally second best to Hamburg.

It was a disappointing Bundesliga campaign for Hertha Berlin, who are on the verge of dropping into the second tier after nearly a decade in the topflight. Things have been particularly poor in recent weeks as they head into Monday’s clash off the back of three straight defeats.

One of the reasons for Hetha Berlin’s troubles this season is a poor record on their travels. Felix Magath’s men have claimed just one win from their last 10 away matches and were beaten 2-1 by Dortmund in their previous fixture on the road.

Hamburg have the upper hand among the bookies and are priced at 13/11 by SBK to claim the win. A victory for Hertha Berlin is valued at 27/11 with SBK while William Hill is offering odds of 5/2 for a draw.

There have been 72 previous matches between Hamburg and Hertha Berlin with both teams claiming 30 wins each and 12 draws. However, Hamburg have won three of the last four meetings at Volksparkstadion.

Despite failing to score in the first leg, Robert Glatzel remains the one to watch for Hamburg having netted 22 league goals this season. The striker has also found the net seven times in his last 10 matches and is priced at 13/8 by Paddy Power to score anytime.

Ishak Belfodil has been one of the livelier players for Hertha Berlin in recent weeks and could be worth keeping an eye on. The attacker was on target in Hertha's last fixture on the road and is priced at 11/4 by Paddy Power to find the net on Monday.

There have been over 2.5 goals in Hamburg’s last 10 home matches and a similar outcome is priced at 21/20 by Unibet. Over 3.5 goals could also be considered at 28/13 by SBK while William Hill is offering 4/5 on both teams to score.

Hamburg often dominate at home and with Monday’s clash expected to be no different, they could be tipped to score in both halves at 5/2 with bet365.

This German Bundesliga II match between Hamburg and Hertha Berlin will be played on May 23, 2022 and kick off at 19:30. Check below for our tipsters best Hamburg vs Hertha Berlin prediction. You may also visit our dedicated betting previews section for the most up to date previews.