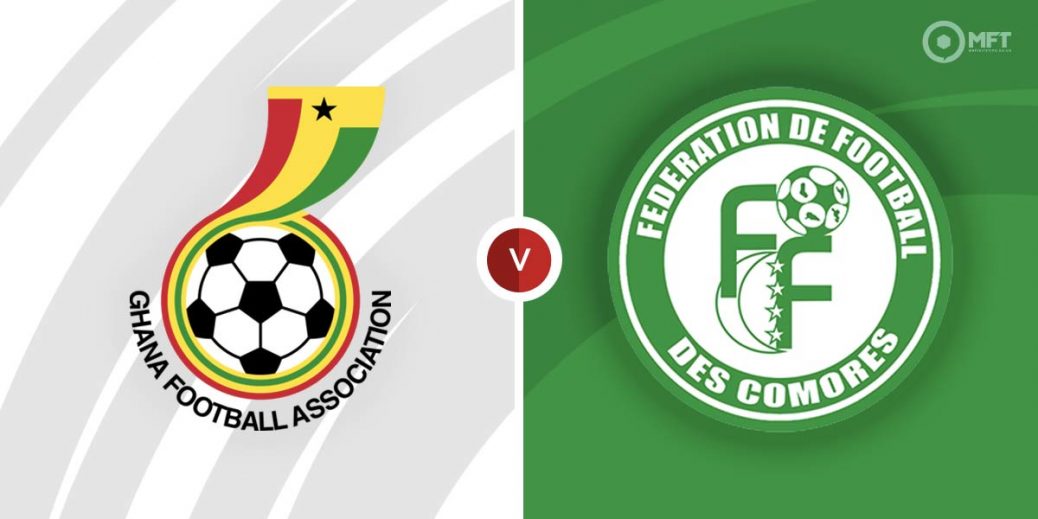 Ghana need a win to stay alive in the Africa Cup of Nations as they face Comoros in their final Group C fixture. The Black Stars will be banking on their experience in this competition which should give them the edge over the debutants.

It has been a disappointing AFCON campaign for Ghana so far as they are still seeking their first win of the competition. They began with a 1-0 defeat to Morocco before playing out a 1-1 draw with Gabon in their second Group C fixture.

The draw with Gabon will be particularly disappointing for manager Milovan Rajevac as Ghana took an early lead and led for a long period. They also missed several chances to increase their advantage before conceding the equaliser two minutes from time.

As it stands Ghana can only finish behind Morocco and Gabon in the group which could still put them in the mix as one of the best third placed teams. They will be banking on their experience on Tuesday but will need improved performances from forwards Andre and Jordan Ayew.

It has been a spirited AFCON debut for Comoros, who have shown plenty of effort and endeavour in their matches. However, results have not been up to scratch as they have lost their opening two matches in Group C.

Comoros were beaten 2-0 by Morocco in their previous fixture in the competition as a follow up to the 1-0 defeat to Gabon. Amir Abdou’s men are unlikely to progress to the next phase of the competition but will be keen to end their AFCON debut on a positive note.

While Comoros have earned some praise for their effort and endeavour in Cameroon, there has been a lack of quality in the team, particularly in the final third. They are yet to find the net in the competition and have had just one attempt on target over their two matches.

Despite their struggles, Ghana are still considered overwhelming favourites among the bookies at 30/100 with betway. A victory for Comoros is valued at 15/1 by SBK while a draw is set at odds of 9/2 with MansionBet.

Both teams met twice in a World Cup qualifier in 2015 with the first leg in Comoros ending 0-0 before Ghana claimed a 2-0 victory in the second fixture.

Andre Ayew has looked the liveliest player for Ghana in the competition and fittingly got their only goal last time out against Gabon. The forward could be worth keeping an eye on to score anytime at 6/5 with bet365.

Given Comoros’ lack of cutting edge in attack, Ghana will be targeting a shutout on Tuesday. Alexander Djiku and Daniel Amartey should continue in central defence and can lead the West Africans to a clean sheet at 4/9 with Skybet.

Comoros’ struggles in attack means a win to nil for Ghana could be considered at odds of 8/11 with BetVictor. The Ghanaians could also be tipped as the only team to score on Tuesday at 4/6 with bet365.

This African Nations Cup match between Ghana and Comoros will be played on Jan 18, 2022 and kick off at 19:00. Check below for our tipsters best Ghana vs Comoros prediction. You may also visit our dedicated betting previews section for the most up to date previews.