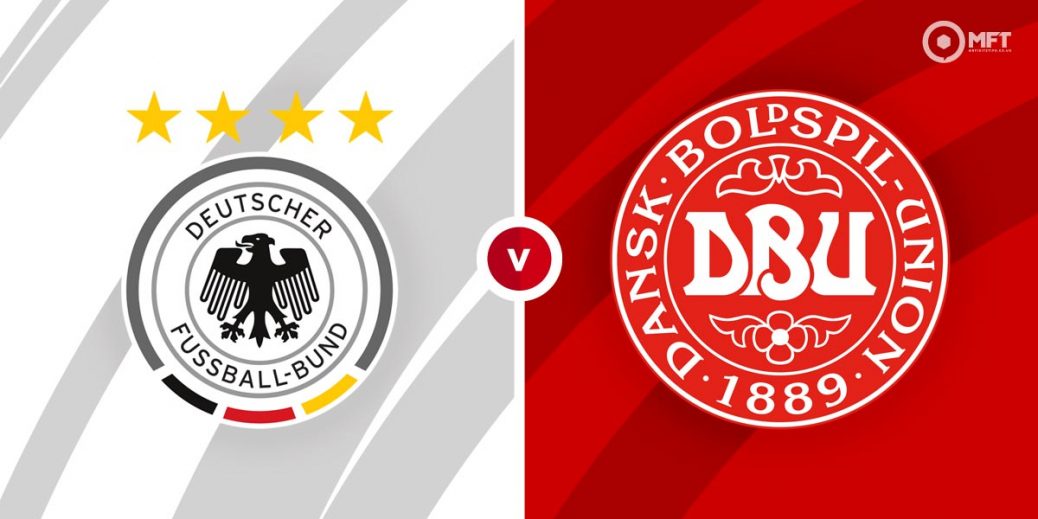 Germany and Denmark kick off their preparations for the European Championship with an international friendly at the Tivoli Stadion Tirol in Austria. With both teams often struggling defensively in recent times, goals are predicted in this one.

Germany are coming off a shock 2-1 defeat at home to North Macedonia in a World Cup qualifier back in March. Ilkay Gundogan's second half equaliser wasn’t enough as they conceded the winner five minutes from time.

The Germans will view the result as a blip having claimed four wins from their previous five matches. Manager Joachim Low is set to step aside after the European Championship and will be keen to leave on a high.

Germany's defensive problems have been well documented with a 6-0 defeat to Spain among their recent results. Dortmund centre-back Mats Hummels has been recalled in a bid to shore up the backline while Bayern Munich attacker Thomas Muller is also back to help boost the attack.

Denmark were in fine form in their previous international fixture, claiming a 4-0 victory over Austria in a World Cup qualifier. Andreas Olsen netted a brace while Pierre Emile-Hojbjerg and Joakim Maehle were also on target.

The Danes have shown their quality in recent outings and head into Wednesday’s clash with eight wins from their last nine matches across all competitions. They have also impressed going forward with 14 goals scored in their last three matches.

One problem for manager Kasper Hjulmand is his team’s defending, particularly against the bigger sides with a 4-2 defeat against Belgium highlighting their issues at the back.

Germany have been installed as favourites among the bookies and are priced at 7/5 by Unibet to win. A victory for Denmark is valued at 27/11 by Vbet while Skybet is offering odds of 12/5 for a draw.

Germany have a 15-8 advantage with four draws from 27 previous matches against Denmark. Two of the last three meetings have ended in stalemates, including a 1-1 draw in a friendly back in 2017.

Serge Gnabry carries the attacking threat for Germany with his pace and movement posing a big problem for defenders. The winger is also a major goal threat and is priced at 47/20 to score anytime.

Denmark have multiple attacking threats and it might be worth keeping an eye on strikers Andreas Cornelius and Kasper Dolberg. Unibet has Cornelius at 12/5 to score anytime while also backing Dolberg at 12/5 in the same market.

With goals expected on Wednesday, both teams could be backed to score at 14/19 with Sport Nation. Over 2.5 goals is also worth considering at 20/21 with Sporting Index while over 3.5 goals is set at odds of 47/20 by Unibet.

There are also likely to be goals in both halves at 4/5 with William Hill.

This match between Germany and Denmark will be played on Jun 2, 2021 and kick off at 20:00. Check below for our tipsters best Germany vs Denmark prediction. You may also visit our dedicated betting previews section for the most up to date previews.