Germany U21 vs Portugal U21 Prediction and Betting Tips 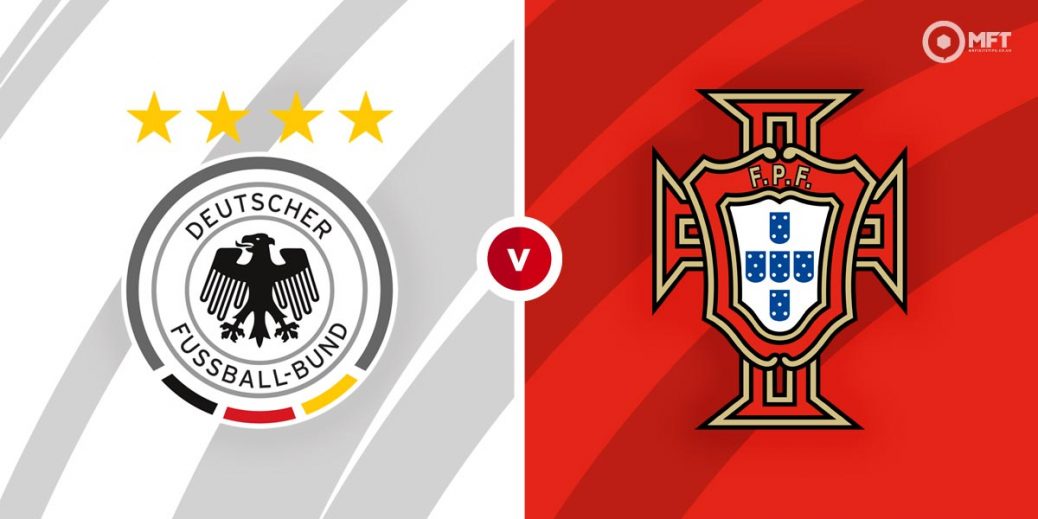 Germany U21 vs Portugal U21

Germany face Portugal in the final of the UEFA U21 Championship at Stadion Stozice in Slovenia. Both teams have impressed at the tournament but the Portuguese have looked more solid and dominant and should have the edge on Sunday.

Germany overcame Netherlands 2-1 to book their place in Sunday’s final. Florian Wirtz struck an early first half brace for the impressive Germans.

Manager Stefan Kuntz has experience in this tournament having reached the last two finals where they lost to Spain. He will be hoping to bring that experience to bear on Sunday having remained unbeaten in the competition so far.

Although they are yet to taste defeat in this year’s tournament, the Germans have not been as dominant as they would like. They have been held to draws by Netherlands, Romania and Denmark while their defence has been slightly unconvincing with three goals conceded in their last two matches.

Portugal needed an own goal from Jorge Cuenca to claim a 1-0 victory over Spain in their semi-final fixture. They defended admirably, often looking for openings on the break before getting their reward 10 minutes from time.

Rui Jorge's men have been near perfect in this year’s tournament, reaching the final with a 100% record. They had a more difficult route to the final than the Germans, topping a group that included Croatia and England before knocking out Italy and holders Spain to book their place in Sunday’s clash.

Portugal's impressive showing in the competition has been built on a solid defence that has kept four clean sheets in five matches. They are also among the leading scorers in the tournament with a 5-3 quarter-final victory against Italy highlighting their quality in attack.

The bookies are split in this one, but Germany are considered slight favourites at 7/4 with Unibet. A victory for Portugal is priced at 17/9 with Vbet, who is also offering odds of 25/11 for a draw.

While the Germans are likely to provide a sterner test and may even find the net, Portugal have looked more solid in the competition and should have the upper hand.

Portugal have won all three previous matches against Germany at this level with the most recent meeting a 1-0 victory in a friendly back in 2017.

Lukas Nmecha is the top scorer for Germany in the competition with three goals. With Florian Wirtz coming off a brace in the previous fixture the Germans will be confident of getting past the Portuguese defence at 2/5 with William Hill.

Portugal also have plenty of quality in attack with Dany Mota scoring three goals in the competition. Francisco Conceicao and Francisco Trincao have two goals each and with all three men likely to feature on Sunday, the Portuguese are expected to score at 2/5 with William Hill.

Portugal and Germany have plenty of quality in attack, so goals can be expected. Over 3.5 goals is priced at 19/5 by BetVictor, over 2.5 goals is valued at 11/8 by the same firm while William Hill is offering 10/11 on both teams to score.

Goals can be expected in both halves at 21/20 with BetVictor.

This match between Germany U21 and Portugal U21 will be played on Jun 6, 2021 and kick off at 20:00. Check below for our tipsters best Germany U21 vs Portugal U21 prediction. You may also visit our dedicated betting previews section for the most up to date previews.