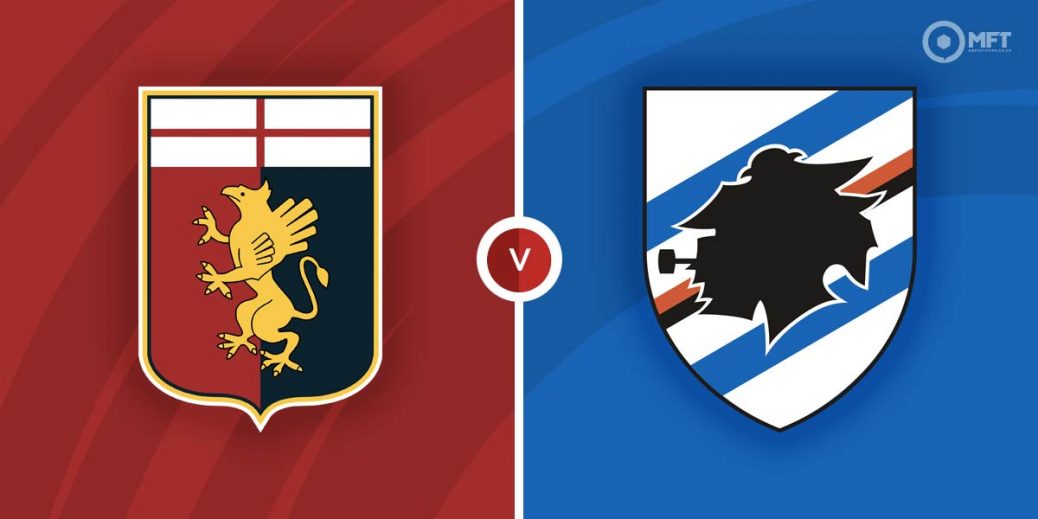 Sampdoria have the chance to put some daylight between themselves and the relegation zone as they travel to Genoa for a Friday night Italian Serie A fixture. Neither team is in great form at the moment but Sampdoria have looked slightly better than their hosts and will fancy their chances.

Andriy Shevchenko's arrival at Genoa has not produced the desired new manager bounce with Genoa still winless since his appointment. They have claimed just one win from 16 matches this season and are in a relegation scrap.

Genoa head into Friday’s clash winless in their last 13 matches. They have also failed score in their last four matches and were beaten 2-0 by Juventus last time out.

Home advantage has not counted much for Genoa this season as they are winless in their last seven Serie A matches on their own turf. They have suffered four defeats in that run and have also failed to score in the last three fixtures in front of their fans.

Sampdoria have also endured a difficult start to the campaign and are currently sitting in the bottom half of the table. They were beaten 3-1 at home by Lazio in their previous fixture but remain five points clear of the relegation zone.

Roberto D’Aversa’s men have claimed four wins in Serie This season, two of which have come in their last four matches. They also know what it is like to win on the road having recently claimed a 2-0 victory at Salernitana.

Another advantage for Sampdoria over Genoa is that they have been scoring goals on a regular basis. They have only failed to find the net once in their last 11 Serie A matches.

Sampdoria have the edge among the bookies and are priced at 19/13 by SBK to claim the win. A victory for Genoa is valued at 9/4 by Vbet while bet365 is offering odds of 23/10 for a draw.

Sampdoria have a 15-13 advantage with 11 draws from 39 previous matches against Genoa. The most recent meeting between both teams was a 1-1 draw back in March.

Manolo Gabbiadini appears to be slowly returning to his best form having scored in his last two matches. The striker could be worth considering to score anytime at 13/5 with Betfred.

Given Genoa’s problems in attack, Sampdoria will be targeting a shutout on Friday. The central defensive duo of Alex Ferrari and Omar Colley recently led the team to a clean sheet at Salernitana and will be keen for a repeat at 2/1 with betway.

Given Genoa’s problems in front of goal, BTTS NO could be considered at 23/20 with BetVictor. Sampdoria often find the net on a regular basis and could be tipped as the only team to score on Friday at 14/5 with William Hill.

If Sampdoria are expected to be the only team to score, then a win to nil could also be on the cards at 17/5 with BetVictor.

This Serie A match between Genoa and Sampdoria will be played on Dec 10, 2021 and kick off at 19:45. Check below for our tipsters best Genoa vs Sampdoria prediction. You may also visit our dedicated betting previews section for the most up to date previews.