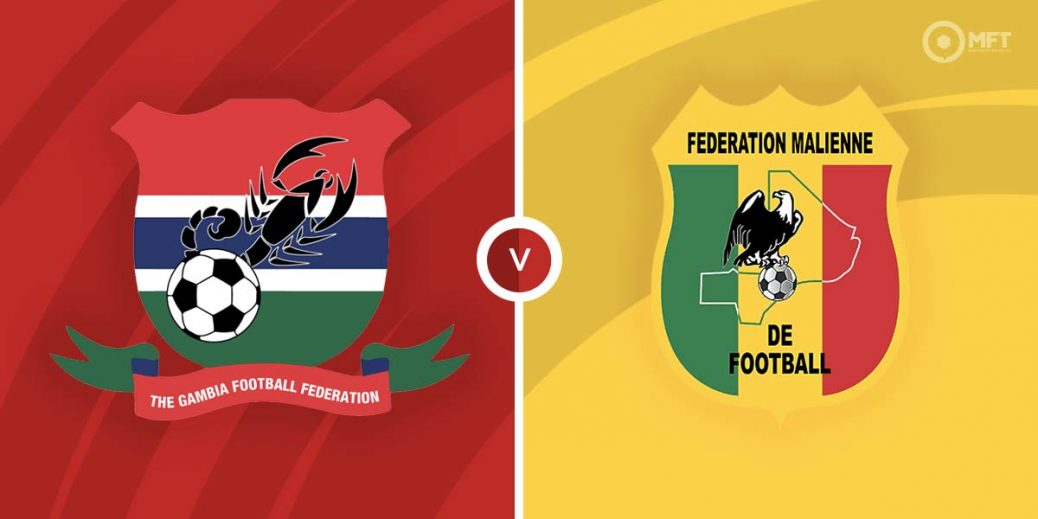 Gambia will be looking to build on a promising start to their maiden Africa Cup of Nations campaign as they face Mali in their second Group F fixture. The Malians have also made a fine start and their experience in this competition should give them the edge here.

It was a dream start for Gambia in their debut match at the Africa Cup of Nations as they claimed a 1-0 victory over Mauritania. They took the lead early in the first half through Abile Jallow and held on for the win.

While Gambia have every reason to be proud of their AFCON debut, they rode their luck a few times against Mauritania. Tom Saintfiet’s men gave away a number of chances to the Mauritanians which could be punished by more experienced teams.

Gambia will also be weary of the fact that Mauritania are potentially their easiest opponents in Group F with Mali and former Champions Tunisia still to play.

Mali were also victorious in in their opening Group F fixture with a 1-0 victory over Tunisia in a controversial game. Ibrahima Kone’s penalty proved to be the difference although the Tunisians did miss a spot kick of their own.

Mohamed Magassouba’s men are considered favourites to progress from the group and will be pleased to have made a winning start to the tournament. Having come through the most difficult fixture on paper, the Malians will fancy their chances against the other teams.

Mali came into the AFCON in good form and the result against Tunisia extends their winning run to five matches, stretching back to before the start of the tournament. That run has been driven by a sturdy defence that has kept clean sheets in all five matches.

Mali have the upper hand among the bookies and are priced at 4/5 by betway to claim the win. A victory for Gambia is valued at 7/2 by Paddy Power while a draw is set at odds of 11/5 by Paddy Power.

The only meeting between Gambia and Mali was a double header during the African Nations Championship qualifiers in 2017. They played out a 0-0 draw in the first leg while the Malians claimed a 4-0 victory in the reverse fixture.

Ibrahima Kone showed his quality in the opening fixture with a well taken goal and will be the one to watch on Sunday. The striker should have support from Adama Traore and both men can ensure the Malians find the net at 26/100 with Vbet.

Mali have also maintained a solid defence lately with clean sheets in their last five matches. Falaye Sacko and Boubakar Kouyate should continue their partnership at centre-back and can ensure that run continues at 10/11 with Paddy Power.

Mali have won to nil in their last five matches and that run could be tipped to continue at 6/4 with Vbet. Mali found the net after the break in their opening fixture, so the second half could be tipped as the highest scoring half at 23/20 with Vbet.

This African Nations Cup match between Gambia and Mali will be played on Jan 16, 2022 and kick off at 13:00. Check below for our tipsters best Gambia vs Mali prediction. You may also visit our dedicated betting previews section for the most up to date previews.