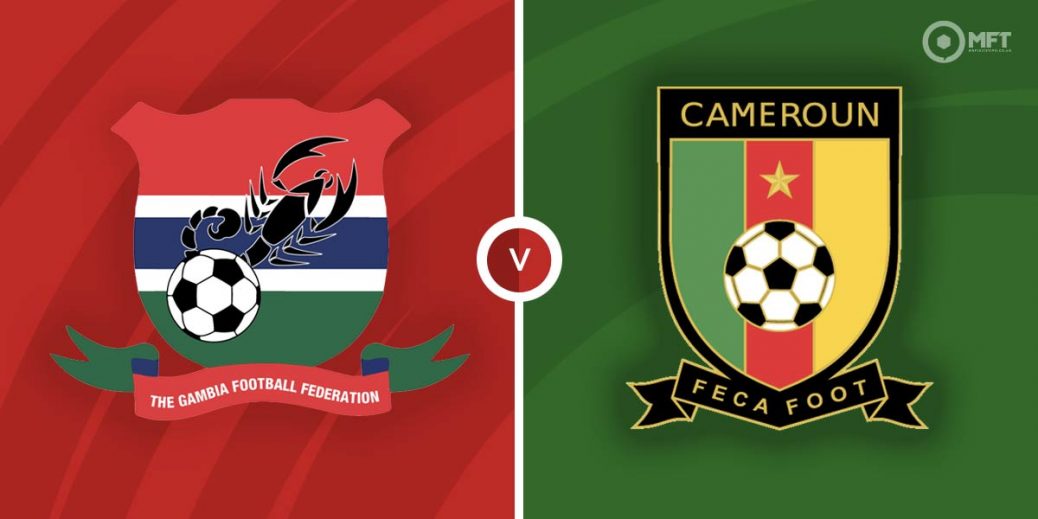 Debutants Gambia will be looking to continue their Cinderella run at the Africa Cup of Nations as they face hosts Cameroon in the quarter-finals. The hosts have relied on their experience in recent matches and should once again have the edge on Saturday.

Gambia reached the quarter-finals of the Africa Cup of Nations after claiming a 1-0 victory over Guinea in the round of 16. Musa Barrow’s effort midway through the second half proved to be the difference in a closely fought encounter.

It has been an AFCON debut to remember for Gambia as they have claimed a few big scalps on their way to the last eight. They already have the experience of beating a former champion after edging out 2004 winners Tunisia in their final Group fixture.

Gambia’s AFCON campaign has been driven by a sturdy defence that has conceded just one goal in the competition. However, they are not particularly prolific in attack having failed to score more than one goal in their matches in Cameroon.

Cameroon have impressed in this year’s AFCON and are looking like the favourites to win the title on home soil. They are unbeaten in the competition with three wins and a draw from their four matches so far.

Antonio Conceicao’s men got past the other debutants Comoros in the round of 16 to secure a berth in Saturday’s quarter-final. The five-time champions were given a stern test but goals from Karl Toko Ekambi and Vincent Aboubakar earned them a 2-1 victory.

Cameroon have scored in every match at this year’s AFCON and boast the competition’s leading scorer in Aboubakar with six goals. However, they have not been overly solid at the back and are without a single clean sheet in their four matches.

The bookies have Cameroon as favourites with SBK backing the hosts at 6/11 to claim the win on Saturday. A victory for Gambia is valued at 15/2 by Unibet while bet365 is offering odds of 14/5 for a draw.

Cameroon have won the two previous meetings with Gambia, including a 2-0 victory in an AFCON qualifier in 2016.

The duo of Musa Barrow and Abile Jallow have impressed in attack for Gambia, often troubling defenders with their pace and movement. Barrow has two goals in the competition and is priced at 7/1 by bet365 to get on the score sheet.

Vincent Aboubakar will be the one to watch for Cameroon as he looks to continue his run of scoring in every match. The striker has six goals already at the AFCON and is priced at evens by bet365 to score anytime on Saturday.

There have been goals for both teams in all four of Cameroon’s matches in the competition and that run could be tipped to continue at 7/4 with Unibet. Three of their four matches have also produced over 2.5 goals which is priced at 33/20 by Unibet.

This African Nations Cup match between Gambia and Cameroon will be played on Jan 29, 2022 and kick off at 16:00. Check below for our tipsters best Gambia vs Cameroon prediction. You may also visit our dedicated betting previews section for the most up to date previews.