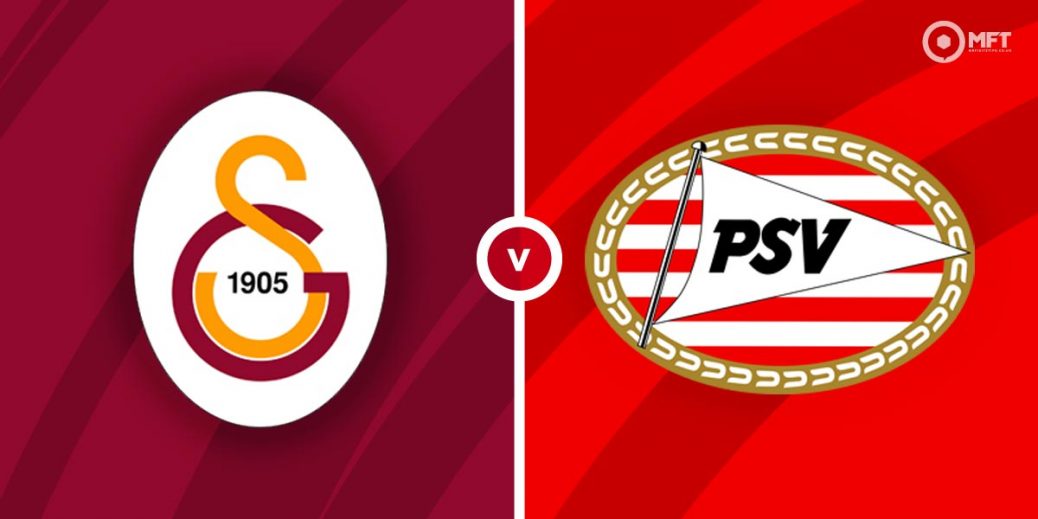 Following a comprehensive victory in the first fixture, PSV face Galatasaray in the second leg of their UEFA Champions League second round clash at Basaksehir Fatih Terim Stadium. The Dutch side showed their quality last time out and should complete the double over the Turks.

Galatasaray were woeful in the first fixture as they suffered a 5-1 defeat in Netherlands. They were second best to PSV throughout the contest and only struck a consolation through Emre Kilinc.

It was an extension of Galatasaray’s recent poor form in the Champions League having failed to win a match in the competition since 2018. They also have a poor record at home in the competition, losing three of their last four matches.

Fatih Terim’s men have conceded seven goals in their last two matches. They were breached five times by PSV in the first leg and should once again struggle against the Dutch team.

PSV showed their quality in the first leg as they put five past Galatasaray. Eran Zahavi grabbed a hat-trick while Mario Gotze netted a brace in a comfortable 5-1 victory for the Dutch side.

Roger Schmidt’s men have been in good form lately and head into Wednesday’s clash unbeaten in their last 12 matches, claiming nine wins in that run. They have also impressed on the road lately with a 10-1 friendly victory against Delbrucker among their recent away results.

PSV are known for their attacking style of play and often score plenty of goals in their matches as highlighted in the victory in the first leg. They remain suspect at the back though, having conceded in two of their last three away matches.

PSV are considered favourites among the bookies with an away win priced at 13/10 by novibet. A victory for Galatasaray is valued at 2/1 with BetVictor while a draw is set at odds of 16/5 by Sport Nation.

Having earned a comfortable victory in the first leg, PSV are expected to claim another win on Wednesday.

PSV have a fine record against Galatasaray with five wins and just one defeat rom six previous matches.

Galatasaray are chasing the game on Wednesday and will be looking to play on the front foot. Radamel Falcao and Ryan Babel will be tasked with carrying the attacking threat for the Turks and can combine to help the team to over 1.5 goals at 5/4 with bet365.

Following his hat-trick in the first leg, striker Eran Zahavi will be the one to watch for PSV. With Mario Gotze also contributing goals from midfield, PSV could be backed to score over 1.5 goals at 5/6 with bet365.

Having opened the scoring the scoring in the first leg, PSV could be backed to score first on Wednesday at 8/11 with bet365. The Dutch team could also be tipped to score in both halves at 2/1 with the same firm.

Given the outcome of the first leg, another high scoring contest could be on the cards. Over 3.5 goals is priced at 6/4 with bet365 while over 2.5 goals is set at odds of 3/5 with the same firm.

This UEFA Champions League match between Galatasaray and PSV Eindhoven will be played on Jul 28, 2021 and kick off at 19:00. Check below for our tipsters best Galatasaray vs PSV Eindhoven prediction. You may also visit our dedicated betting previews section for the most up to date previews.