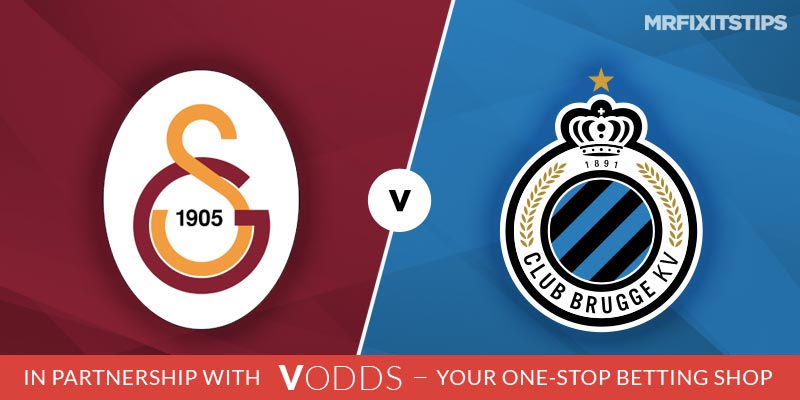 CLUB Brugge travel to Turkey hoping to keep their slim hopes of qualification to the last 16 of the Champions League alive at the Türk Telekom Stadium, home of Galatasaray.

Only a win will do for the Belgians, and even then they'd need a PSG win in Madrid to force a showdown with Zinedine Zidane's side on Matchday 6.

Galatasaray's chances of progressing are long gone, so their focus is on a win that could see them finish third in Group A, meaning they'd still enjoy European football after Christmas in the guise of the Europa League.

Still plenty to play for then in a group that was always going to be dominating by PSG and Real Madrid, but the stats would suggest that we shouldn't expect a classic.

Galatasary have had a very disappointing campaign so far. Their 0-0 draw with Brugge in the opening fixture was promising enough, but three defeats have ensued at the hands of aformentioned European superpowers, without a single goal being scored.

The lack of goals shouldn't be that much of a surprise to anyone with an interest in the Turkey Süper Lig. Radamel Falcao's stint in Turkey has been plagued by injury since his arrival from Monaco leaving Ryan Babel as their main maksman. His meagre return of just four goals is reflected in the fact that Galatasaray have scored just 13 in their opening 12 league matches to leave them toiling in eight place in the league.

Babel himself has only just recovered from an injury picked up on international duty and returned at the weekend in their 1-0 loss to İstanbul Başakşehir, their first at home in the league in 42 matches. All in all, things are pretty bleak for the Turkish champions.

Club Brugge on the other hand continue to set the pace in Belgium. They tasted defeat for the first time in the league at Antwerp a couple of weeks ago but still remain top of the table, six points (and 14 goals) ahead of Standard Liege.

The Belgian's were minutes away from pulling off one of the shocks of this season's competition when led 2-1 at the Bernabeu, only to be pegged back by Casimero's late equaliser for Real Madrid. But they were unable to build on losing both back-to-back games with PSG (0-5 & 0-1).

There's no shame in that, and the 5-0 defeat at home to PSG is they only glaring blot on their copybook this season. Going in to this match they look they better bet at 11/8, versus odds of 19/10 on the home win. I've been trying to find a way of getting onside with Brugge and fancy the 4/5 (888Sport) on them in the Draw No Bet market.

Early kick-off's have a reputation for being queiter affairs on the goals front so there's no goals bet in this one for me, however Hans Vanaken looks like value at 7/1 (bet365) to open the scoring. He's Brugge's top scorer in the league with eight goals from midfield. He's also found the net in three of Club Brugge's eight UEFA Champions League fixtures so far this season. Back him e/w for unlimited places at Bet365.

This UEFA Champions League match between Galatasaray and Club Brugge will be played on Nov 26, 2019 and kick off at 17:55. Check below for our tipsters best Galatasaray vs Club Brugge prediction. You may also visit our dedicated betting previews section for the most up to date previews.