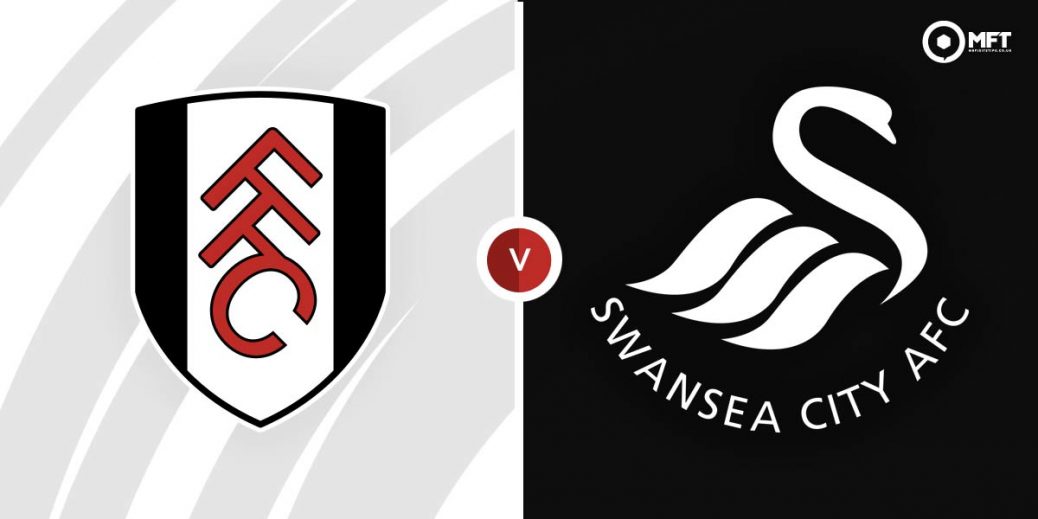 Fulham will be looking to snap out of their mini slump when they welcome Swansea City to Craven Cottage for a midweek English Championship fixture. The hosts have not been at their best lately but a solid home record will give them confidence against a struggling Swansea team.

Fulham were held to a 1-1 draw at Bristol City in their previous Championship fixture. They took the lead through Aleksandar Mitrovic but were often vulnerable on the counter and conceded the equaliser midway through the second half.

The good news for manager Marco Silva is Fulham are returning to Craven Cottage where they have a solid record. They have won two of their last three home matches and will be keen to recapture the form that saw them keep clean sheets in both victories.

Swansea City travel to Craven Cottage off the back of a 1-0 victory over Huddersfield Town last time out in the Championship. Joel Piroe's early effort proved to be the difference as they were able to hold on for the win.

It was the first win in five Championship matches for Swansea City, who have not been at their best this season. They are currently down in the bottom half of the table, just five points above the relegation zone.

Russell Martin’s men often struggle on their travels and are winless in their last three away matches across all competitions. They have suffered two defeats in that run and have conceded eight goals.

Fulham have the upper hand among the bookies at 12/25 with novibet while a win for Swansea City is priced at 13/2 by Betfred. A draw is set at odds of 37/19 by SBK.

Fulham have a 7-6 advantage with one draw from 14 previous matches against Swansea City. The Cottagers have won the last two fixtures and triumphed 1-0 in the previous home meeting, with Aleksandar Mitrovic getting the goal.

Aleksandar Mitrovic will be the one to watch for Fulham as he looks to add to his seven Championship goals this season. The Serbian striker was on target the last time he faced Swansea and is priced at 1/1 by Betfred to once again get on the score sheet.

Swansea City will look to Joel Piroe to provide the spark in attack having scored five goals in eight matches this season. The striker is priced at 17/5 by Unibet to find the net at Craven Cottage.

Fulham have kept clean sheets in two of their last three home matches and also earned a shut out the last time they faced Swansea City. The London club could be set for another clean sheet at 11/10 with Paddy Power.

It was a win to nil for Fulham in the last meeting against Swansea and a repeat could be on the cards at 11/8 with BoyleSport. The Cottagers could also be tipped in the -1 handicap market at 13/10 with betfair.

This English Championship match between Fulham and Swansea will be played on Sep 29, 2021 and kick off at 19:45. Check below for our tipsters best Fulham vs Swansea prediction. You may also visit our dedicated betting previews section for the most up to date previews.