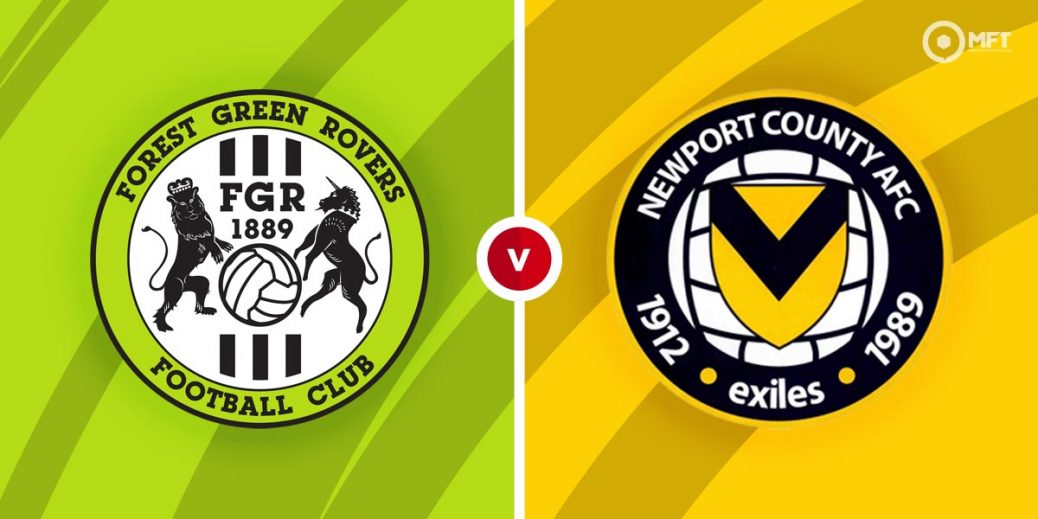 Newport County hold the advantage as they travel to the Innocent New Lawn Stadium for the second leg of their English League Two playoff semi-final against Forest Green Rovers. The return of fans is likely to give Rovers a lift but with Newport also feeling confident following the first leg win, a draw looks the most likely outcome here.

Forest Green Rovers will feel hard done after suffering a 2-0 defeat in the first leg on Tuesday. They failed to make their superior possession count with Odin Bailey and Aaron Collins guilty of missing clear chances.

Despite failing to score an away goal, manager Jimmy Ball will take some positives from his team’s performance on Tuesday. They are unbeaten in three of their last four home matches and will hope to get a lift from the returning fans at the Innocent New Lawn Stadium.

Forest Green have kept just one clean sheet in their last seven home matches. They are likely to play on the front foot on Sunday in hopes of a turnaround in the tie, which could leave them further exposed at the back.

The 2-0 victory in Tuesday’s first leg put Newport County in control of this semi-final tie. They rode their luck at times but goals in each half from Matty Dolan and Lewis Collins earned them a comfortable victory.

The result was an extension of their form at the end of the regular season as Michael Flynn’s men are now unbeaten in their last six matches. They also have a decent record on their travels and have drawn their last three away matches.

The one blemish for Newport County is a poor defensive record on the road that has seen them concede in five of their last six away matches. However, with Forest Green likely to adopt an open style and having scored twice in the first leg, they could get some luck on the counter.

Forest Green Rovers are favourites among the bookies with SBK offering 18/11 for a home win. A victory for Newport County is valued at 2/1 by Unibet while a draw is set at odds of 23/10 by Sporting Index.

Newport County have drawn their last three away matches and can hold out for another one on Sunday.

Newport County have a 6-5 edge with seven draws from 18 previous matches against Forest Green Rovers. They won the first leg 2-0 and earned a 1-1 draw on their last visit to the Innocent New Lawn Stadium.

Odin Bailey and Aaron Collins will be hoping for better luck after missing several chances on Tuesday. With both men expected to find their touch in front of goal, Forest Green Rovers could be backed to score at 3/8 with Vbet.

Newport County put two past their hosts in the first leg thanks to Matty Dolan and Lewis Collins. With Forest Green expected to adopt a progressive style, they will be confident of once again finding the back of the net at 4/11 with Sporting Index.

It was an open encounter in the first leg and with Sunday’s match likely to follow a similar pattern, goals can be expected. William Hill is offering 10/11 on both teams to score, over 2.5 goals is priced at 5/4 by Paddy Power while over 3.5 goals is set at odds of 31/10 by SBK.

There are likely to be goals in both halves at evens with William Hill while a halftime draw could also be on the cards at 11/10 with Skybet.