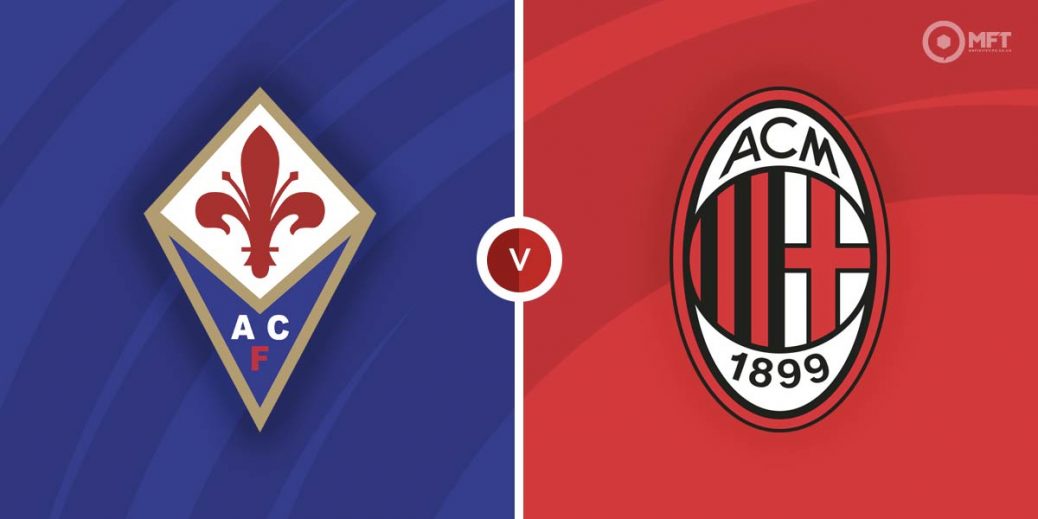 AC Milan will put their unbeaten record on the line when they face Fiorentina in an Italian Serie A clash on Saturday. Milan have done well in this fixture and with La Viola often inconsistent, they will fancy their chances of coming out on top.

After struggling throughout last season, Fiorentina have shown plenty of improvement this term and are comfortably in the top half of the table. However, they suffered a 1-0 defeat to Juventus in their previous Serie A fixture prior to the international break.

Vincenzo Italiano’s men have claimed just two wins in their last six Serie A matches, suffering four defeats in that run.
One positive for Fiorentina is the form of Dusan Vlahovic, who appears to be carrying on from his impressive showing last season. However, the striker’s exploits in attack are usually undone by a leaky defence that has kept just two clean sheets in the last six matches.

AC Milan are one of two unbeaten teams still left in Serie A this season, the other being Napoli. They have matched the Neapolitans every step of the way so far with both teams level at the top of the standings, seven points above their closest challengers.

The Rossoneri travel to Fiorentina off the back of a 1-1 draw with local rivals Inter Milan in their previous Serie A fixture. They fell behind early in the contest but benefitted from an unfortunate owngoal from Stefan De Vrij.

Stefano Pioli’s men have also been impressive on their travels this season, winning their last four away matches in Serie A. They have already won at Atalanta this term and also claimed a 2-1 victory over Roma in their previous away fixture.

AC Milan are considered favourites among the bookies with an away win priced at 11/9 by SBK. A victory for Fiorentina is priced at 12/5 by SBK while a draw is set at odds of 13/5 with Unibet.

AC Milan are unbeaten in their last three matches against Fiorentina and did the double over their rivals last season. The Rossoneri claimed a 3-2 victory in this fixture last term with Zlatan Ibrahimovic opening the scoring.

Dusan Vlahovic has been the star for Fiorentina this season and is looking to add to his tally of eight goals in 12 matches. The striker netted a hat-trick against Spezia in his previous home fixture and is priced at 15/8 by Betfred to score anytime.

Zlatan Ibrahimovic has been in good form since returning from injury and has found the net in his last two away matches. The striker also has nine goals in 16 appearances against Fiorentina and could be tipped to get on the score sheet at 7/5 with Sport Nation.

The last meeting between Fiorentina and AC Milan produced over 4.5 goals and Saturday’s clash could be set to follow a similar pattern at 11/2 with Paddy Power. Over 3.5 goals is valued at 11/5 with BetVictor while 10bet is offering 6/7 for over 2.5 goals.

Both teams could be tipped to find the net at 8/11 with William Hill. AC Milan have scored in both halves in their last three away matches in Serie A and that run is likely to continue at 9/4 with Unibet.

This Serie A match between Fiorentina and AC Milan will be played on Nov 20, 2021 and kick off at 19:45. Check below for our tipsters best Fiorentina vs AC Milan prediction. You may also visit our dedicated betting previews section for the most up to date previews.