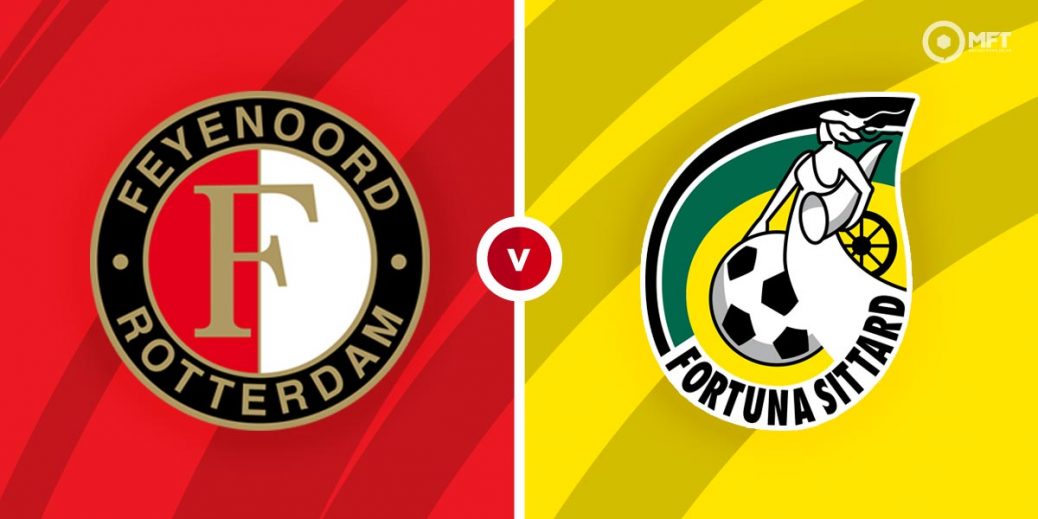 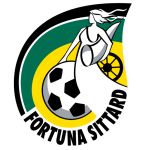 Feyenoord will be looking to bounce back from a mini slump when they host Fortuna Sittard in a Dutch Eredivisie clash at De Kuip. The hosts need to turn a string of recent draws into wins and should have too much for Fortuna Sittard, who have looked out of sorts lately.

Feyenoord are coming off a disappointing 1-1 draw against troubled FC Emmen in their previous Eredivisie fixture. They failed to build on Orkun Kokcu's first half opener and conceded the equaliser 11 minutes from time.

It was the second straight draw for Dick Advocaat's men who also held title chasers PSV 1-1 in their previous fixture. They currently occupy one of the Europa League playoff spots, seven points behind second place PSV.

Feyenoord will be banking on their recent form at home where they have claimed three wins in their last four matches. They often score most of their goals at home and can count a 5-0 victory over Willem II and a 3-1 triumph against PSV among their results in that run.

Fortuna Sittard travel to Dr Kuip off the back of a 1-0 defeat against Utrecht in their previous Eredivisie outing. They struggled to create enough goalscoring opportunities and finished with just a single attempt on target.

Sjors Ultee’s men have slipped into the bottom half of the table following a run of three defeats in their last four matches. All three defeats have come against teams ranked above them on the table, including a 3-1 loss to PSV.

Feyenoord go into Sunday’s clash as favourites with Vbet offering 6/13 for a home win. A victory for Fortuna Sittard is priced at 6/1 by SBK while a draw is set at odds of 4/1 by Unibet.

Feyenoord often do their best work at home and I am backing them to claim the win over Fortuna Sittard.

Feyenoord have the advantage in this fixture with 16 wins from 22 previous matches. Fortuna Sittard have claimed five victories while there has been just one draw between both teams.

Dick Advocaat’ men are unbeaten in the last three meetings and claimed a 3-1 victory in the reverse fixture back in November.

Feyenoord will look to Steven Berghuis to spearhead attack as he looks to add to his 15 goals this season. Unibet has him at 17/20 to score anytime while Paddy Power is offering 7/2 for the first goal.

Sebastian Polter is the one to watch in attack for Fortuna Sittard and has scored eight goals this season. He is priced 14/5 by Unibet to score anytime while fellow forward Zian Fleming has also found the net eight times and is valued at 14/5 by Skybet in the same market.

Both teams have quality in attack and could be backed to score in the first half at 29/10 with Unibet. A score/win double with Steven Berghuis and Feyenoord could be worth a punt at evens with Skybet while the hosts could also be backed to earn a win and over 2.5 goals at 17/20 with betway.

This Dutch Eredivisie match between Feyenoord and Fortuna Sittard will be played on Apr 4, 2021 and kick off at 11:15. Check below for our tipsters best Feyenoord vs Fortuna Sittard prediction. You may also visit our dedicated betting previews section for the most up to date previews.