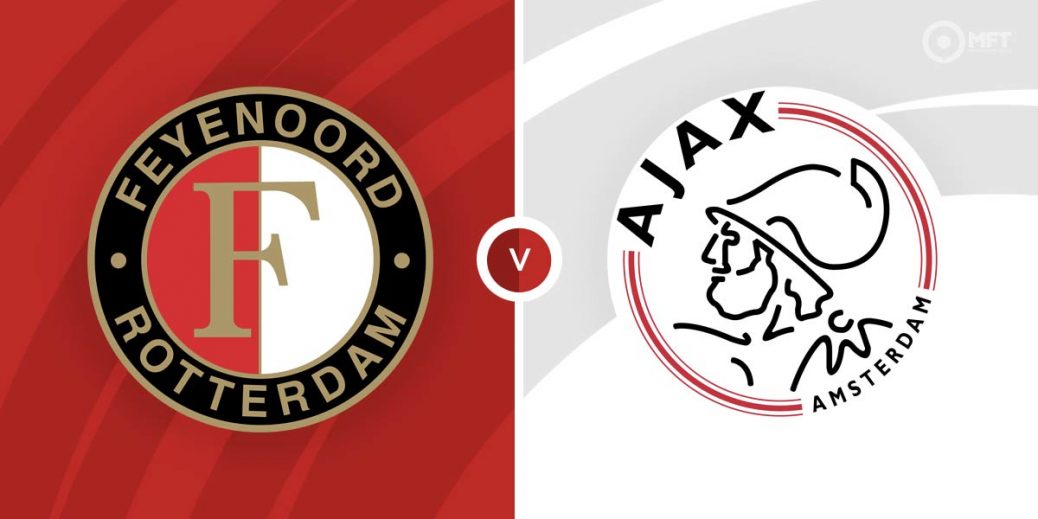 Two of the frontrunners in this season’s Eredivisie square off on Sunday as Feyenoord host champions Ajax. Both teams are level on points but Ajax have gained the upper hand in recent meetings and will fancy their chances here.

Feyenoord have plenty of reasons to be pleased with their season so far as they are currently part of a group of three setting the pace in the Eredivisie. They have suffered just two defeats this season and are just one point behind leaders PSV.

Home form has been pivotal to Feyenoord’s success this season as they are unbeaten at De Kuip. They are also currently on a four-match winning run in front of their fans.

Arne Slot’s men have looked slightly off colour in recent weeks and were held to a 1-1 draw by Groningen last time out in the Eredivisie. They followed that up with a 2-1 extra-time defeat to Twente in the Dutch Cup on Wednesday.

Ajax have been knocked off the summit of the Eredivisie following a surprise 2-1 home defeat to AZ Alkmaar in their previous fixture. They were uncharacteristically sloppy and wasteful in front of goal and were duly punished by Alkmaar.

Erik Ten Hag’s men have now dropped to second on the table, one point behind PSV following that defeat. They bounced back in style in midweek after claiming a 4-0 victory over lower league side Barendrecht in the Dutch Cup.

Ajax are generally solid on their travels and are unbeaten away from home this season. Some of their biggest wins this term have come on the road, including a couple of 5-0 victories over RKC Waalwijk and Fortuna Sittard.

The bookies have installed Ajax as overwhelming favourites at 4/5 with bet365 while a victory for Feyenoord is priced at 16/5 with MansionBet. A draw is set at odds of 16/5 with SBK.

Ajax have the upper hand in recent meetings and have won the last four matches against Feyenoord. They did the double over their rivals last season with the clash at De Kuip ending in a 3-0 victory.

Bryan Linssen will be the one to watch for Feyenoord as he looks to add to his 10 Eredivisie goals this season. The striker has found the net four times in his last three home matches in the league and is priced at 3/1 by bet365 to score anytime.

Sebastien Haller was rested for the midweek Dutch cup clash but is expected to return to the team on Sunday. The striker is Ajax’s top scorer this season with 10 Eredivisie goals and is priced at evens by bet365 to find the net.

Feyenoord and Ajax have seen high scoring encounters this season and Sunday’s clash could be tipped to produce over 3.5 goals at 29/20 with Unibet. Both teams have a knack for early goals and could be tipped to score in the first half at 11/4 with bet365.

Six of Sebastien Haller’s 10 goals this season have been the opener and the striker could be backed to score first on Sunday at 4/1 with bet365.

This Dutch Eredivisie match between Feyenoord and Ajax will be played on Dec 19, 2021 and kick off at 13:30. Check below for our tipsters best Feyenoord vs Ajax prediction. You may also visit our dedicated betting previews section for the most up to date previews.