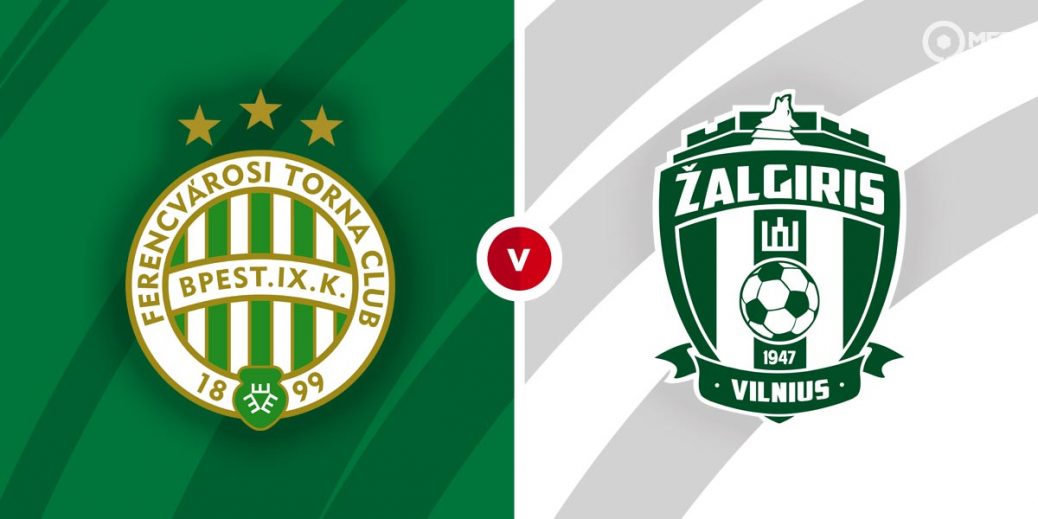 Ferencvarosi welcome Zalgiris to the Groupama Arena for the first leg of their UEFA Champions League second round qualifier. While Zalgiris have the quality to trouble Ferencvarosi, the hosts are solid at home and should have the edge here.

Ferencvarosi claimed a 6-1 aggregate victory over Prishtina to book their place in the second round. After claiming a 3-0 victory in the first leg, they triumphed 3-1 in the return fixture with Myrto Uzuni netting a hat-trick.

The Hungarians progressed all the way to the group stage of the Champions League last season, although they failed to win any of their matches. They will be hoping for a repeat this year and have shown some good form in recent weeks, winning their last nine fixtures.

Manager Peter Stoger sets his team up to play on the front foot as evidenced by the six goals scored in the two matches in the previous round. They have also found a nice balance in defence with three clean sheets in their last four home matches.

Zalgiris showed their quality in the previous round as they did the double over Northern Irish side Linfield. They claimed a 3-1 victory in the first leg at home before triumphing 2-1 in the return fixture for a 5-2 aggregate win.

Vladimir Cheburin’s men are making a return to the Champions League for the first time since 2017. While they will take some confidence from the win over Linfield, their record in the competition has not been the best.

Zalgiris have never made it beyond the preliminary stages of the competition and the victory over Linfield was their first ever away win in the competition. Adding to the difficult task in Hungary is the absence of key defender El Hadji Diaw and midfielder Karolis Uzela, who are both suspended after receiving Red cards against Linfield.

The bookies have installed Ferencvarosi as overwhelming favourites with a home win priced at 39/100 by novibet. A victory for Zalgiris is valued at 10/1 by SBK while BetVictor is offering 19/5 for a draw.

Given Ferencvarosi's fine form in recent weeks and with Zalgiris missing key players, I am leaning towards a comfortable home win here.

This will be the first ever meeting between Ferencvarosi and Zalgiris.

Striker Myrto Uzuni netted a hat-trick in the previous fixture and could be worth keeping an eye on for Ferencvarosi. Tokmac Nguen and Ryan Mmamee often provide support in attack and all three men can produce over 1.5 goals for the Hungarians at 4/7 with Red Zone.

Ferencvarosi have looked solid in defence lately, keeping three clean sheets in their last four home matches. Miha Blazic and Henry Wingo are set to feature in defence and will hoping for another clean sheet at 17/20 with Sporting Index.

Ferencvarosi have won to nil in three of their last four matches and could be backed for a similar outcome at 23/20 with Sporting Index. A -1 handicap for the Hungarians could also be considered at 6/5 with Red Zone.

A halftime win for Ferencvarosi is set at 10/11 with MansionBet while they could also be tipped to score in both halves at 11/8 with William Hill.

This UEFA Champions League match between Ferencvarosi and Zalgiris will be played on Jul 20, 2021 and kick off at 19:00. Check below for our tipsters best Ferencvarosi vs Zalgiris prediction. You may also visit our dedicated betting previews section for the most up to date previews.