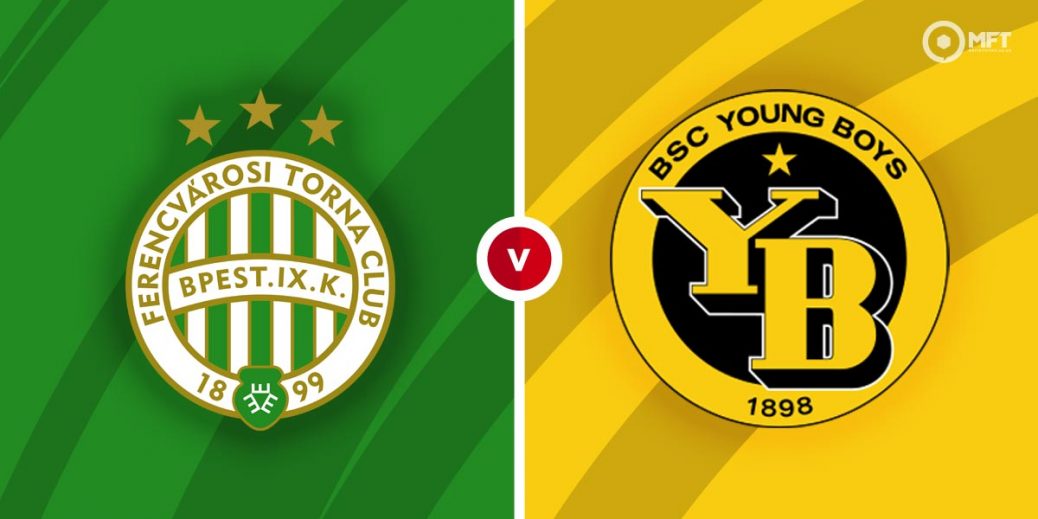 Young Boys hold a slim advantage as they travel to the Groupama Arena for the second leg of their UEFA Champions League Playoff against Ferencvaros. It was a six-goal thriller in the first fixture and with neither team looking convincing at the back lately, another high scoring contest is predicted here.

Ferencvaros showed their quality against Prishtina, Zalgiris and Slavia Prague to book their place in the playoffs. However, they were beaten 3-2 in the first leg against Young Boys with a brace from Franck Boli giving them a lifeline.

Having played among Europe’s elite in the group stage of last season’s Champions League, Ferencvaros have experience at this stage of the competition. Peter Stoger’s men will be banking on the fortress that is the Groupama Arena where they have won their last three matches in the qualifiers.

Defending remains a problem for Ferencvaros, who have kept just one clean sheet in their last six matches across all competitions. They have also conceded five goals in their last three fixtures, including three in the first leg against Young Boys.

Young Boys travel to Ferencvaros with a slim advantage after claiming a 3-2 home victory in the first leg despite playing much of the game with 10 men. They had three different goalscorers with Meschack Elia, Vincent Sierro and Ulisses Garcia all on target.

David Wagner has had a fine start to life as manager of Yong Boys having knocked out Slovan Bratislava and CFR Cluj in the previous rounds. They are now one step away from a return to the group stage of the Champions League for the first time since 2018.

Young Boys have a good record on their recent travels and are unbeaten in six of their last seven away matches. However, like Ferencvaros, they often struggle defensively and have failed to keep a clean sheet in their last five matches.

Young Boys have the edge among the bookies and are priced at 13/12 by Vbet to claim the win. A victory for Ferencvaros is priced at 5/2 with bet365 while a draw is set at odds of 16/5 with Unibet.

Both teams appear evenly matched at the moment and are likely to battle to a draw.

Ferencvaros and Young Boys had never met prior to last week’s first leg.

Franck Boli has scored four times in his last two matches while Myrto Uzuni has also been among the goals lately. Ferencvaros have found the net in each of their last 10 home matches and with Boli and Uzuni featuring in attack, that run is likely to continue at 1/4 with Vbet.

Young Boys have multiple goal threats and have scored in each of their last four qualifying matches. Jordan Siebatcheu, Vincent Sierro and Meschack Elia have all been among the goals lately and can ensure the Swiss side continue their scoring run at 1/7 with Vbet.

There were over 4.5 goals in the first leg and a similar outcome is priced at 3/1 with Unibet. Over 3.5 goals is valued at 11/8 with BetVictor while William Hill is offering 4/7 on over 2.5 goals.

Ferencvaros and Young Boys were on target after the break in the first leg and both teams could be backed to score in the second half at 13/8 with bet365. The second half could also be tipped as the highest scoring half at 20/21 with bet365.

This UEFA Champions League match between Ferencvaros and Young Boys will be played on Aug 24, 2021 and kick off at 20:00. Check below for our tipsters best Ferencvaros vs Young Boys prediction. You may also visit our dedicated betting previews section for the most up to date previews.