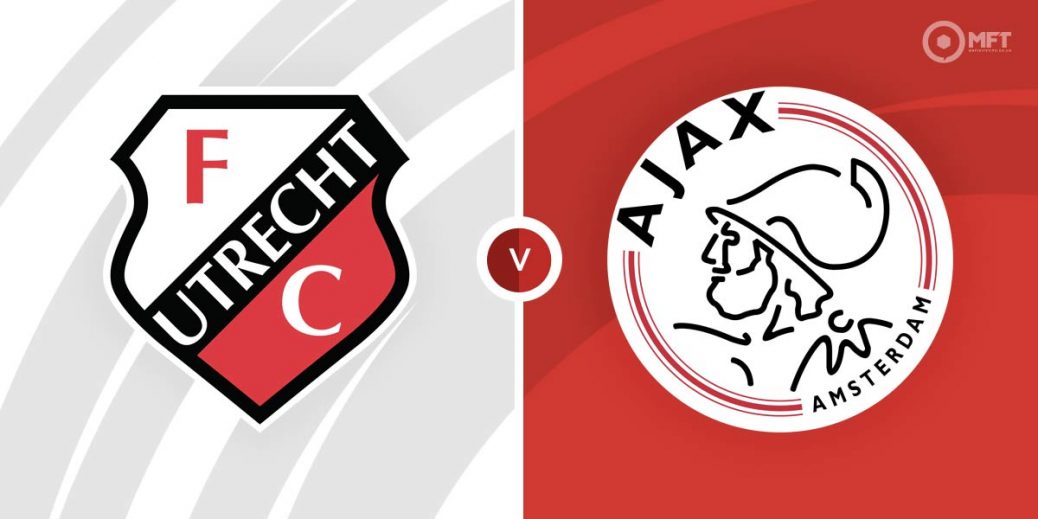 The Dutch Eredivisie makes a return after the winter break with Ajax looking to maintain their pursuit of leaders PSV Eindhoven. The champions are looking to pick up where they left off last year and despite being without top scorer Sebastien Haller, should have too much for their hosts.

Utrecht come into the first game of the new year in poor form having claimed just one win from their last eight matches. They have suffered four defeats in that run and are currently winless in their last five matches.

Rene Hake’s men were held to a 1-1 draw by Twente in their previous Eredivisie fixture. They fell behind early in the first half and had to wait till the fifth minute of added time before getting the equaliser through Mimoun Mahi.

Things have been just as difficult at home for Utrecht, who are winless in their last two matches at Stadion Galgenwaard. They have also struggled at the back lately, conceding seven goals in their last four Eredivisie matches.

Ajax are having another fine campaign and are once again challenging for the Eredivisie title. They are just one point off the pace and with leaders PSV playing later in the day, the champions have a chance to climb to the top of the standings.

Erik Ten Hag’s men had a solid end to 2021 and head into Sunday’s clash with five wins from their last six Eredivisie matches. Their last fixture was a 5-0 victory over Fortuna Sittard with Sebastien Haller netting a brace.

Despite being without Haller, who is representing Ivory Coast at the Africa Cup of Nations, Ajax will still travel to Utrecht with plenty of confidence. They are unbeaten on the road this season and have kept clean sheets in their last seven away matches.

Ajax have been installed as overwhelming favourites at 12/25 with Unibet while an unlikely victory for Utrecht is valued at 13/2 by betfair. A draw is set at odds of 19/5 by Betfred.

Ajax often come out on top in this fixture and have claimed three wins and a draw from the last five matches against Utrecht. Ajax did however suffer a 1-0 defeat in the reverse fixture back in October.

In the absence of top scorer Haller, Dusan Tadic will be the one to watch for Ajax. The Serbian forward has seven Eredivisie goals this season and is priced at 20/21 with bet365 to score anytime.

Ajax also have quality at the other end of the pitch and have kept clean sheets in their last seven Eredivisie away matches. Jurrien Timber and Per Schurrs are expected to continue in central defence and can extend that run at 13/8 with Skybet.

A comfortable victory is expected for Ajax, who can be tipped in the -1 handicap market at 23/20 with Coral. The champions have won to nil in six of their last seven away matches and could be set for a repeat at 41/20 with Unibet.

Ajax have scored in both halves in three of their last four Eredivisie matches and Sunday’s clash could be tipped to follow a similar pattern at evens with Skybet.

This Dutch Eredivisie match between FC Utrecht and Ajax will be played on Jan 16, 2022 and kick off at 11:15. Check below for our tipsters best FC Utrecht vs Ajax prediction. You may also visit our dedicated betting previews section for the most up to date previews.