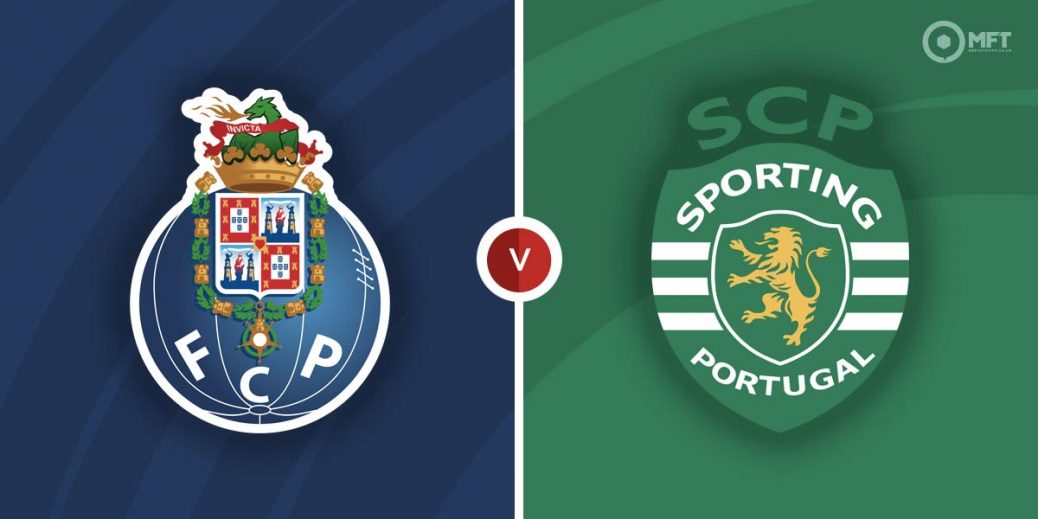 It is a battle of the top two as leaders Porto host bitter rivals and reigning champions Sporting CP in a Friday night Primeira Liga fixture. Porto are the only unbeaten side left in the Portuguese topflight and should have the edge over their closest rivals.

After being run close by Sporting CP for much of the campaign, Porto are slowly beginning to pull away from their rivals. They have opened up a six points gap at the top of the table and are still unbeaten in the Primeira Liga after 21 matches.

There appears to be no stopping Porto at the moment as they are currently on an 11-match winning run across all competitions. Sergio Conceicao’s side lost Luis Diaz in the January transfer window but still won their last two matches without their top scorer, including a 2-0 victory at Arouca last Sunday.

Porto have maintained a 100% Primeira Liga record at the Estadio do Dragao this season with their last home defeat coming in October 2020. However, they are without a clean sheet in their last three matches in front of their fans.

Sporting CP were also victorious last time out in the Primeira Liga as they picked up a 2-0 win over Famalicao. Pablo Sarabia opened the scoring from the spot early in the first half while Matheus Reis added the second after the break.

Ruben Amorim’s men are still the closest challengers to Porto but have fallen away lately. They have looked slightly off colour and were recently beaten 2-1 at home by Sporting Braga while also suffering a 3-2 defeat at Santa Clara.

In the midst all of this, Sporting CP have lost none of their attacking verve as seen in their 4-1 victory over Belenenses in their previous away fixture. However, they continue to struggle to keep things tight at the back and are without a clean sheet in their last five matches across all competitions.

Porto have the upper hand among the bookies and are priced at 21/20 by William Hill to claim the win. A victory for Sporting CP is valued at 14/5 with bet365 while a draw is set at odds of 5/2 by betway.

Porto and Sporting CP have drawn three of their last five meetings, including a 1-1 scoreline in the reverse fixture back in September. The other two matches in that run have been evenly split at one home win apiece.

Luis Diaz’s departure means Mehdi Taremi is now the biggest attacking threat for FC Porto. The striker has 11 Primeira Liga goals this season, including four in his last five matches and is priced at 6/5 by bet365 to get on the score sheet on Friday.

Paulinho often features in attack for Sporting CP and is their top scorer with eight Primeira Liga goals this season. The forward netted a brace in his last appearance on the road and is priced at 6/4 by bet365 to find the net on Friday.

There has been over 2.5 goals in Porto’s last three home matches and a repeat is priced at 5/6 with Sport Nation. Sporting CP’s last away fixture produced over 3.5 goals which is valued at 21/10 by BetVictor.

There has been second half goals for both teams in Porto’s last three home matches and a similar outcome is priced at 11/5 with Paddy Power.

This match between FC Porto and Sporting CP will be played on Feb 11, 2022 and kick off at 20:15. Check below for our tipsters best FC Porto vs Sporting CP prediction. You may also visit our dedicated betting previews section for the most up to date previews.