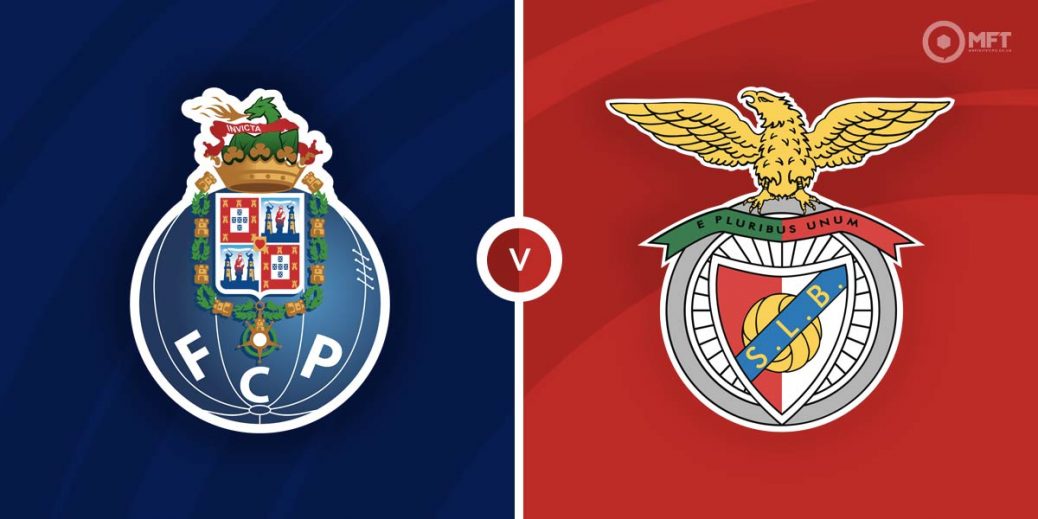 FC Porto and Benfica resume their rivalry with a top of the table Primeira Liga clash on Thursday. The hosts have been consistent and efficient all season and should have the upper hand in this blockbuster fixture.

Porto have been a class above everyone else in Portugal and are currently sitting top of the Primeira Liga. They are well on course for a domestic treble and remain one of two unbeaten teams in the Portuguese topflight.

There was a dress rehearsal for Thursday’s clash last week as Porto claimed a 3-0 victory over Benfica in the Taca de Portugal. Evanilson netted a brace, with an effort from Vitinha sandwiched between both goals.

Home form has been key for Porto, who have won all their Primeira Liga matches at the Estadio do Dragao this season. Manager Sergio Conceicao likes his team to be solid at the back and they have also kept four clean sheets in their last five matches.

Last week’s Cup defeat to Porto is a pointer to how erratic Benfica can be. They struggled match the quality of the Primeira Liga leaders and were second best throughout the encounter.

In the Primeira Liga, Benfica are four points off the pace and that defeat to Porto also shows the gap in quality between them and the top two. They often struggle against the leaders and were beaten 3-1 at home by Sporting CP a few weeks back.

One of the problems for manager Jorge Jesus is Benfica’s poor form on their travels. They have claimed just two wins from their last seven matches across all competitions.

Porto have the upper hand among the bookies with a home win priced at 22/25 by novibet. A victory for Benfica is valued at 33/10 with SBK while bet365 is offering odds of 11/4 for a draw.

Porto have a 35-16 advantage with 16 draws from 67 previous matches against Benfica. They have also won the last three meetings at the Estadio do Dragao, including last week’s 3-0 victory in the Taca de Portugal.

Luis Diaz has been one of the stars for Porto this season and his impressive performances have earned him admirers across Europe. The winger has 12 goals in 15 Primeira Liga matches and is priced at 7/4 by bet365 to score anytime.

Porto have looked solid at the back lately, keeping clean sheets in four of their last five Primeira Liga matches. They have also kept clean sheets in their last two matches, that run could be tipped to continue at 7/4 with Skybet.

Porto have won to nil in their last two matches against Benfica and a repeat could be on the cards at 5/2 with BetVictor. Having claimed a 3-0 victory in the Taca de Portugal, a -1 handicap for the hosts could also be considered at 5/2 with Skybet.

Porto have scored in both halves in four of their last five Primeira Liga matches and Thursday’s clash is likely to follow a similar pattern at 9/5 with Paddy Power.

This English Championship match between FC Porto and Benfica will be played on Dec 30, 2021 and kick off at 21:00. Check below for our tipsters best FC Porto vs Benfica prediction. You may also visit our dedicated betting previews section for the most up to date previews.