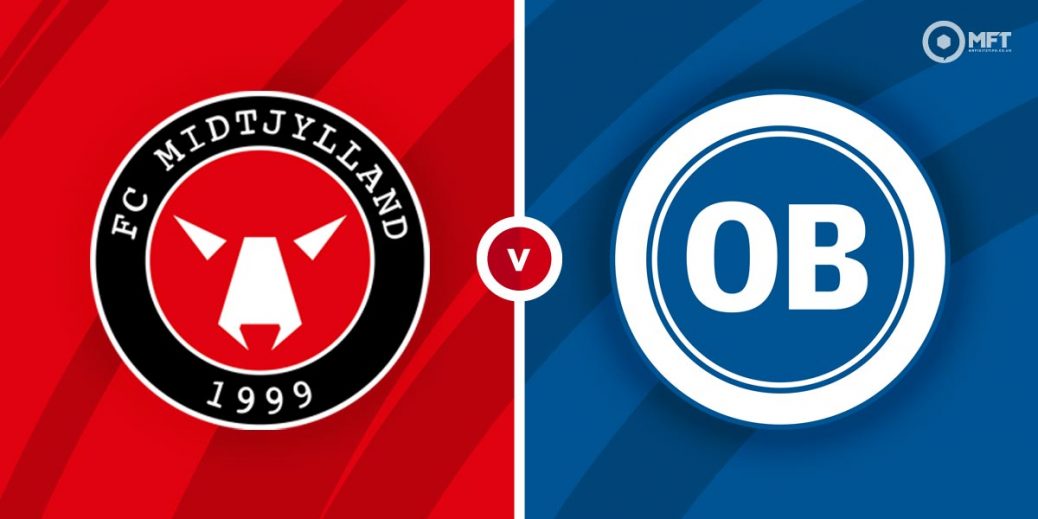 The Danish Superliga kicks off on Friday with FC Midtjylland hosting Odense BoldKlub in their opening fixture at MCH Arena. Midtjylland are expected to be one of the contenders for the title this season and with home form likely to be pivotal to their cause, they will be desperate for a positive start.

FC Midtjylland head into Friday’s season opener off the back of a 2-1 victory over Sigma Olomouc in a club friendly. A fast start saw them race to a two-goal lead thanks to Evander and Junior Brumado and they were able to hold on for the win despite the Czech team pulling one back.

After finishing second last season, just two points behind winners Brondby, Midtjylland will be hoping to go one better this time. Manager Bo Henriksen is likely to be satisfied with his team’s preseason preparations as they claimed three wins from four friendly matches.

Home form is always a pivotal part of Midtjylland’s campaign and having claimed five wins from their final six home matches last season, they will be keen to continue that run. They have shown some defensive vulnerability in recent weeks with no clean sheets in their last three matches across all competitions.

Odense BoldKlub played out a 1-1 draw against Superliga champions Brondby in their final preseason friendly. They fought back from a goal down with Mart Lieder’s effort midway through the second half ensuring a share of the spoils.

Andreas Alm's men are also coming off a solid preseason campaign where they claimed two wins and a draw from three matches. They are targeting an improvement on last season’s eighth place finish and will hope to carry their preseason form into the new campaign.

One problem that plagued Odense for much of last season was their form on their travels. They claimed just one win from their final five away matches last term with a 3-2 defeat to AaB and a 2-0 loss to SonderjyskE highlighting their struggles on the road.

The bookies have installed Midtjylland as favourites with novibet offering 31/50 for a home win. A victory for Odense is priced at 19/4 by MansionBet while a draw is set at odds of 3/1 with Paddy Power.

Midtjylland often do their best work at home and should claim the win here.

Midtjylland have a 34-19 advantage with 14 draws from 67 previous matches against Odense. They have also won three of the last four matches and claimed a 3-0 victory in the most recent meeting between both teams.

Midtjylland will be banking on strikers Sory Kaba and Junior Brumado this season and both men will be hoping to make a fine start to the campaign. Kaba is priced at 3/2 by Skybet to score anytime while bet365 has Brumado at 6/4 in the same market.

Mart Lieder was on target for Odense last time out against Brondby and could be worth keeping an eye on in Friday’s clash. The striker is priced at 17/4 by betway to score anytime.

Midtjylland and Odense’s defensive frailties are likely to see them produce goals on Friday. Over 3.5 goals is priced at 2/1 by William Hill, over 2.5 goals is valued 4/5 by Red Zone while Sport Nation is offering odds of 6/7 on both teams to score.

Midtjylland could be backed to earn a win and over 2.5 goals at 7/5 with bet365 while both teams are likely to score in the second half at 12/5 with the same firm.