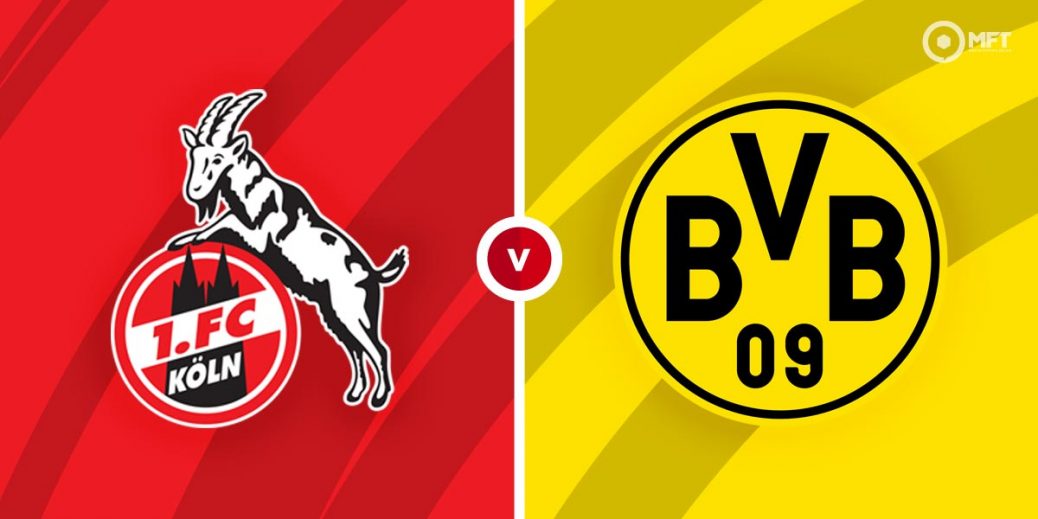 Borussia Dortmund will continue their push for a UEFA Champions League spot with a trip to the RheinEnergieStadion for a clash against Cologne in the German Bundesliga. They have been on a steady rise in recent weeks and should be too strong for the troubled hosts.

Dortmund earned a 2-0 victory over Hertha Berlin in their previous Bundesliga outing. After a scoreless first half, they took the lead through Julian Brandt before Youssoufa Moukoko struck the second on the stroke of 90 minutes.

Edin Terzic’s men have been on the rise in recent weeks and are up to fifth on the table, two points behind Frankfurt in the final Champions League spot. The win against Hertha Berlin was their third in four matches having also beaten Schalke 4-0 in the Revierderby.

Dortmund have also been solid on the road lately with three wins in their last four away matches across all competitions.

Cologne are coming off yet another defeat as they fell 2-1 at Union Berlin last time out in the Bundesliga. Despite taking the lead on the stroke of halftime through an Ondrej Duda penalty, they struggled to hold on and conceded twice after the break.

Markus Gisdol’s men have been inching ever closer to the relegation zone following a run of five matches without a win. They have suffered four defeats in that run, including a 1-0 loss at home to Stuttgart.

Cologne are just one point above the bottom three and could be dragged into the relegation zone if results do not go their way this weekend.

Dortmund are overwhelming favourites among the bookies with SBK offering 8/15 for an away win. Cologne are priced at 6/1 for a home win by bet365 while a draw is set at odds of 19/5 by William Hill.

Dortmund have momentum at the moment and I am tipping them to claim the win on Saturday.

Dortmund have 38 wins while Cologne have claimed 29 victories from 90 previous matches. There have been 23 draws between both teams but Cologne triumphed 2-1 in the reverse fixture back in November.

Edin Terzic’s men have won four of the last five meetings and claimed a 3-1 victory on their last visit to the RheinEnergieStadion.

As always Erling Haaland will be the one to watch for Dortmund with the striker priced at 8/15 to score anytime. The Norwegian has also grabbed the opening goal four times this season and could be worth a punt in the first goalscorer market at 9/4 with Unibet.

Elvis Rexhbecaj is the top scorer for Cologne with five goals and Unibet has the midfielder at 13/2 to score anytime. Striker Sebastian Andersson is also one to watch in the same market at 29/10 with Unibet.

You can also increase the value of your bet by combining markets with betway backing a Dortmund win and over 2.5 goals at 21/20. Erling Haaland’s impressive goalscoring record means he could also be tipped to score two or more goals at 7/4 with bet365.

This German Bundesliga match between FC Cologne and Borussia Dortmund will be played on Mar 20, 2021 and kick off at 14:30. Check below for our tipsters best FC Cologne vs Borussia Dortmund prediction. You may also visit our dedicated betting previews section for the most up to date previews.