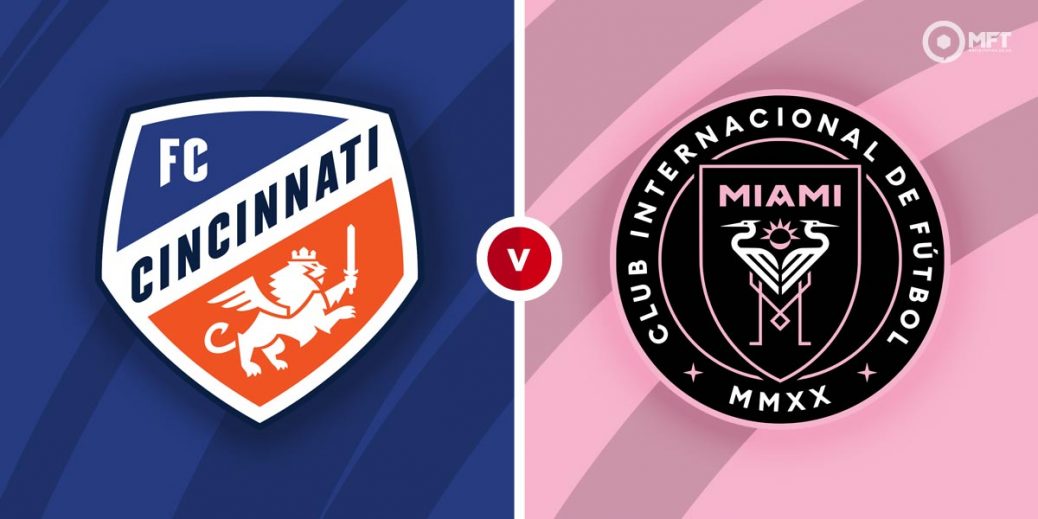 Cincinnati welcome Inter Miami to their newly built TQL Stadium for their first home game of the MLS season. The hosts will be hoping for some home comfort following a poor start to the season but face a difficult task against Miami who are looking to bounce back from their defeat last time out.

Cincinnati remain winless after three matches following a 3-0 defeat at Orlando City in their previous MLS fixture. They fell two goals down before the 20th minute and never recovered from that slow start, finishing without a single attempt on target.

With their Stadium under construction at the start of the season, all three of their matches have been on the road. The Eastern Conference bottom side will be hoping for a positive start at TQL Stadium with home form likely to be pivotal to their success this season.

One problem for manager Jaap Stam is a lack of cutting edge in attack with Cincinnati failing to score in their last two matches. They have also been poor defensively with 10 goal conceded in their opening three matches.

Inter Miami will be left disappointed with their 2-0 home defeat against Montreal Impact last time out in the MLS. They paid the price for a slow start and despite dominating the possession could only muster as single attempt on target.

It has not been a positive start to the campaign for Inter Miami, who are hoping to challenge for a playoff place this season. They are currently 11th on the table after claiming just one win from their opening five matches.

One positive for manager Phil Neville is his team are yet to taste defeat on the road this season. Their only win this term was a 2-1 triumph at Supporters Shield holders Philadelphia Union while they also earned a 0-0 draw against Nashville.

Inter Miami are considered favourites among the bookies with an away win priced at odds of 68/67 by Vbet. A victory for Cincinnati is valued at 11/4 by betfair while a draw is set at odds of 14/5 by bet365.

Miami’s away form should give them the edge over Cincinnati, who have been poor at the start of the season.

Inter Miami claimed a 2-1 victory in their only previous fixture against Cincinnati.

Striker Brenner was a high profile signing from Brazil in the close season and has scored once in three matches for Cincinnati. He could be worth keeping an eye on in the anytime goalscorer market at 7/4 with bet365.

Inter Miami will be hoping Gonzalo Higuain can rediscover his scoring touch as the Argentine striker is without a goal in his last two matches. He has two goals this season and could be worth a punt to score anytime at 12/10 with bet365.

Cincinnati are without a goal in their last two matches and could be backed not to score at 9/5 with Vbet. With the hosts struggling in attack, Inter Miami could be tipped to keep a clean sheet at 7/4 with Betfred.

Inter Miami are likely to score first at 7/10 with betway while the visitors could be backed to score in both halves at 28/15 with Vbet.

This MLS match between FC Cincinnati and Inter Miami will be played on May 16, 2021 and kick off at 21:00. Check below for our tipsters best FC Cincinnati vs Inter Miami prediction. You may also visit our dedicated betting previews section for the most up to date previews.