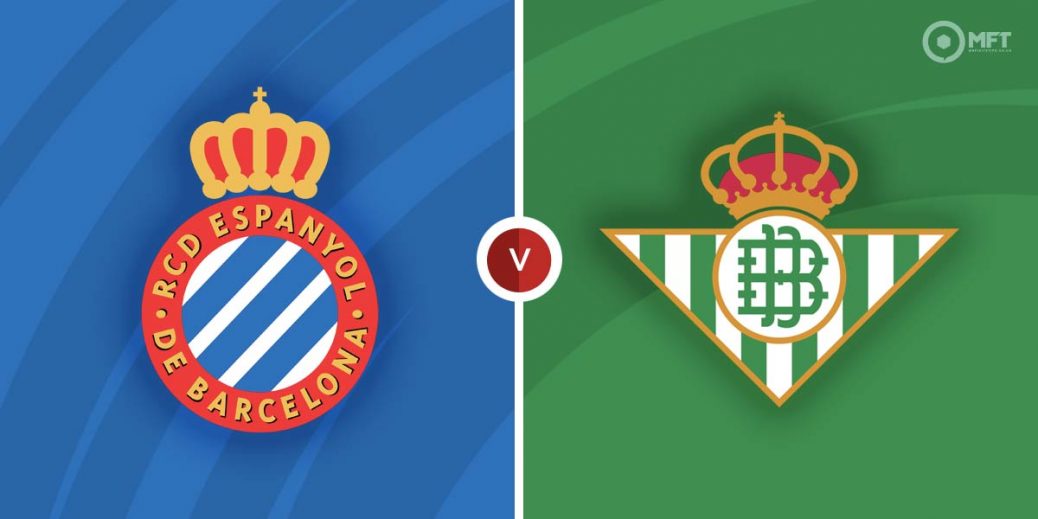 Espanyol are looking to make a push for the top half of the table as they host Real Betis in a Friday night La Liga fixture. Betis have also shown some good form since the turn of the year and given the results in recent meetings, both teams look set to cancel each other out.

Espanyol are in the bottom half of the table but will have plenty of reasons to be satisfied with their campaign on their return to the topflight. They are just one point off the top 10 and have claimed a few big scalps this season.

Things have not been particularly smooth for Espanyol lately with just one win from their last four matches across all competitions. They were held to a 2-2 draw by Cadiz in their previous La Liga fixture with Raul de Tomas netting a late equaliser.

One thing that has kept Espanyol going this season is their record at the RCDE Stadium, where they have claimed major scalps like Real Madrid and Real Sociedad. Vincente Moreno’s men head into Friday’s clash with just one defeat in their last eight La Liga home matches.

Real Betis are also having a fine campaign and are challenging near the top of the table. While they are unlikely to catch leaders Real Madrid, a top four finish and a return to the UEFA Champions League looks achievable.

Manuel Pellegrini’s men have made a solid start to the new year and are unbeaten in their last four La Liga matches. They were rampant in their previous fixture, claiming a 4-0 victory over Alaves with Borja Iglesias netting a brace.

Real Betis have also shown some consistency on their recent travels and are unbeaten in three of their last four away matches. Their last fixture on the road was a 1-1 draw at Rayo Vallecano with Sergio Canales getting their goal.

Real Betis have the edge among the bookies at 6/4 with MansionBet while a victory for Espanyol is valued at 29/13 by Vbet. BetVictor is offering odds of 12/5 for a draw.

There have been three draws in the last four matches between Espanyol and Real Betis. Both teams also battled to a 2-2 draw in the reverse fixture back in September.

Raul de Tomas continues to impress for Espanyol and has now scored 11 La Liga goals this season. The striker was also on target last time out against Cadiz and is priced at 7/5 with Unibet to get on the score sheet on Friday.

Loren Moron is the leading scorer for Real Betis this season with 12 La Liga goals and will be the one to watch on Friday. The striker was also on the score sheet last time out against Alaves and is priced at 15/8 by Vbet to once again find the net.

There were over 3.5 goals in the reverse fixture and a similar outcome is priced at 23/10 with BetVictor. Over 2.5 goals could also be considered at 11/12 with SBK, who are also offering 13/19 on both teams to score.

The reverse fixture also produced more goals before the break so the first half could be tipped as the highest scoring half at 5/2 with Coral.

This La Liga match between Espanyol and Real Betis will be played on Jan 21, 2022 and kick off at 20:00. Check below for our tipsters best Espanyol vs Real Betis prediction. You may also visit our dedicated betting previews section for the most up to date previews.