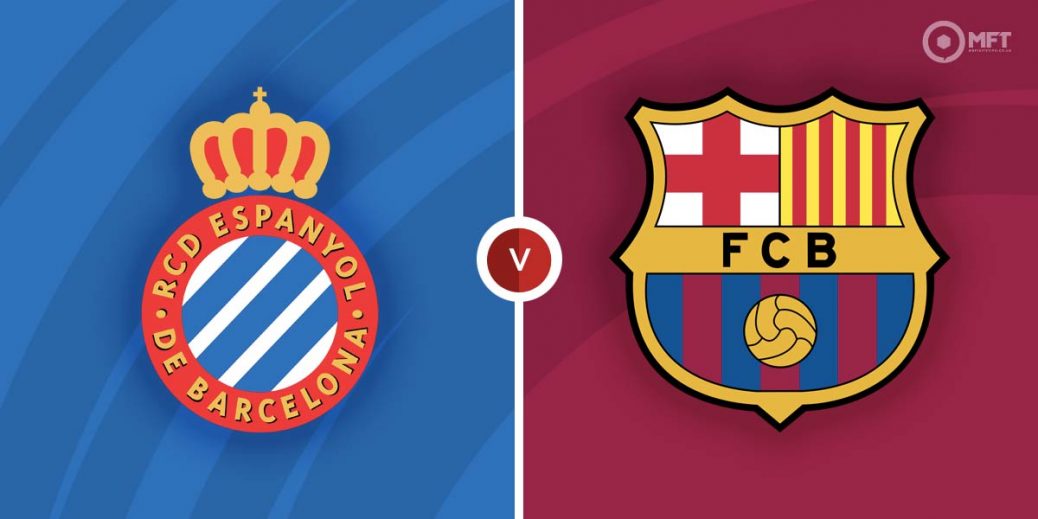 It is the Catalan derby on Sunday as Barcelona travel to the RCDE Stadium for a La Liga clash with city rivals Espanyol. Barca will be brimming with confidence following their win over Atletico Madrid and should pick up where they left off against their struggling neighbours.

Espanyol head into Sunday’s clash winless in their last five matches across all competitions. They have suffered four defeats in that run and are currently in the bottom half of the table.

Vincente Moreno’ men suffered a 2-1 defeat at Athletic Bilbao in their previous La Liga fixture. They made a fast start and took an early lead through Tony Vilhena but were quickly pegged back and conceded the winner all before the 20th minute.

The RCDE Stadium has not been a good hunting ground for Espanyol lately as they have lost their last two home matches. Their most recent fixture in front of their fans was a 4-1 defeat to Real Betis.

Barcelona are flying high at the moment after claiming a 4-2 victory over Atletico Madrid last time out. They fought back from a goal down with Jordi Alba, Gavi, Ronald Araujo and Dani Alves all on the score sheet.

It was an impressive victory for Barcelona and manager Xavi will also be pleased with the performance as they showed glimpses of their trademark attacking quality. Sitting fourth on the standings and following the acquisition of Pierre Emerick-Aubameyang and Adama Traore, they look well poised to seal one of the Champions League spots.

Barcelona have also shown some good form on their recent travels and are unbeaten in their last seven away matches. They have won two of the last three fixtures on the road, claiming 1-0 victories over Mallorca and Alaves.

Barcelona are considered overwhelming favourites among the bookies at 39/50 by novibet while a victory for Espanyol is priced at 4/1 by bet365. William Hill is offering odds of 16/5 for a draw.

Barcelona are unbeaten in the last five matches against Espanyol, claiming four wins in that run. They triumphed 1-0 in the reverse fixture in November with Memphis Depay getting the only goal.

Memphis Depay remains an injury doubt for Barcelona so one of the January recruits could be worth keeping an eye on. Pierre Emerick-Aubameyang is likely to be handed a start on Sunday and is priced at 27/20 with Vbet to get on the score sheet.

Barcelona have also shown some defensive solidity in recent weeks, particularly on the road with two clean sheets in their last three away matches. Ronald Araujo and Gerard Pique should continue in central defence and can lead the team to another clean sheet at 33/20 with Coral.

Barcelona have won to nil in four of their last five matches against Espanyol and could be set for a repeat at 9/4 with bet365. Given the performance last time out, a -1 handicap can also be considered for the visitors at 41/20 with novibet.

Barcelona’s recent defensive record means they could also be tipped as the only team to score on Sunday at 9/4 with bet365.

This La Liga match between Espanyol and Barcelona will be played on Feb 13, 2022 and kick off at 20:00. Check below for our tipsters best Espanyol vs Barcelona prediction. You may also visit our dedicated betting previews section for the most up to date previews.