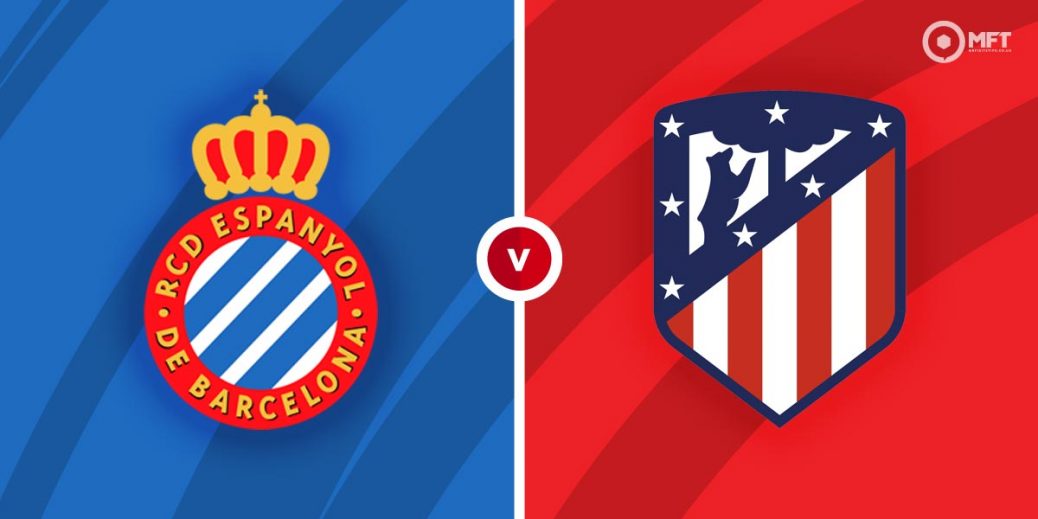 Atletico Madrid are set to maintain their unbeaten start to the season when they travel to the RCDE Stadium for a clash against Espanyol in the Spanish La Liga. The hosts have struggled to find their feet at the start of the campaign, so Atletico should have the upper hand here.

Espanyol suffered a 1-0 defeat against Mallorca in their previous La Liga fixture. They fell behind midway through the first half and despite seeing more of the possession and creating a few chances, failed to find a way back into the contest.

Vincente Moreno's men were surprisingly relegated at the end of the 2019-20 season following a disastrous campaign but made an immediate return to La Liga. They have made a similar start this term and have failed to secure a win in their opening three matches.

Not only are Espanyol without a win this season, they are also without a goal this term, a run stretching back to their last eight La Liga matches.

Atletico Madrid failed to maintain their 100% record in La Liga as they were held to a 2-2 draw last time out by Villarreal. The Madrid club twice came from behind with Luis Suarez netting the first equaliser while they also benefitted from an own goal deep into added time.

Despite the result, manager Diego Simeone is likely to be satisfied with his team’s start to their title defence as they are yet to taste defeat this season. The champions claimed two wins prior to the draw against Villarreal and are one of several teams on seven points on the table.

Atletico Madrid still have a lot more to cheer about after bolstering their attack with the return of Antoine Griezmann. The striker is expected to form a fine partnership with Luis Suarez, although fans may have to wait before seeing them play together with the Uruguayan currently recovering from an injury.

Atletico Madrid have the edge among the bookies with a win priced at 66/67 with SBK. Espanyol are considered outsiders at home at 33/10 with SBK, who are also offering odds of 5/2 for a draw.

Atletico Madrid have the upper hand in this fixture with 21 wins and 13 draws while Espanyol have claimed 16 victories. The champions were unbeaten against Espanyol last season, earning a 3-1 victory at home before playing out a 1-1 draw in the reverse fixture.

Atletico Madrid have kept just one clean sheet this season but are still considered one of the best defences in La Liga. Given Espanyol's attacking problems, the defensive trio of Stefan Savic, Jose Gimenez and Mario Hermoso will be confident of another clean sheet at 5/4 with Paddy Power.

Luis Suarez is still doubtful with injury so Antoine Griezmann will be the one to watch for Atletico Madrid. The striker will be targeting a goal on his second debut and could be backed to score anytime at 13/8 with Vbet.

Atletico Madrid are likely to keep a clean sheet on Sunday, and could be backed to earn a win to nil at 2/1 with BetVictor. A -1 handicap for the champions could also be considered at 3/1 with Skybet.

Atletico Madrid have found the net in all three of their matches and with Espanyol still without a goal, the champions could be tipped as the only team to score at 15/8 with bet365.

This La Liga match between Espanyol and Atletico Madrid will be played on Sep 12, 2021 and kick off at 13:00. Check below for our tipsters best Espanyol vs Atletico Madrid prediction. You may also visit our dedicated betting previews section for the most up to date previews.