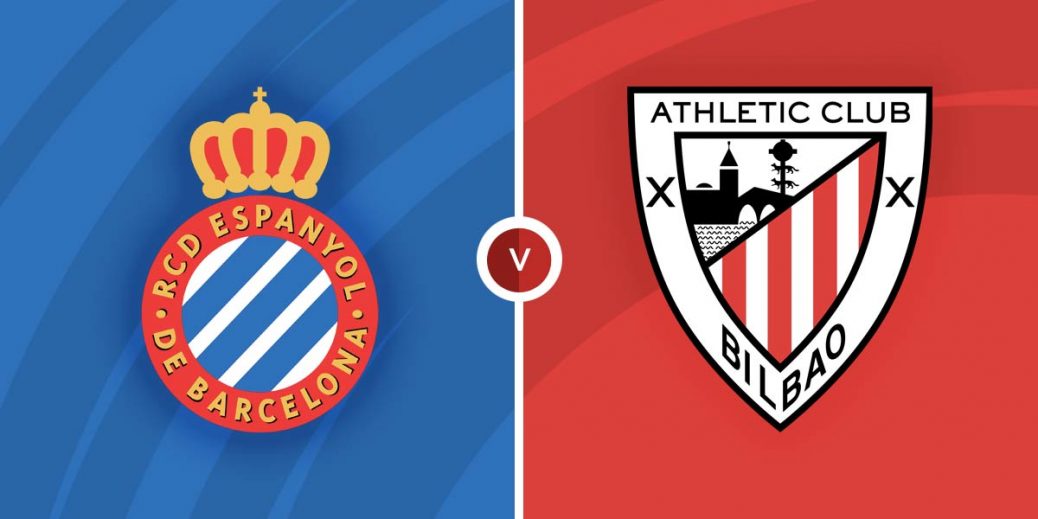 Athletic Bilbao are aiming for a third straight Spanish La Liga victory as they travel to the RCDE Stadium for a midweek La Liga fixture with Espanyol. The hosts have also shown some good form in recent weeks are expected to put up a strong showing against Bilbao.

After enduring a difficult start to the campaign where they failed to win any of their opening five matches, things appear to be smoothening out for Espanyol on their return to La Liga. They head into Tuesday’s clash with just one defeat in their last five matches.

Espanyol’s recent good form has seen them claim the scalp of Real Madrid at home. Vincente Moreno’s men have won their last three matches at the RCDE Stadium and will be looking to maintain that run.

Espanyol’s defensive vulnerability was on show in the 2-2 draw last time out against Elche as they failed to hold on for the win despite coming from behind to lead through Manu Morlanes and Raul de Tomas.

Athletic Bilbao will travel to Espanyol full of confidence after going unbeaten in their last three La Liga matches. They have been on a steady rise up the table and are now just two points behind champions Atletico Madrid in fourth place.

Marcelino’s men were victorious in their previous La Liga fixture as they triumphed 2-1 at home over Villarreal. Raul Garcia's early opener was cancelled out by the visitors before Iker Munain sealed the win from the spot midway through the second half.

Athletic Bilbao are unbeaten in their four matches on the road this season, although three of those outings have ended in draws. Like their hosts, they also struggle to keep things tight at the back and have conceded in three of their last four La Liga matches.

The bookies are split on this one with SBK offering 20/11 for an Espanyol win while a victory for Athletic Bilbao is priced at 9/5 by bet365. A draw is set at odds of 21/10 by betway.

Espanyol have a 22-15 advantage with 19 draws from 56 previous matches against Athletic Bilbao. Both teams have drawn two of the last three fixtures, including a 1-1 scoreline in the most recent meeting at the RCDE Stadium during the 2020/21 season.

Raul de Tomas is the man in form for Espanyol at the moment and has scored in his last three La Liga matches. Paddy Power has the striker at odds of 7/4 to score anytime on Tuesday.

Athletic Bilbao have multiple goal threats but Raul Garcia could be worth keeping an eye on after scoring in his last two La Liga matches. The midfielder is priced at odds of 16/5 to score anytime by betfair.

There has been BTTS in two of the last three matches between Espanyol and Athletic Bilbao and a similar outcome is priced at 19/17 with SBK. Both teams saw over 2.5 goals in their previous fixtures and could be set for a repeat at 13/8 with betfair.

Espanyol and Athletic Bilbao appear evenly matched at the moment and could also be tipped to battle to a halftime draw at 39/40 with SBK.

This La Liga match between Espanyol and Athletic Bilbao will be played on Oct 26, 2021 and kick off at 20:00. Check below for our tipsters best Espanyol vs Athletic Bilbao prediction. You may also visit our dedicated betting previews section for the most up to date previews.