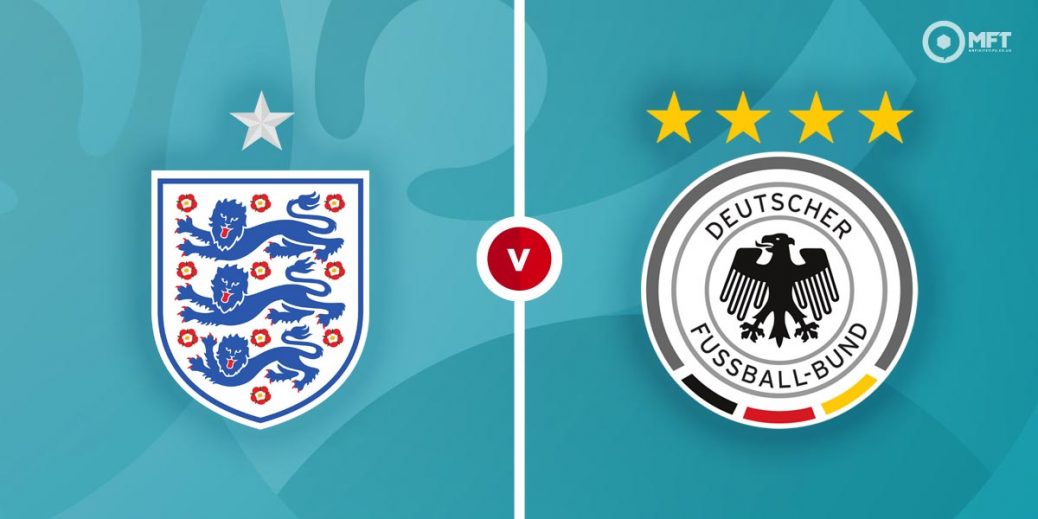 OLD enemies England and Germany meet in arguably the biggest game of Euro 2020 so far on Tuesday at Wembley with two nations who have yet to really hit the heights set to go head to head.

Gareth Southgate's men suffered severe criticism after drawing at home with Scotland, but spirits were lifted among Three Lions fans with a more encouraging display against the already-qualified Czechs in their last group game.

For Germany, they have played one game where it was the Germany of old where they battered Portugal in a thrilling 4-2 win. However, they followed that up with a desperate struggle to rescue a 2-2 draw at home to Hungary which was enough to squeeze them through in a roller-coaster evening in Munich.

Both nations have issues over just who should be in the best XI and both of them have players who appear to be badly off-form during this tournament….hiya Harry Kane and Leroy Sane.

At least England have looked solid at the back and have yet to concede a goal – the same certainly can't be said of the Germans with Joachim Low unsure of his team for this game.

And for all the merited comment of German experience at tournament football, it's hard to escape the conclusion that England have a fantastic chance of beating their rivals.

England are narrow favourites and can be backed at 8/5 with Tonybet. Die Mannschaft are as big as 2/1 with Unibet. The draw is 23/10 with 888Sport.
The hosts are 4/5 to qualify for the quarter-finals and Germany are evens. As for the famous penalty shootouts between the countries? Both sides are 10/1 to win on penalties with bet365.

The last time the sides met was in a friendly four years ago in a goalless draw at Wembley seen below. The last time the nations met in a tournament was at the 2010 World Cup when Germany romped to a 4-1 hammering of England in South Africa.

It's been well documented about Harry Kane's lack of goals and contribution so far, but he's too good for that and he should get plenty of opportunities from a generous German defence certainly on the evidence so far. The 37/20 with Unibet for him to score anytime looks too good to turn down.

Kai Havertz has yet to fire on all cylinders yet either really, but unlike Kane, he has two goals to his name at this tournament. The 4/1 with Betfred for the Chelsea man to score in London looks very attractive.

Germany are capable of clicking – their win over Portugal was their best performance for years. However, they have been scratching about for form for a long time now and they don't appear to have the happiest of camps.

England are a long way from being the finished article either, but they have room to grow and improve and with Kane and Phil Foden yet to hit anything near the heights, they look to have more scope to improve than the Germans.

It's unlikely to be a classic – there's too much at stake for that, but England can edge it.

In an encounter that could easily turn fiery, the 9/4 with bet365 for the busy Kalvin Phillips to be booked appeals – he's avoided a card so far in the tournament, but he was cautioned 12 times this season.

This Euro 2020 match between England and Germany will be played on Jun 29, 2021 and kick off at 17:00. Check below for our tipsters best England vs Germany prediction. You may also visit our dedicated betting previews section for the most up to date previews.