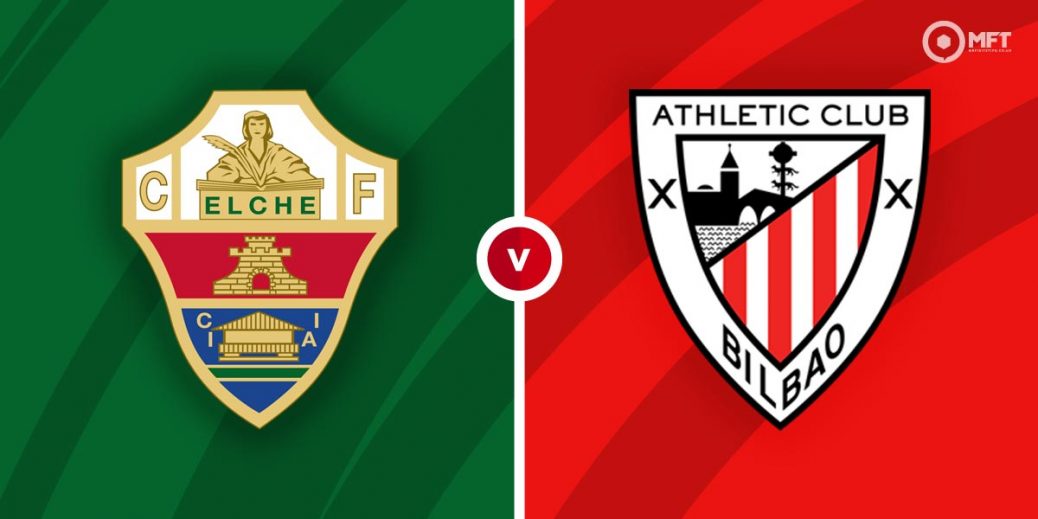 Elche host Athletic Bilbao in a Monday night Spanish La Liga fixture at the Estadio Manuel Martinez Valero. Both teams are looking to make positive starts flowing disappointing campaigns last term and are likely to cancel each other out for a draw.

Elche struggled last season on their return to La Liga as they barely escaped relegation. They spent much of the campaign in the lower half of the table with only the bottom three claiming fewer than their eight wins.

Fran Escriba's men go into the new campaign looking to avoid a repeat of last term’s problems, although they didn’t look particularly convincing in preseason. Elche picked up two wins and two draws from five warm up matches but were beaten 2-1 by Levante in their last outing.

One of the problems for Elche last season was a lack of cutting edge in attack with Lucas Boye their top scorer with seven goals. They do not appear to have addressed that issue as their biggest transfer deal this summer was making Boye's loan deal permanent.

Athletic Bilbao were also not at their best last season and finished 10th, 15 points behind the top six. They had mixed fortunes in preseason and head into Monday’s opener off the back of a 1-1 draw against Liverpool in their final warm up fixture.

Like Elche, Athletic Bilbao also struggled in attack last season with top scorer Alex Berenguer scoring just eight goals. However, they made up for it by being solid at the back and were among the best defences in La Liga last term.

Athletic Bilbao’s policy of signing Basque-only players makes it difficult to improve their squad with defender Alex Petxa their only acquisition this summer. This means manager Marcelino goes into the season with the same group of players and Bilbao are likely to face similar problems from last term.

The bookies have Athletic Bilbao as favourite with a win priced at 23/20 with betway. A victory for Elche is valued at 3/1 with SBK, who is also offering odds of 40/17 for a draw.

Both teams appear to have similar problems at the moment and look set to battle to a stalemate.

Athletic Bilbao have a 3-2 edge with two draws from seven previous matches against Elche. Both teams also won their home fixture last season.

Given Elche's problems in attack, they will be keen to tighten up at the back. Antonio Barragan and Gonzalo Verdu are likely to start in central defence and will be targeting a clean sheet at 5/2 with SpreadEX.

Athletic Bilbao will be looking to replicate some of their defensive discipline from last season. They still have central defenders Yeray Alvarez and Unai Nunez and can keep a clean sheet at 5/4 with betway.

With Elche and Athletic Bilbao both struggling in attack and keen to tighten up at the back, there are likely to be few goals here. Their last three meetings have produced under 2.5 goals and a similar outcome is priced at 20/31 with MansionBet.

Both teams could be backed to not score at 16/19 with SBK while nether team to score could also be considered at 13/2 with bet365. A halftime draw could also be on the cards at 13/12 Vbet.

This La Liga match between Elche and Athletic Bilbao will be played on Aug 16, 2021 and kick off at 21:00. Check below for our tipsters best Elche vs Athletic Bilbao prediction. You may also visit our dedicated betting previews section for the most up to date previews.