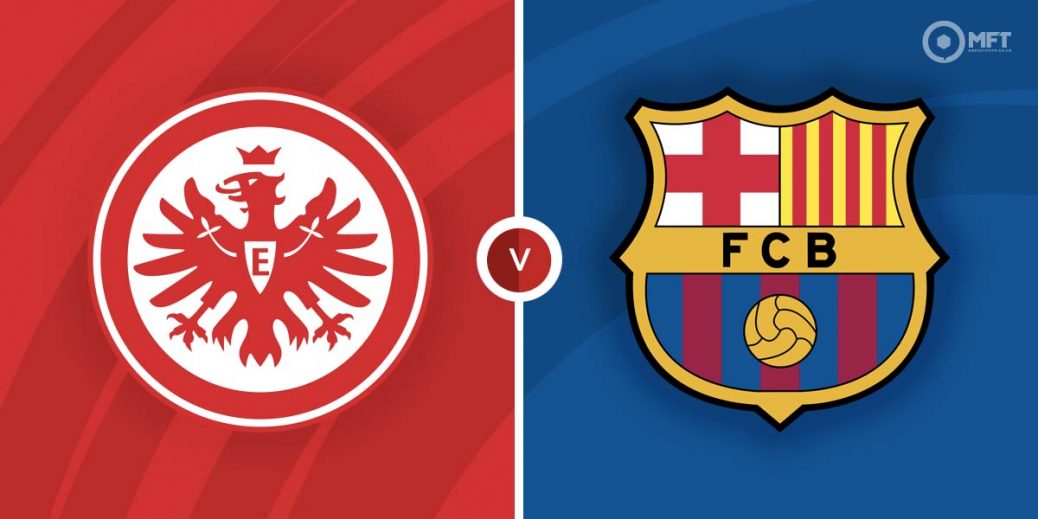 BARCELONA travel to Germany for the first leg of their Europa League quarter finals to meet an Eintracht Frankfurt side who have overachieved in Europe, but have struggled in the Bundesliga.

The once-might Catalans might not quite be restored to their Lionel Messi-inspired glory days yet, but one of their legends, Xavi, has done a pretty good job in pushing them back in the right direction.

They could hardly be approaching their trip in better fettle. They have won eight out of nine games and drawn the other. That draw put them in peril because it was at home to Galatasaray in the previous round, but they showed their class by going to Turkey and winning easily.

Most eye-catching of all of course, was their 4-0 demolition of Real Madrid in El Clasico at the Bernabeu. Barca followed that up with a 1-0 win against Sevilla at the weekend.

Eintracht keep plodding along in their league. Their weekend 0-0 draw against Greuther Furth was their second goalless stalemate in a row and they sit marooned in mid-table.

However, they deserve plaudits for eliminating Real Betis in the last round after extra time and they won the first leg in Spain too. Impressively, they have also won at Fenerbahce, Olympiacos and Royal Antwerp in the Europa League this season.

Barcelona are odds-on as you would expect, but at 8/11 with Unibet, they are certainly within range for a single.

Somewhat surprisingly for two clubs with impressive European pedigree, they have never met before in any competition.

Here's action from Eintracht's draw at the weekend.

Eintracht's last goalscorer that wasn't an own goal came four games ago and it was Daichi Kamada. The Japanese international has seven goals for the season and is 5/1 to score anytime with bet365.

Pierre-Emerick Aubameyang has been an inspired signing for Barca and he has scored nine in his last nine games including two against Real Madrid and one at Galatasaray. He is 5/4 to score anytime with bet365.

Eintracht Frankfurt have punched above their weight to reach the last eight of the competition, but an in-form Barca should be much too strong for them.

It's something of a surprise Xavi's men can be backed at 8/11 and that has to be snapped up. With the hosts not renowned recently for scoring many goals and Barca having kept clean sheets in four of their last five games, the visitors' price of 12/5 to win to nil with Unibet is begging to be backed.

This UEFA Europa League match between Eintract Frankfurt and Barcelona will be played on Apr 7, 2022 and kick off at 20:00. Check below for our tipsters best Eintract Frankfurt vs Barcelona prediction. You may also visit our dedicated betting previews section for the most up to date previews.