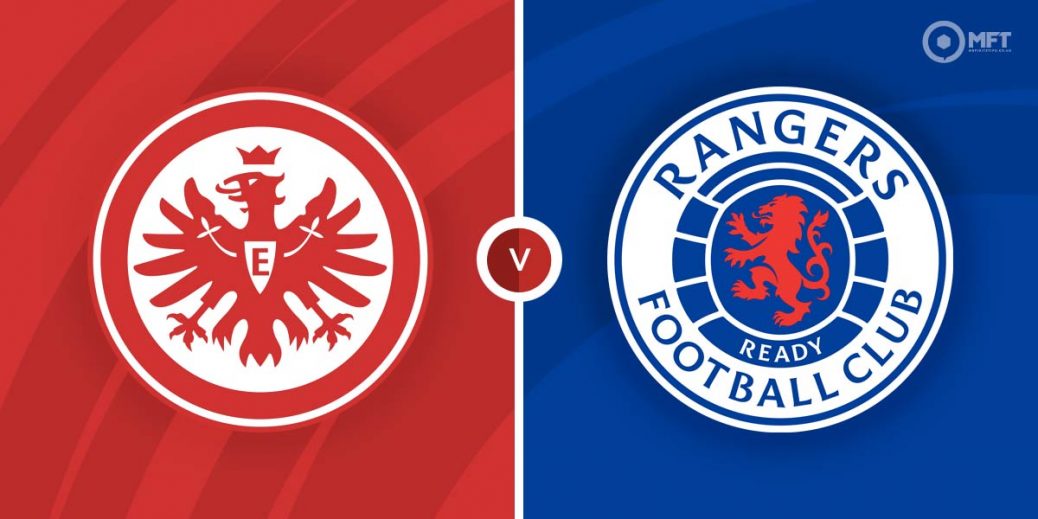 RANGERS face their date with destiny on Wednesday as they aim to win the Europa League for the first time.

Standing in their way of history are an Eintracht Frankfurt who looked equally as unlikely to reach the Seville showdown at the start of the competition.

But there's no question both clubs deserve to be in Spain. Rangers defeated Borussia Dortmund, Red Star Belgrade, Braga and RB Leipzig on the way to the final – all more than decent teams.

And the Frankfurt side eliminated sides like Real Betis, who would have been desperate to play the final in their own city, West Ham United by beating them home and away in the semi-finals and most impressively of all Barcelona, who they beat 3-2 at the Nou Camp.

Rangers boast the tournament's top scorer James Tavernier who has been a revelation in this competition although Alfredo Morelos is out.

Eintracht are sweating on the fitness of the Bundesliga's Rookie of the Year Jesper Lindstrom, who is rated 50/50 to make the game.

These are two of the biggest supported teams in the world and with thousands of Germans and Scots set to miss out on tickets, there could be as much interest off the pitch as on it.

Eintracht Frankfurt are the bookies favourites and fairly decisive ones at that. They are 17/12 with SBK. Rangers are 21/10 with bet365 and have already been backed. That price might not last. The draw is 12/5 with Paddy Power.

The Germans are 4/6 with Boylesports to lift the trophy and Rangers are 6/5 with Betfred.

They have only played in one tie competitively. Back in 1960, the clubs clashed in the European Cup semi-finals. Eintrach won 6-1 in West Germany and 6-3 in Glasgow.

But they were hammered at Hampden themselves in the Final when Real Madrid beat them -3.

James Tavernier is the top scorer in the competition with seven goals. He not only takes the penalties, but has a happy knack of popping up in the box to get on the end of moves too. He is 4/1 with Paddy Power to score in Spain.

Colombian hitman Rafael Borre netted the only goal against West Ham in the semi-final and scored in the weekend at Mainz. He is 7/4 to score with bet365.

Rangers have defied bookies odds throughout this tournament and they look too big to do it again. In truth, there's not much between the teams. Both are dangerous and both are vulnerable too.

But Eintracht drew twice in the Bundesliga against an RB Leipzig team that Rangers eliminated and lost home and away to Borussia Dortmund.

At 21/10, Rangers simply have to be backed, especially against a team who could only finish 11th in the Bundesliga – 16 points behind RB Leipzig.

There should be goals in this game. Eintracht are far from impregnable at the back – they haven't kept a clean sheet in their last six Bundesliga games. But it's far from certain Rangers will keep a clean sheet too. Go for over 2.5 goals at 10/11 with bet365.

Rangers will use the wings to their advantage. That should add up to them getting plenty of corners and they are 8/5 to win more than Eintracht Frankfurt with Unibet.

This UEFA Europa League match between Eintracht Frankfurt and Rangers will be played on May 18, 2022 and kick off at 20:00. Check below for our tipsters best Eintracht Frankfurt vs Rangers prediction. You may also visit our dedicated betting previews section for the most up to date previews.