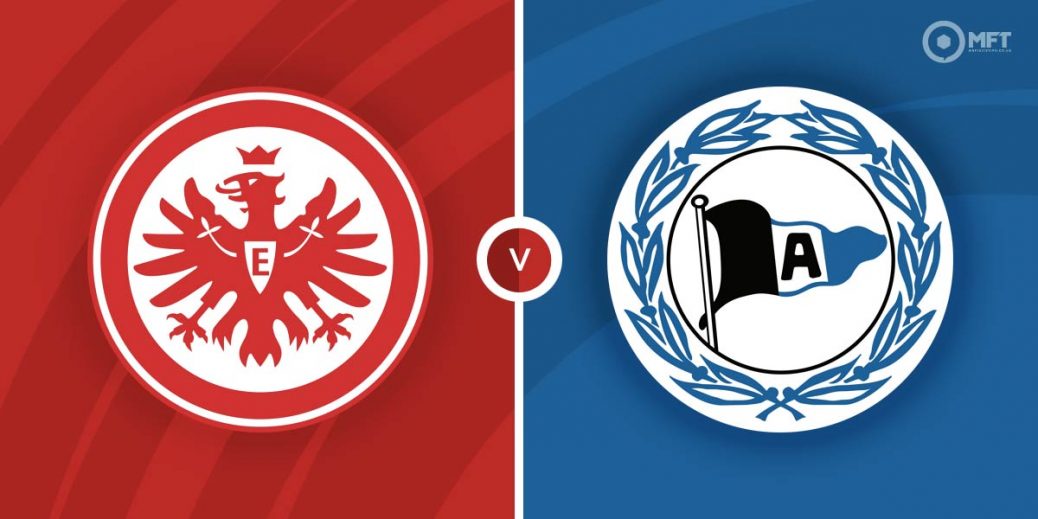 Eintracht Frankfurt will be looking to come out of a mini slump as they host Arminia Bielefeld in a Friday night Bundesliga fixture. Resurgent Bielefeld could make things difficult but Frankfurt are still solid at home and should have the edge here.

Frankfurt have endured an erratic campaign this season. They are currently eighth on the table, three points behind fourth placed Hoffenheim and will still harbour hopes of finishing in the top four.

The task for Frankfurt will be to climb out of a mini slump having failed to secure a win in their last two matches. They were held to a 1-1 draw at Augsburg in their previous Bundesliga fixture with Daichi Kamada’s early strike cancelled out by the hosts.

In the midst of all their recent struggles, Deutche Bank Park has remained a fortress for Eintracht Frankfurt. Oliver Glasner’s men have won three of their last four home Matches, including an impressive 5-2 victory over Bayer Leverkusen.

Arminia Bielefeld have spent much of the season battling near the bottom of the table but things appear to be turning around in recent weeks. They are unbeaten in their last four matches and are now just one point from safety.

Frank Kramer’s men travel to Frankfurt off the back of a 2-2 draw with bottom side Greuther Furth in their previous Bundesliga fixture. Masaya Okugawa opened the scoring early in the contest while Gonzalo Castro netted a late equaliser to salvage a point.

One thing that still needs improvement is Arminia Bielefeld’s record on the road with just two wins from their last nine away matches. They also need to tighten up at the back having conceded four goals in their last two Bundesliga matches.

Eintracht Frankfurt have the upper hand among the bookies and are priced at 4/5 by Unibet to claim the win. A victory for Arminia Bielefeld is valued at 21/5 by Vbet while a draw is set at odds of 14/5 by BetVictor.

Eintracht Frankfurt have a 14-8 advantage with 11 draws from 33 previous matches against Arminia Bielefeld. Both teams battled to a 1-1 draw in the reverse fixture but Frankfurt have won two of the last four meetings with a 5-1 victory among the results in that run.

Eintracht Frankfurt have multiple attacking threats but Rafael Santos Borre is their leading scorer with six goals. The striker scored a brace in Frankfurt’s previous home fixture and is priced at 13/8 with bet365.

Much of Arminia Bielefeld’s goals this season have come from midfield with Masaya Okugawa finding the net seven times so far. The midfielder has also scored in his last four appearances and is priced at 31/10 by Vbet to maintain that run.

Eintracht Frankfurt have produced over 3.5 goals in two of their last three home matches and a repeat could be on the cards at 85/40 with BetVictor. Over 2.5 goals could also be considered at odds of 9/11 with SBK.

Both teams have a knack for early goals and could be backed to score in the first half at 31/10 betfair.