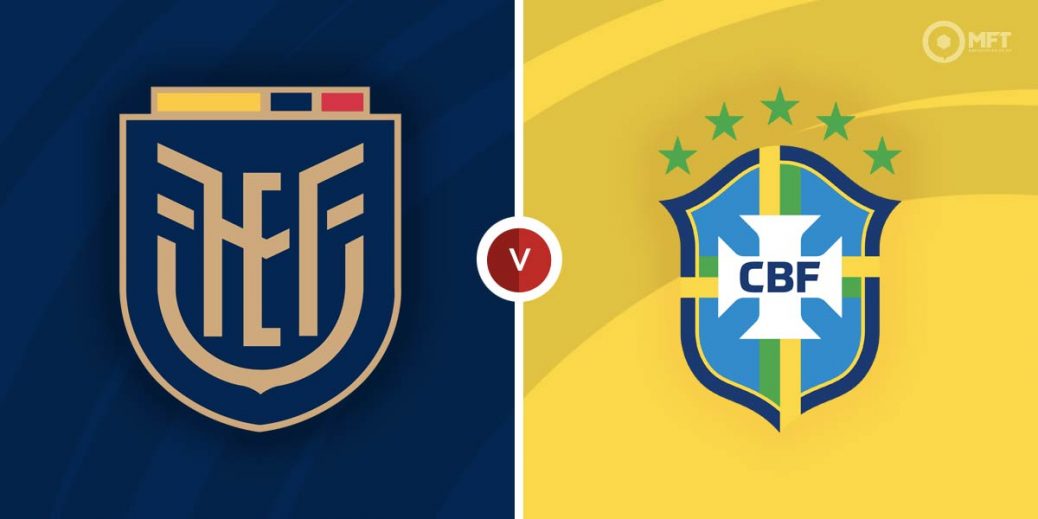 South America's marathon 2022 World Cup qualifiers continue this week as Ecuador host Brazil. The hosts are pushing for one of the automatic qualification spots and should have enough to hold out for at least a draw against already qualified Brazil.

Ecuador appear to have hit their stride in the South American World Cup qualifiers where they are unbeaten in their last five matches. They are sitting comfortably in one of the automatic qualification spots and look well on course to secure a berth in Qatar.

Gustavo Alfaro’s men earned a 2-0 victory over Chile in their previous qualifying fixture back in November. They struck early through Pervis Estupinan and had to wait till deep into added time before doubling their lead.

Ecuador have been almost unstoppable at home and have claimed three wins and a draw from their last four matches in Quito. That run has been driven by a solid defence that has kept clean sheets in all four matches.

Brazil have led the South American qualifiers from the start and hold a six-point lead over rivals Argentina. Tite’s men have already secured a berth at the Qatar World Cup and are now looking to maintain their unbeaten run for the rest of the campaign.

La Selecao were held to a 0-0 draw by Argentina last time out in the qualifiers. They struggled to find their spark in the absence of PSG forward Neymar and could only muster two attempts on target throughout the contest.

Neymar is once again ruled out for Brazil which means they could find things difficult against a stubborn Ecuadorian backline. However, they remain as solid as ever at the back and have bolstered their rear-guard by recalling veteran fullback Dani Alves.

Brazil have the upper hand among the bookies at 13/10 with Coral while a victory for Ecuador is valued at 23/10 by BetVictor. A draw is set at odds of 12/5 by Unibet.

Brazil have an 11-2 advantage with three draws from 16 previous matches against Ecuador. The Brazilians also claimed a 2-0 victory in the reverse fixture but were held to a 1-1 draw when both teams met at Copa America last June.

Ecuador are usually solid at the back, particularly in Quito where they have kept clean sheets in their last four qualifying matches. Felix Torres and Piero Hincapie are the preferred centre-back options and can ensure that run continues at 23/10 by betfair.

Brazil have been driven by a solid defence in recent times with Thiago Silva and Marquinhos often partnering at centre-back. Both men can ensure the five-time world champions keep a third straight clean sheet at 17/19 with betfair.

Ecuador and Brazil have built their recent form on a solid defence which means there are likely to be few goals on Thursday. Under 2.5 goals could be considered at 8/13 with BoyleSports, who is also offering odds of 20/23 or BTTS NO.

A halftime draw could also be on the cards on Thursday 21/20 with Unibet.

This World Cup match between Ecuador and Brazil will be played on Jan 27, 2022 and kick off at 21:00. Check below for our tipsters best Ecuador vs Brazil prediction. You may also visit our dedicated betting previews section for the most up to date previews.