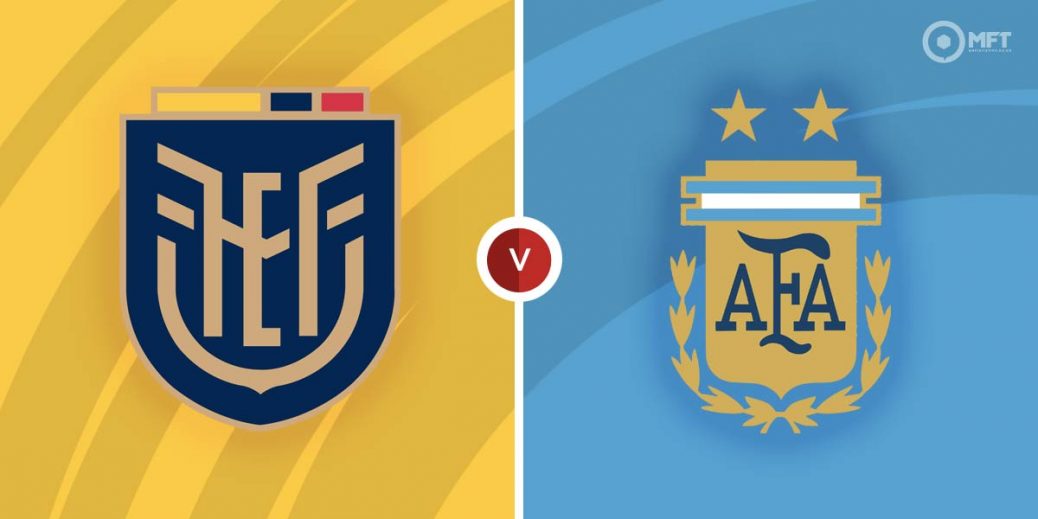 Ecuador host Argentina in a Qatar 2022 World Cup qualifier with both teams already through to the tournament and playing for pride. The Argentines are still unbeaten and will be banking on their superior quality to give them the edge.

Ecuador have already secured a place at the World Cup in Qatar despite not being heavily fancied to claim one of the automatic slots. They are guaranteed a third-place finish and are looking to end their campaign with an eye-catching result in their final fixture.

It was not all smooth sailing for Ecuador in the South American qualifiers as they began with a narrow 1-0 defeat to Argentina. Over the course of the campaign, Gustavo Alfaro’s men claimed a number of positive results, including a 6-1 victory over Colombia and a 2-0 triumph in Chile.

However, the Ecuadorians appear to have lost their way slightly, failing to win their last three matches. They suffered a 3-1 defeat to Paraguay in their previous fixture but advanced regardless following Peru’s defeat in Uruguay.

Argentina are always heavily fancied to qualify for the World Cup and have lived up to expectations in this campaign. Alongside Brazil, they are one of two teams still unbeaten in the qualifiers, claiming 11 wins and five draws from their 16 matches.

Lionel Scaloni’s men have gotten better as the qualifiers progressed and have claimed six wins from their last seven matches. They beat Venezuela 3-0 in their previous fixture with Nico Gonzalez, Angel Di Maria and Lionel Messi getting the goals.

Argentina’s forward players have delivered in the qualifiers, but it’s their defence that has caught the eye with eight clean sheets in their last nine qualifying matches.

Argentina have the upper hand among the bookies at 66/67 with SBK while a victory for Ecuador is valued at 10/3 by Coral. William Hill is offering odds of 11/5 for a draw.

Argentina often come out on top in this fixture and have won the last four matches against Ecuador. They claimed a 1-0 victory in the reverse fixture and also triumphed 3-0 when both teams met at Copa America last year.

Lionel Messi may be struggling to find his feet at PSG but remains as influential as ever with Argentina. The attacker has five goals in his last four matches against Ecuador and is priced at 13/10 by bet365 to get on the score sheet.

Argentina have also impressed at the back lately and with Nicolas Otamendi and German Pezzella expected to partner in central defence, the visitors will be targeting a clean sheet at 6/5 with Betfred.

Argentina boast a superior attack and having opened the scoring in the last three meetings with Ecuador, could be backed to score first on Wednesday at 7/10 with Coral. They have also won to nil in the last two meetings and could be set for a repeat at 19/10 with Unibet.

The Argentines claimed a 3-0 victory over with Ecuador at Copa America making a -1 handicap a good punt at 29/10 with BetVictor.

This World Cup match between Ecuador and Argentina will be played on Mar 30, 2022 and kick off at 00:30. Check below for our tipsters best Ecuador vs Argentina prediction. You may also visit our dedicated betting previews section for the most up to date previews.