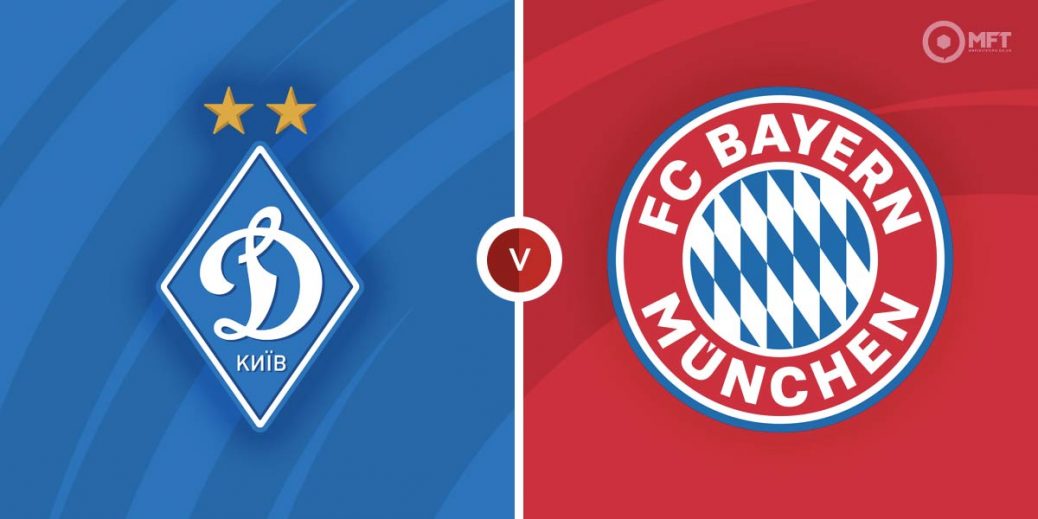 BAYERN MUNICH have already effortlessly cruised through to the next round in the Champions League and will be confirmed as group winners if they can avoid defeat on Tuesday at Dynamo Kiev.

These teams have been at the opposite scale in this group with Bayern proving they are one of the favourites for this tournament with four wins out of four.

But Kiev have yet to record a win in their four games and have only one solitary point. They have also yet to even score. It should be a mismatch in Ukraine if this form continues.

In terms of the group picture, Bayern would also finish top if Barcelona don't beat Benfica. Dynamo must beat Bayern and hope Benfica beat Barcelona to stay in contention to reach the round of 16. They will be confirmed in fourth place if they lose and Benfica do not, or if Dynamo draw and Benfica win.

At the weekend, Bayern returned to action on Friday night at Augsburg, but were stunned in a shock 2-1 defeat.

Dynamo were also in action on Friday night when they hammered Chornomorets Odesa 6-1.

Despite Bayern having secured qualification, they are still enormous favourites at a best-priced 5/19 with SBK and they will be the bedrock of plenty of punters' coupons.

Bayern hammered Kiev 5-0 in Bavaria in the reverse fixture back in September as can be seen below.

Dynamo can take some historical hope because in the last twice Bayern have visited, they lost 2-0 in 2000 and drew 3-3 a year earlier.

Classy Ukraine international Viktor Tsygankov is Dynamo's dangerman with nine goals this season and he's 11/4 with bet365 to do what no other Dynamo player has done so far and score in this group on Tuesday.

Robert Lewandowski is a machine, but he takes it to new levels in his favourite competition as he proved by notching a hat-trick in his 100th appearance.in the competition in a romp against Benfica. The Pole has ‘just; the 28 goals this season in 23 games for club and country.

Presuming Bayern don't completely take their eye off the ball, it should be a case of how many against a Dynmao Kiev side who are clearly out of their depth in this group.

They are likely to sit back, but that's a dangerous game against a team who have rattled in 17 goals in four games already and it's hard to see them not winning this in a canter too.

The 20/21 with Boylesports on them scoring three or more is about as close to a value punt you will get here, along with Unibet's 6/5 for the Germans to win to nil, given Kiev's lack of goals.

This UEFA Champions League match between Dynamo Kiev and Bayern Munich will be played on Nov 23, 2021 and kick off at 17:45. Check below for our tipsters best Dynamo Kiev vs Bayern Munich prediction. You may also visit our dedicated betting previews section for the most up to date previews.