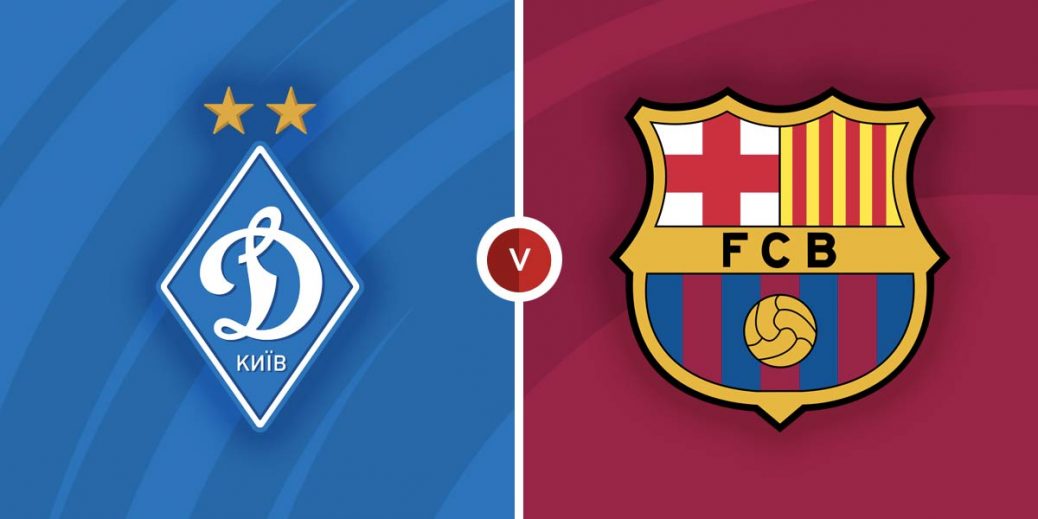 BARCELONA'S crisis seems to deepen by the day so the last thing they need right now is a trip to Ukraine where a defeat to Dynamo Kiev would all but end their hopes of Champions League progress.

Having already lost 3-0 to both Bayern Munich and Benfica, another defeat in Kiev would leave Barca in a scrap with Dynamo just for the right to drop down into the Europa League.

It would be foolish to write Dyanmo off for this one given the Catalan giants have gone three games without a win and are without a manager after Ronald Koeman's sacking.

To make matters worse, striker Sergio Aguero was forced off during Saturday's dispiriting Nou Camp with Alaves due to a heart scare and spent the weekend in hospital undergoing tests.

A dark cloud is hovering over the Nou Camp so Dynamo will fancy their chances of avenging the 1-0 defeat they suffered in Barcelona on Matchday Three, a match where our man Mark cashed in by backing Kiev in the handicaps.

That's one of just two losses the Ukrainian giants have suffered all season, the other coming against mighty Bayern, and Benfica had to settle for a point on their trip to Kiev.

I'm surprised to see Dynamo as big as 9/2 with SBK and plenty of punters will fancy a nibble given Barcelona's problems. They are also available at 27/20 in the double chance market with SportNation and that's tempting too.

The best price for a Barca win is just 7/10 with the same firm while the draw is 31/10 with BetVictor.

These Euro heavyweights have faced off 11 times, with Barcelona claiming eight wins and Dynamo just three. They also met in the Chanmpions League groups last season, with the Catalans winning 4-0 in Ukraine (below) after a 2-1 victory at the Nou Camp.

Vitaliy Buyalsky is a creative spark for Dynamo and has chipped in with six goals already this season. The Ukraine international is 13/2 with McBookie for anytime scorer and that's a pretty good price.

Memphis Depay has been one of the few Barcelona success stories this season and took his tally to 12 for club and country this term with a weekend goal against Alaves. The Dutchman is 13/10 with Unibet for another strike here.

Dynamo Kiev have drawn a blank so far in the group and have played it pretty cagey so far, drawing 0-0 with Benfica then losing just 1-0 in Barcelona. They might see this as their best chance to claim a famous victory over wounded Barca and be a bit more open but I'm still going to bet against a thriller.

Under 2.5 goals pays 19/17 with SBK while betting against both teams to score is 6/5 with SportNation. A one-goal winning margin for either team also appeals at 6/4 with McBookie.

Barcelona won 11 corners in the last meeting as they tried to break down Kiev's defence so it could pay to back more of them for this clash. To find odds-against, you have to go to over 10.5 corners at 6/5 with SBK.

This UEFA Champions League match between Dynamo Kiev and Barcelona will be played on Nov 2, 2021 and kick off at 20:00. Check below for our tipsters best Dynamo Kiev vs Barcelona prediction. You may also visit our dedicated betting previews section for the most up to date previews.