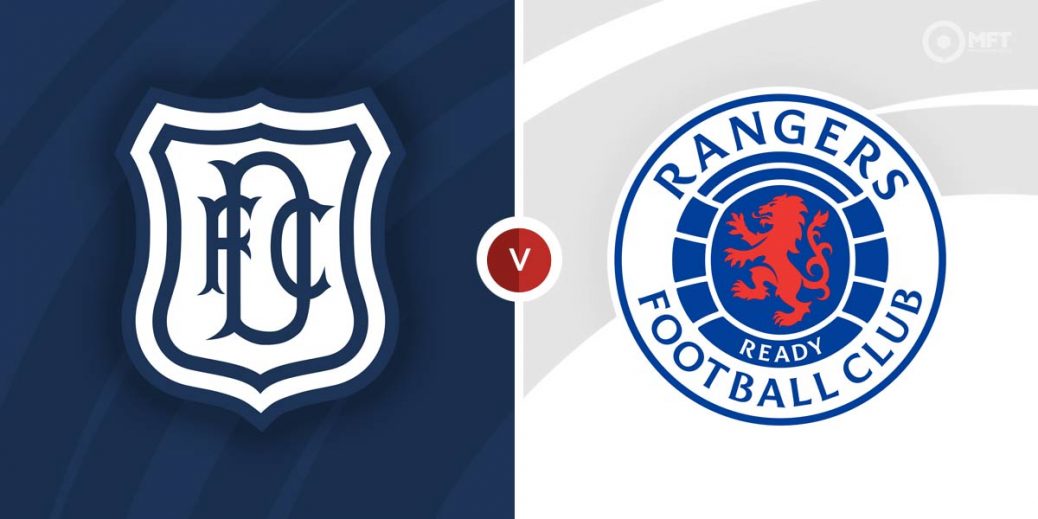 DUNDEE welcome Rangers in the Scottish Cup quarter-finals as they bid to end a 112-year wait to win the trophy.

Giovanni van Bronckhorst's side were in Thursday night Europa League action against Red Star Belgrade and produced another memorable night with a stunning 3-0 first leg win which surely ends the tie barring an incredible collapse in Serbia.

They can take a welcome break from the league, but they will want to get through to the last four in a competition they have significantly underachieved for too long.

Dundee are in a major survival scrap against the drop and they haven't been helped with key players and beleaguered new manager Mark McGhee going down with illness.

In fact, McGhee has already all but written off the Cup insisting he would be prioritising the relegation battle in the Premiership instead.

They lost to a last minute goal at home to St Mirren in midweek and that must have been a major boot in the youknowwhats to the club.

McGhee's controversial appointment has predictably not exactly given them the new manager bounce they were hoping for too.

Rangers are warm favourites at 1/3 with McBookie.com. The hosts can be backed at 19/2 with BetVictor and the draw is 9/2 with bet365.

Rangers struggled to win on their last visit to Dens Park this season and eventually edged out their hosts 1-0 thanks to a missed penalty from Jason Cummings. They have won the last three meetings between the sides, but Dens Park is far from a happy hunting ground for Rangers., having failed to win on their three prior visits to the ground.

Former Rangers kid Zak Rudden will have a point to prove here and he had a fine start to the season with Partick Thistle. He's only scored once so far fro Dundee since his winter move and could be a spot of value at 4/1 with bet365.

Rangers skipper James Tavernier is always worthy of a shout. He takes the penalties too and scored a double against Borussia Dortmund an also converted against the Serbs in midweek. He's 13/5 to score in Tayside.

This might be a trickier tie than the layers believe for Rangers, who always seem to get a real test at Dundee. The hosts have nothing to lose and might just have a go against a Rangers side who must be tired after their midweek exertions.

They won 1-0 on their last trip here and a one-goal winning margin could be the call in Tayside again at 11/4 by SportNation.

Dundee managed to score two goals at Parkhead against Celtic and will get chances against Rangers. The Rangers win and both teams to score appeals at 12/5 with bet365

This Scottish Cup match between Dundee and Rangers will be played on Mar 13, 2022 and kick off at 16:00. Check below for our tipsters best Dundee vs Rangers prediction. You may also visit our dedicated betting previews section for the most up to date previews.